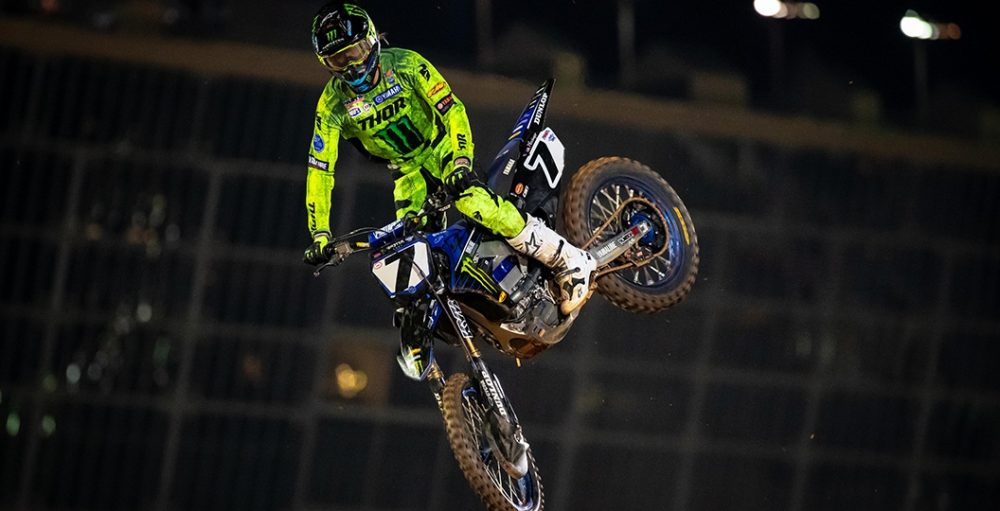 The broadcast team for 2021 Monster Energy Supercross has come under fire in recent weeks, hence why a change that has been made for Salt Lake City 1 should pique interest. Daniel Blair will take the seat that’s been shared by Todd Harris and Leigh Diffey this year, and sit alongside Ricky Carmichael as the play-by-play commentator at SLC 1.

Seeing as Blair will be handling his on-track duties, which are an integral part of the race broadcast, Jeremy Albrecht (former team manager of the JGR team) will jump in as a pit reporter and make his on-screen debut. Another interesting change for the broadcast of the penultimate round. One would think that these changes are being trialled for 2022 Monster Energy Supercross; it would not be a surprise to see this become the norm. Official communication from Feld Entertainment is below.

STAMFORD, Conn. – April 21, 2021 – The 2021 Monster Energy Supercross season continues this Saturday, April 24 with round 16 from Rice-Eccles Stadium in Salt Lake City, Utah, live at 7 p.m. ET on NBCSN. Saturday kicks off a two-week residency in Salt Lake City with the season finale Round 17 taking place Saturday, May 1 at 10 p.m. ET. Host, Daniel Blair joins Ricky Carmichael in the booth for the play by play of round 16.