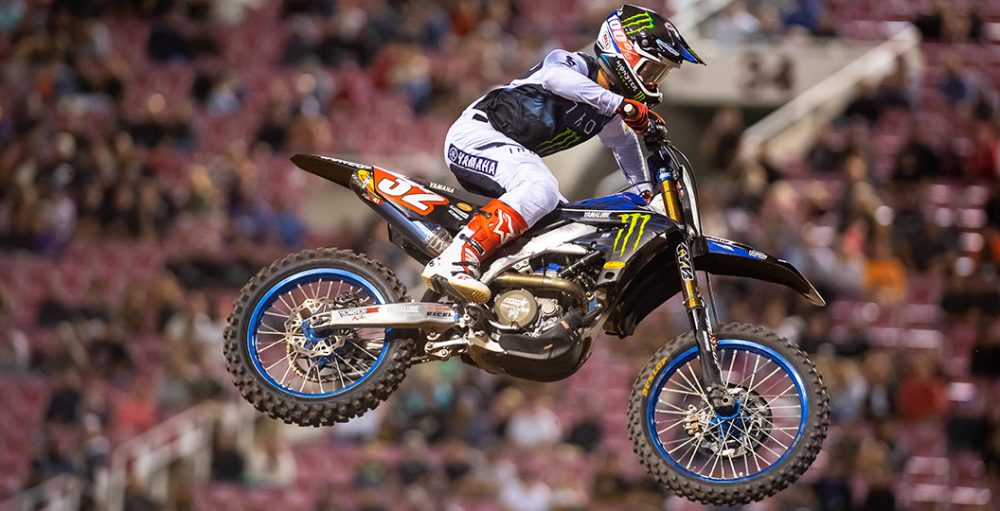 2022 Monster Energy Supercross is just around the corner, believe it or not. NBC Sports and Feld Motor Sports unveiled the telecast schedule earlier this week, which includes great news for fans across the globe. There will be three live events and 17 hours of coverage on the actual NBC channel. All of the rounds will be streamed live on Peacock, just like the season that just passed, and there will be a special preview show on NBC on Christmas Day. All very exciting!

There will be news about the Supercross Video Pass in the coming days, but international viewers will be able to watch all of the races live on that platform again. It really is an impeccable service and one that has transformed the lives of supercross fans across the globe. It used to be so difficult to follow the events outside of the United States! News on that service will be published on MX Vice as soon as it is made available by the folks at Feld Motor Sports.

NBC Sports’ 2022 Supercross race action begins with the season opener from Angel Stadium in Anaheim, Calif., live on Saturday, Jan. 8, at 10 p.m. ET on CNBC, marking a return to the state where the series has begun the season 24 of the past 25 years after beginning last season in Texas.

The 2022 season culminates with the season finale from Rice-Eccles Stadium in Salt Lake City, Utah, on Saturday, May 7, at 8 p.m. ET on CNBC, with an encore presentation airing on Sunday, May 8, at 1 p.m. ET on NBC.

Peacock exclusively streams a supercross race for the first time in 2022 from Angel Stadium on Sat., Feb. 12. All supercross heats, qualifiers and live and on-demand replays of races will be available on Peacock.

Veteran NBC Sports motorsports commentators Leigh Diffey and Todd Harris will handle play-by-play duties for supercross coverage in 2022. They’ll be joined by five-time supercross champion and seven-time premiere class motocross champion Ricky Carmichael as analyst, and reporters Daniel Blair and Will Christien. Blair will serve as the play-by-play commentator for a select number of races.