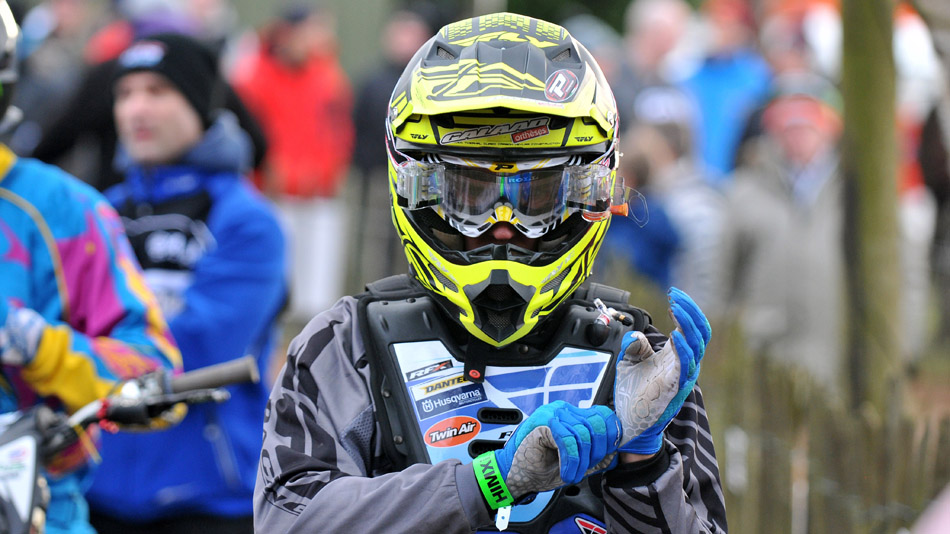 Having not hosted a major event since 2009, Landrake Moto Park will be the venue for the opening round of the eight round Maxxis ACU British Motocross Championship again on Sunday March 16th.  Riders from all over Europe will be competing in the eight feature races, but for the first time in many years a British winner is forecast by many.

When  qualifying sessions take to the all round viewing  track at 9am prompt the MX2 class (250cc machines) will have several younger riders attempting to break into the big time and with last year’s champion, Elliot Banks-Browne moving into the premier MX1 class (450cc machines) there will be a new name on the trophy at the end of the year. Latvian Matiss Karro will start as favourite as he is an established Grand Prix regular who will be competing in Quatar and Thailand either side of his Cornwall visit. Fellow Grand Prix traveller, Mel Pocock will also want to get his season off to a good start.

However, the main focus of attention will be the main MX1 class. Winner of the final Grand Prix of 2013, Scottish exile Shaun Simpson is focused on lifting his first MX1 title, but he is likely to be hunted down by Jake Nicholls, Bad Brad Anderson and last year’s champion, Kristian Whatley.  Local interest will feature on Alex Snow from Tiverton who has now established himself as a top five contender and has been training specifically for this championship over the winter months.

The hillside circuit has some spectacular features on the 1700 metre track including the Landrake Leap. The whole event is being filmed for transmission on Sky Sports approx two weeks after the event, but fans who would like to witness the action close up should arrive early. The qualifying sessions start at 9am with the first of eight championship races (three each for MX1 and MX2 whilst the Veterans class has two) goes of the start line at 12.15pm.

Landrake is situated just 500 metres from the main A38 Trunk Road between Plymouth and Liskeard.

Further information on Teams and Riders can be found on the championship website www.mxgb.co.uk