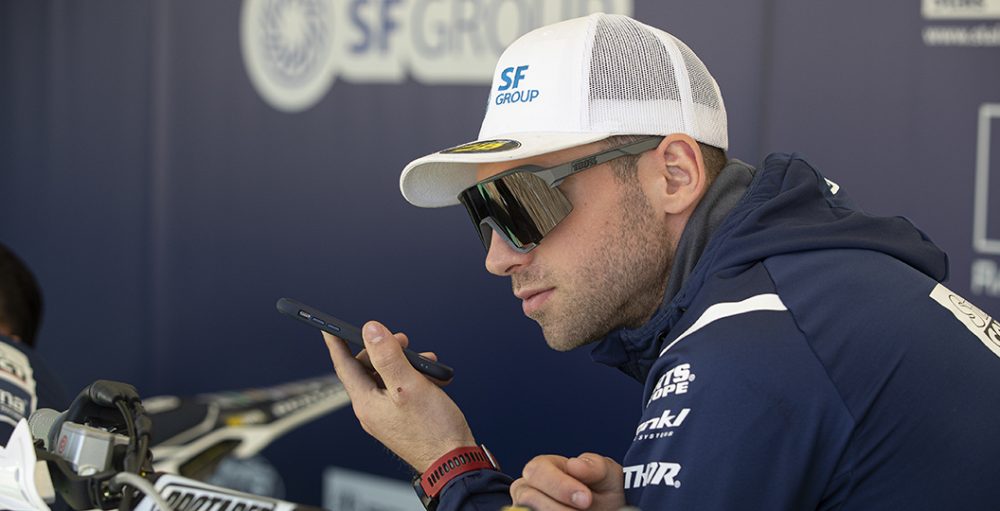 Brian Bogers suffers a dislocated shoulder, out of MXGP of Patagonia-Argentina.

Brian Bogers was arguably the star at round two of the 2022 FIM Motocross World Championship; he came oh so close to a maiden podium finish in the premier division. Fortune can change quite quickly in this sport though, unfortunately, and he is now on the sidelines with a dislocated shoulder, after falling with F&H Kawasaki Racing’s Jed Beaton on lap one of the qualifying heat. MX Vice can confirm that Beaton is fine and will compete tomorrow, after catching up with him in Argentina this evening.

“Dislocated shoulder for Brian Bogers. Thanks to the medical unit @MXGPArgentina for the good care.” – Standing Construct Husqvarna Factory Racing

Bogers’ injury coincided with a return to form for his teammate, Pauls Jonass, who moved from the lower half of the top five to win the qualifying heat. Jonass has only recently returned from injury himself, as he suffered from tendonitis in the off-season and had surgery to fix it in the days prior to round one. Jonass returned at round two, but his stitches popped out and he had to go beneath the knife again just last week! Again, fortunate can change quite quickly in the FIM Motocross World Championship.