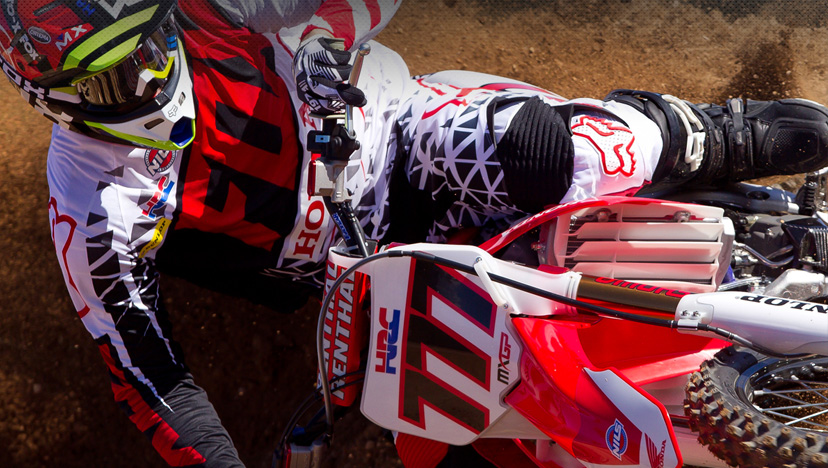 Yesterday, Wednesday 12 March, Team HRC rider Evgeny Bobryshev underwent a successful surgical procedure to repair his damaged ankle. He has had a plate added to his fibula to repair the effects of a past injury that had hindered his speed in both the Motocross Grands Prix of Qatar and Thailand these past two weekends. With ten days of recovery until Bobby can return to riding, the swift medical attention means he has sufficient time to return to action at the next round of the FIM Motocross World Championship, the Motocross Grand Prix of Brazil on 29-30 March.

Evgeny Bobryshev – “I went to the hospital yesterday in Belgium where they fixed a plate onto my fibula. From the pain in Qatar and Thailand I thought it was cracked a little, but when the doctors operated they found it was actually broken and the bone had moved a little so they had to reposition it. The operation went well though and I was home within a few hours. Now I’m resting totally, and visiting the doctors again every three to five days to check on the healing. As the pain gets less I’ll start some light training again, but I’m not rushing it as I don’t want again to make a mistake and ride again too soon. It’s still early, but at the moment we are planning to race in Brazil.”