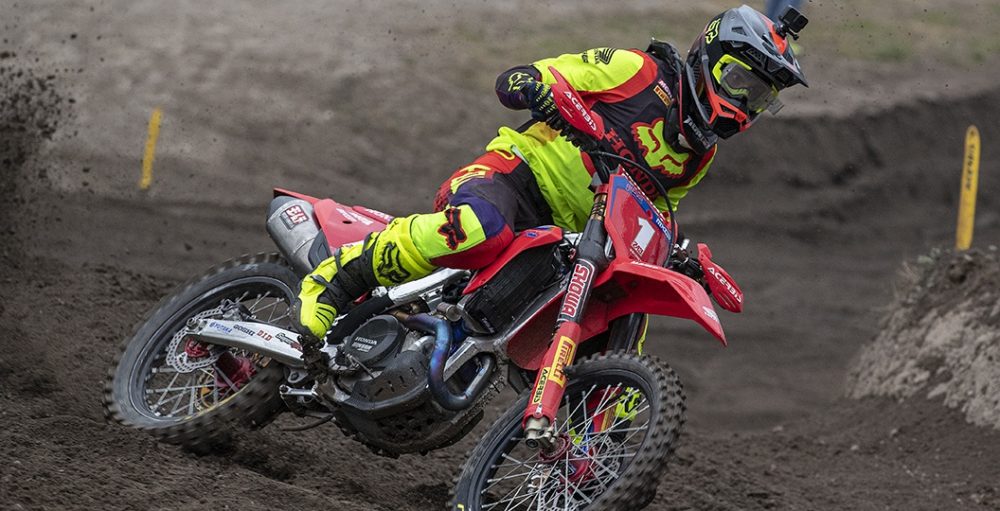 Tim Gajser wrapped up the 2020 FIM Motocross World Championship in the same way that he finished the previous term, by claiming the premier-class title by an incredible margin. The points from the two seasons would lead one to think that they were almost identical, yet they really could not have been more different.

Gajser finished the 2019 FIM Motocross World Championship with a 202-point advantage, whereas his gap at the end of the last eighteen rounds was 102 points. The two seasons were both dominant, but one would claim that his third world title was the most dominant of the two. It is impossible to dispute those numbers, but that does not necessarily mean that it was the better title bid. The way that he romped to a fourth title was extremely impressive and the best that he has performed in his career. No one can convince this writer otherwise.

There are not as many standout statistics from this season, as he did not reel off six moto victories in a row like last year nor did he win seven Grands Prix on the bounce. Instead, his biggest streak of moto wins sat at three and he won no more than two rounds in a row. That speaks to the level of competition that he needed to overcome rather than his actual on-track prowess though, because he rode better than ever before. Gajser won moto two at round one by more than twenty seconds, something that he did only once last term, and then pulled off a similar feat in moto one at round two. That occurred in a field that was arguably twice as tough as last year.

It was quite clear from the very start that he was a better rider this time around, wherever that came from. The all-new CRF450RW undoubtedly deserves some credit and so does the underrated fact that he actually has some valuable momentum on his side at this point. Gajser has raced fifty-five Grands Prix in a row now, which is something that only one other rider can boast about. There are a lot of positives that go with that. Gajser has openly mentioned that he focussed on his speed in the sand in the off-season that preceded his fourth title, but that would not have been as possible had he been hitting the reset button after skipping a period with injury.

That Lommel win encapsulated the reasoning behind this feature, yet the world moves so fast that the two overall wins that he acquired in the sand have been forgotten. Gajser won the Grand Prix of Belgium a year ago, in fairness, but he did that through consistency with a pair of runner-up finishes. Even that was enough to move him to tears, as results like that were thought of as a major achievement twelve months ago. Jump ahead a year and he won by more than twenty seconds against stiffer competition and in tougher conditions. The fact that he is now a much better rider than he was a year ago is not up for debate, as the evidence is insurmountable.

“I would say yes, especially with how I am feeling on the bike. I feel really comfortable with the bike at the moment. I would definitely agree with you.” The man himself even recognises the difference in his on-track potential. The information gathered in the 2020 FIM Motocross World Championship will make off-season discussions even more entertaining. What if another twelve-months of momentum help him leap forward again?