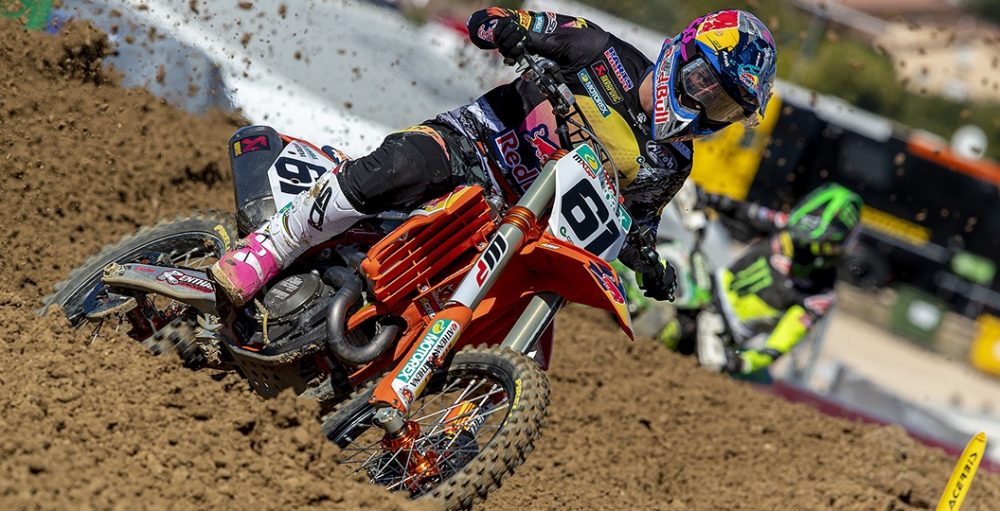 One would presume that Spain occupies a regular spot on the FIM Motocross World Championship, just as it does in MotoGP or Formula 1. The reality is that the MXGP series has struggled to find a permanent home in the nation since tackling Bellpuig for the last time back in 2010. Ill-fated attempts in La Baneza (that was a thing, even though no one remembers it) and at RedSand left some saying that a Grand Prix in Spain just cannot work. Enter Intu Xanadu Arroyomolinos.

Although the name will not leave a lasting impression, the man-made track in Madrid really does have the elements needed to be a success down the line. Does it have those old-school traits that make Talavera de la Reina or Bellpuig so popular across the globe? No, not at all. That does not make it one of the tracks with no soul though, because there are plenty of things going for it. The relatively uninteresting races on Sunday put a dampener on things, but that should not overshadow the fact that the pieces of the puzzle are there.

This is not a man-made track like Losail or Palembang and, heck, if there was not a shopping mall in walking distance one would be forgiven for not realising that it is a purpose-built layout. There was elevation (even though that did not come across too well on the broadcast) and there were jumps, sure, but it was not that jumpy. There were four or five straights in a row that were just flat – all of the complaints that fans typically have in these scenarios were tackled head on in the first attempt. The next step is trying to open the circuit up to allow for more passes.

The circuit is good and could be great with a few tweaks, but what else makes this a positive home for the Grand Prix of Spain? The location is incredible, which no one wants to hear. Why should we even care that there is a shopping mall (one of the largest in Spain) alongside the venue? This is motocross, after all. It is perfectly fine to have races like this every once in a while, because it is a nice change of pace. Would having twenty rounds of the championship at tracks like this work? Nope, not at all. This makes the FIM Motocross World Championship a well-rounded championship that has something for everyone.

There is a particular reason why this thought process is at the forefront at the moment. A couple of officials from Madrid visited the circuit on Friday and did a track walk with Jorge Prado. It would not have been that much of a journey for them, which undoubtedly helped getting them there and therefore led to their eyes being opened to the sport. Would they have driven more than two hours to an old-school track with limited parking and whatnot? Not a chance. It is important that the new opportunities are created, once in a while at least. How could it possibly hurt?

That is completely ignoring the fact that the shopping mall was within walking distance, so how many fans would wander across to the circuit on a normal weekend (sans COVID-19) and get exposed to the sport? It seems as though Prado is doing a phenomenal job at growing the sport in his homeland, so putting a round in a convenient location for new fans is another superb opportunity. There were Prado banners and adverts littered around the mall, by the way. One labelled the race as the 2020 X Games, but hey. It is exposure at least!

Reports in the Spanish paddock suggested that the Intu Xanadu Arroyomolinos event is on a four-year deal, so there will be time for this one to flourish and improve. The Grand Prix of Spain is set to have a consistent home for the first time in more than a decade, which is even more important. Maybe this could even be a potential landing spot for the Motocross of Nations in the future?