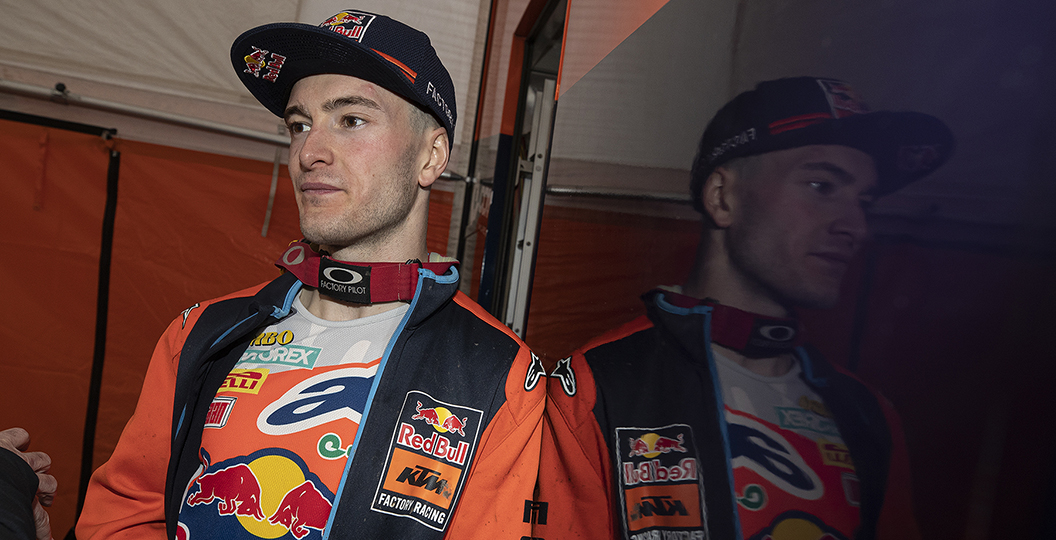 Another quiet week on planet earth is complete, with no motocross events to speak of. The enforced break is helping some guys, like Antonio Cairoli and Jorge Prado, but the healthy protagonists like Jeffrey Herlings and Tim Gajser must be spewing. There is nothing to gain from being sat on the couch for those two riders.

The best possible outcome is that they come out of this at the same level as they were before, but the only way is up for a handful of their competitors. This is a scenario that will not be repeated in the coming years – one would hope at least – and therefore this has to be looked at as an anomaly. It is what it is! Take some time to consider how this would have impacted the years gone by though, as this really could have changed the record books and helped a few guys pad out their bank account a bit more.

Jeffrey Herlings is a good one to consider. Herlings has followed a strange pattern since joining the premier division, as he has entered the season injured every other year. Every season that has been an odd number (2017 and 2019) has been a bit of a mess with pre-seasons injuries, then the even numbers (2018 and 2020) tend to go great. The current season has followed that pattern so far at least. What if this mid-season hiatus had fallen on one of the years that he had got injured? There is a chance he would have another title.

Herlings didn’t actually skip any rounds in his first premier class term but did enter with a wrist injury that basically caused him to not hit his stride until May or June. It all came good at that point and he clawed his way back to second in the championship standings – that was a miracle all things considered and testament to the turnaround that he made. What if he had done two events – he was 51 points down at that point – and then had a chance to figure things out? It is not wild to think that he could have pulled off a title.

The same could be said about the season just gone. Herlings obviously missed the start of that season and was not in a position to compete in either April or May. That would have worked out pretty well, eh? There is then a chance that the whole sighting-lap drama at the Grand Prix of Latvia would not have happened at all. Making a run at the world title would have been a tall order that time – there would have still been rust – but he would have been in there. It just so happens that this is the year he does not need the help.

A lot could have potentially changed had this break entered the fray during the 2019 FIM Motocross World Championship. Would Antonio Cairoli have had that season-ending crash at the Grand Prix of Latvia? There is a chance that would not have gone on then he could have stayed in the fight and potentially picked up a tenth world title. This just proves how much of an impact this enforced break may have on the current fight for the crown. The series could look very different to how it did when the gates finally drop again.