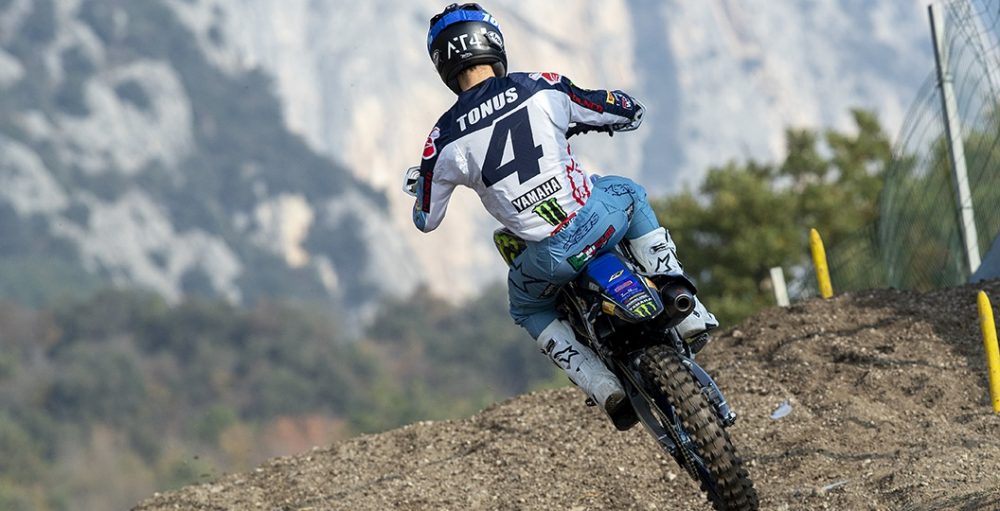 Preparations for the 2021 FIM Motocross World Championship are now underway, yet Arnaud Tonus is still out in the cold and searching for employment ahead of the new year. A four-year tenure at the Monster Energy Yamaha Factory MXGP squad (previously named Wilvo Yamaha MXGP) came to a close after the Grand Prix of Garda-Trentino and catapulted him into a state of flux.

A disastrous term that was hindered by a niggling thumb injury and a concussion has not helped his current situation. The knock-on effect of that is that the six podium finishes that were garnered the previous year have essentially been forgotten about. Tonus finished fifth in the premier-class standings that season and ended with eleven moto podiums to his name, stats that would make him a valuable asset to a second-tier squad. Instead, a year that consisted of zero moto podiums has squashed expectations and caused attention to shift elsewhere.

“I do not know [what the situation is for next year],” Tonus told MX Vice exclusively. “It is a very hard situation for myself, because I’ve been struggling all season and that hasn’t helped. With the COVID-19 situation, every team is waiting on the first calendar to drop to get a budget with the sponsors and everything. I am not really moving forward for next year at the moment, to be very honest. I am a bit in a waiting zone, and I hope it is going to open up in the coming days or weeks.”

Retirement’s a buzzword in the Grand Prix paddock, but it doesn’t seem as though Tonus will be the next rider to step away. “I want to be behind the gate, of course, but it also has to make sense,” he continued. “If the situation is really bad, I might just wait for something to come up or I do not know. I definitely want to be riding – I just need to find a team. I think the situation is like never before, so it is a bit weird. There could be more guys who will stop next year.”

Waiting for a fill-in ride or something similar to arise would be a bold move, but it is one of the few remaining options. Teams like Gebben Van Venrooy Yamaha Racing and JM Honda Racing have not announced their guys for the new term, but the rosters are already full. Honda SR Motoblouz has a spot but that is an unlikely landing spot. There were rumours floating around the Italian paddock that a new bLUcRU effort could be formed, but the details are sketchy at the moment. The future is uncertain for the man who was once touted as the next big thing to come out of Grands Prix.