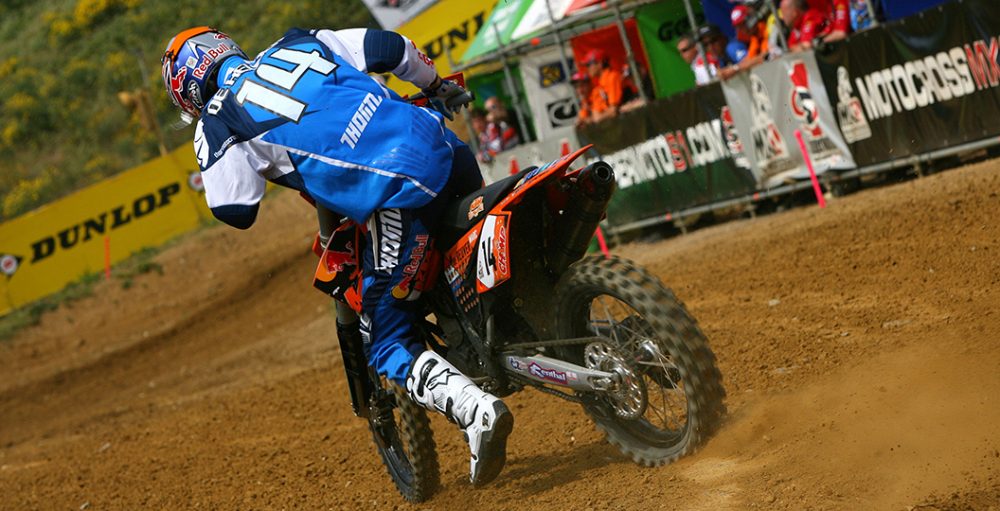 No rider has stories like Marc de Reuver. De Reuver has experienced the highest of highs, lowest of lows and everything in between both on and off of the track. OPEN, Marc’s official biography, will cover all of those. Having had an insight into what the book will include, it is going to be unmissable. Some topics will shock and surprise! Pre-order the book now on www.marcdereuver.nl. Alternatively, there is more information below.

From 23 September on OPEN, the official biography of former motocross rider Marc de Reuver, is officially available for pre-order. Through the official website an autographed version of the book is temporarily available. In addition to this, a limited number of unique retro Leatt motocross jerseys will randomly distributed among orders. Both the Dutch and international version (in English) can be pre-ordered on the official website www.marcdereuver.nl.

In OPEN Marc tells everything about his life on and off the track, from the first moment he stepped on his first bike to his career as a trainer. Marc speaks up about his career as a pro motocross rider, the pressure of being a professional athlete, the wrong turns he took, his struggle to find a steady life and the lessons he has for young talented athletes.

Looking back on telling his story, Marc admits it wasn’t easy to do. “There are some things you just want to forget and have been locked away for a while, but if you are writing a book like this then you have to revisit all of that. I think many people, especially the ones closest to me, will be shocked by what is in the book.”

“For the time being this is the finish line of a long line of interviews and period of months of writing,” author Tim Gerth reflects on the writing process. “I was lucky in a sense that Marc’s story almost writes itself, although I faced major challenges in selecting which stories to write down and which not to, as there are so many. I think we succeeded in telling a new and revealing story which puts motocross in a different perspective. The life story of Marc is an all-embracing one of a young talented athlete that never got to reach his full potential, which makes it relevant to many more people than just motocross fans. After people have finished reading the book I hope Marc will receive the respect he has earned for his career and his contributions to the sport in general.”

OPEN is the first ever biography of a Dutch motocross rider to reach the shelves in Dutch book stores on a large scale. It tells the candid story of Marc de Reuver, one of the biggest motocross talents in the history of The Netherlands. OPEN is published by Edicola Publishing. The Dutch version will be released on 10 November 2021. The international version, translated to English, is scheduled to be released in March 2022.

OPEN can now be ordered for €21.95 including VAT through www.marcdereuver.nl. Both the international and Dutch version are available for pre-order. All pre-ordered books will be delivered autographed by Marc de Reuver. In addition, all orders will be entered in a lottery to win an exclusive retro Leatt motocross jersey. Winners will be contacted by us.

Marc teamed up with South African clothing brand Leatt to develop a retro motocross jersey inspired by his time riding for Martin Honda, with whom he claimed the win in the Italian and Benelux GP in 2008. It also features a reference to his nickname ‘The King of Sand’ (abbreviated TKOS) on the collar.

“The red and white jersey when Marc was on Honda people remember so well, this is why we chose to do something in this colour. Great times for the sand man,” Dave King (marketing  and athlete manager of Leatt) elaborates on the special co-operation. Leatt has been a pioneer in protective gear development in motocross since 2000 and continues to innovate. Currently Leatt is the protective gear provider for the F&H Kawasaki MX2 Racing Team, for whom Marc actively works as a trainer. A limited number of jerseys can be won by pre-order clients. Winners will be randomly selected.