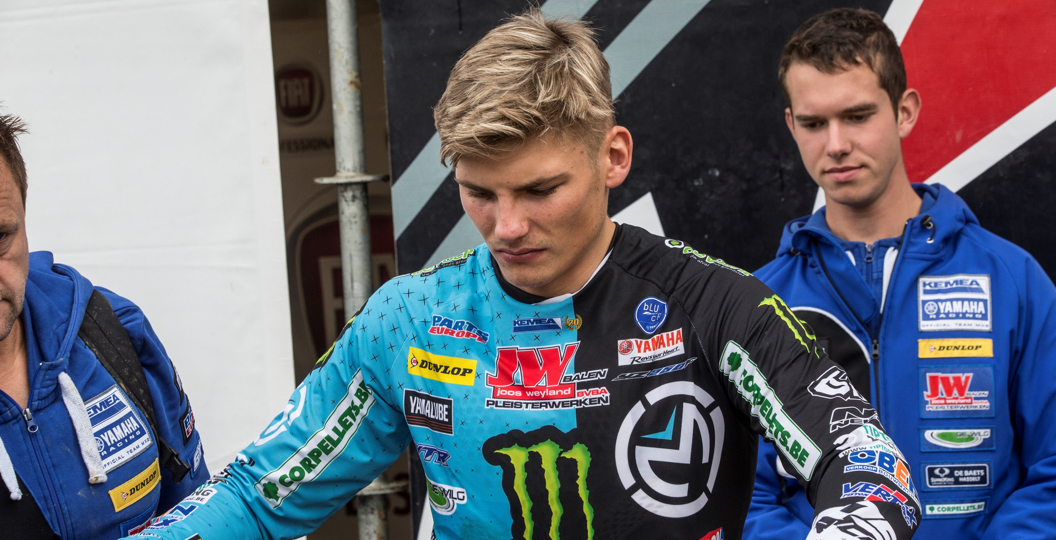 Belgium draft in a replacement

Team Belgium have not had an easy time of it in the weeks prior to the Motocross of Nations, which will be held at Matterley Basin this weekend. Clement Desalle, who was supposed to lead the team into action, sustained an injury to his lower back and was eventually replaced by Kevin Strijbos. Strijbos will race in the  Open category, as Jeremy Van Horebeek has moved to the premier division.

Joel Smets was forced to make an additional change, following the MXGP of Pays de Montbeliard that was held last weekend, as Julien Lieber withdrew from moto two and appeared to be in some discomfort. Nothing was said in the days after the event though and most presumed that he’d simply taken a small knock. It now sounds as though ligament damage has been sustained, however, so he is unable to race at Matterley Basin this weekend.

Brent Van Doninck was the next rider in line, seeing as he is aboard competitive machinery and finished tenth in the FIM Motocross World Championship, so has been drafted into the squad. Van Doninck rode the 450F at Maggiora last year and failed to finish higher than eighteenth in either moto, but will be much more competitive on his usual steed this weekend.