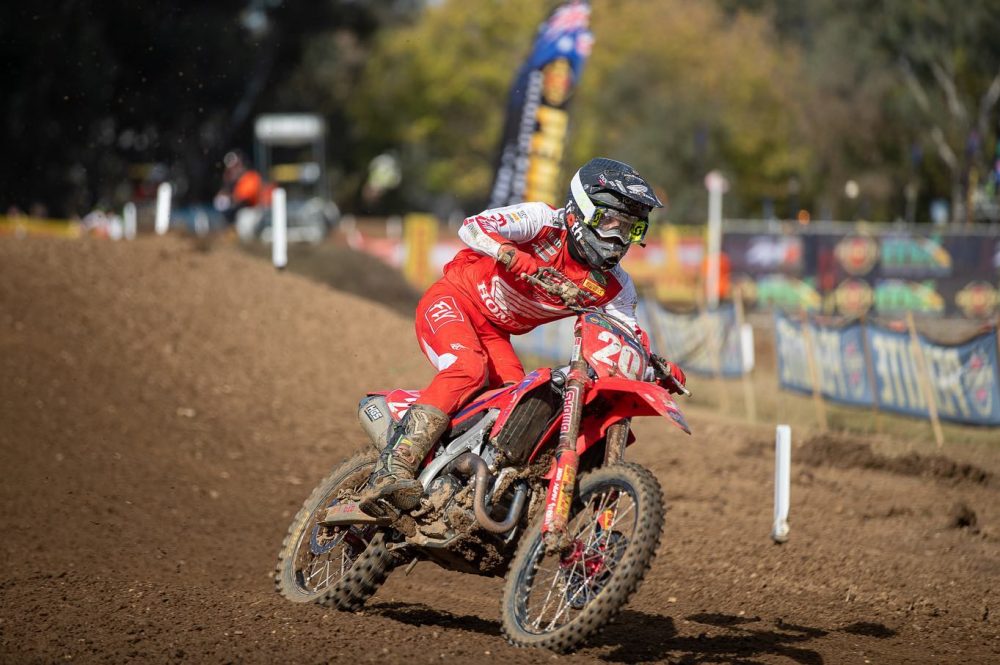 In 2023, the Penrite ProMX Championship presented by AMX Superstores will head back to Maitland NSW for Round Four on the 6th and 7th of May.

In 2022, the Maitland round of ProMX saw Yamaha’s Aaron Tanti take his second double victory in a row and stamp his authority on the Thor MX1 class in what would ultimately become his Championship year.

Situated in the Lower Hunter Valley, Maitland is around 160 km north-west of Sydney and approximately 40 km from Newcastle. The town is situated on the Hunter River while event hosts, the Maitland District Motorcycle Club, is nestled in a tree-lined area around 10km west of the town.

Peter Doyle, CEO, Motorcycling Australia (MA): “Maitland has become a really important part of the ProMX Championship. We are very much looking forward to this huge two-day event in 2023 and I am sure the locals will be excited about seeing the best Motocross racing in the country.

“While the club has suffered a recent setback via a canteen fire, we will work with them to not only ensure all is ready for the round in May, but that the round is another stand out in terms of the racing, crowd and professionalism.”

For more information about season 2023 of the Penrite ProMX Championship presented by AMX Superstores, see: 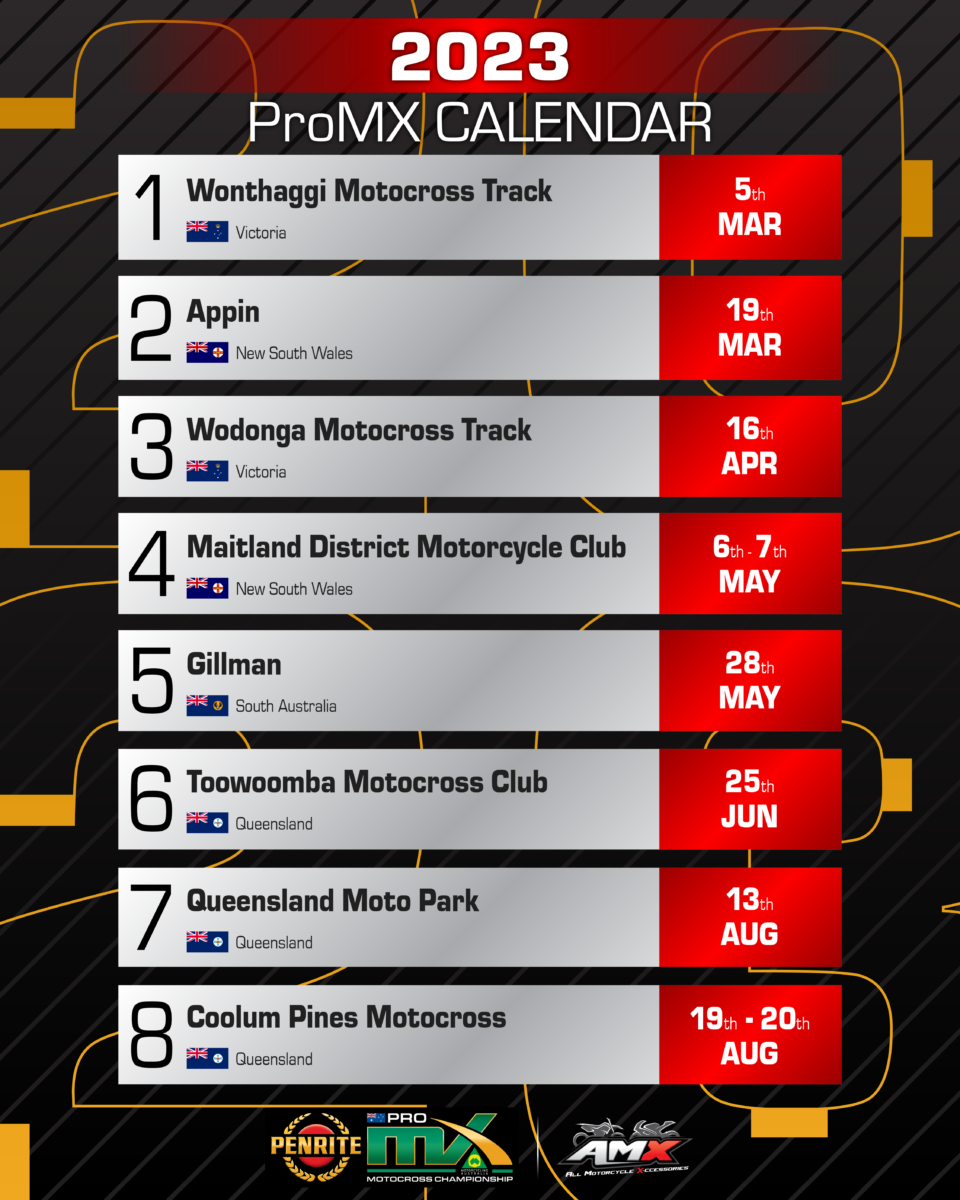 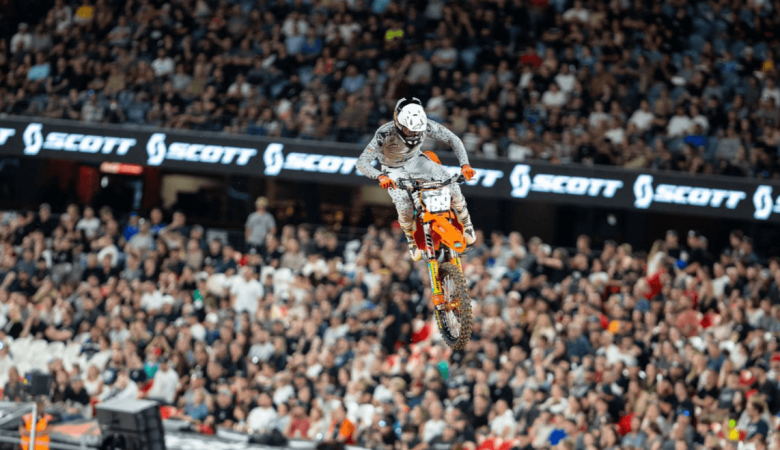 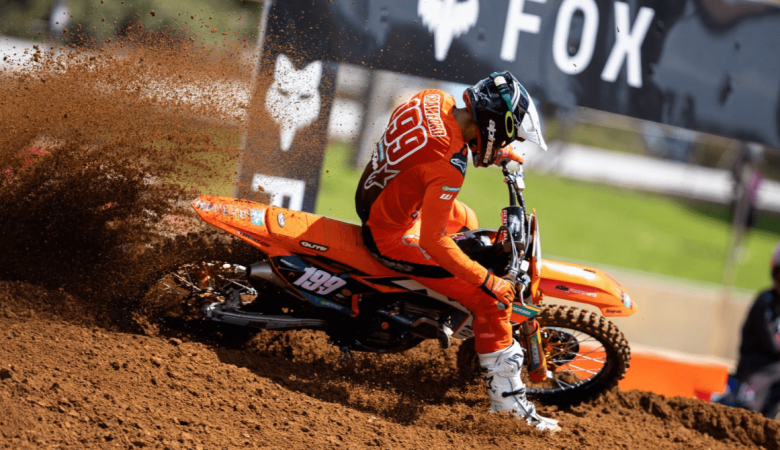 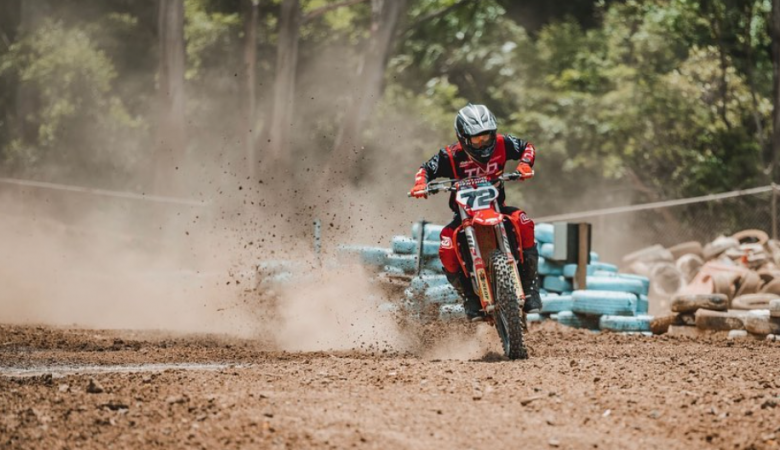 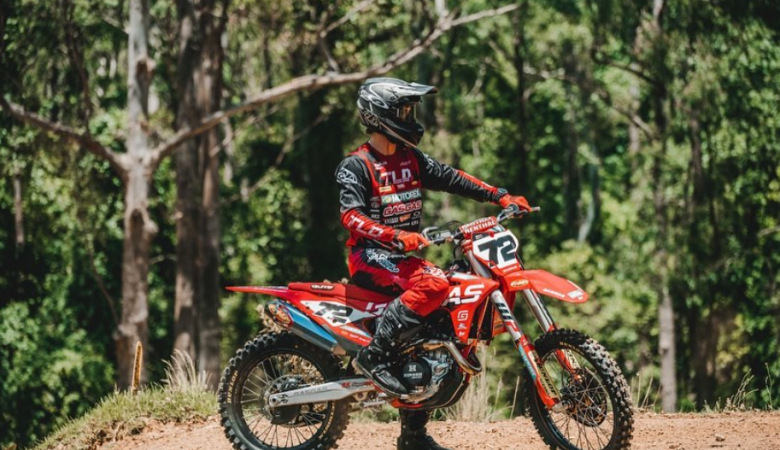