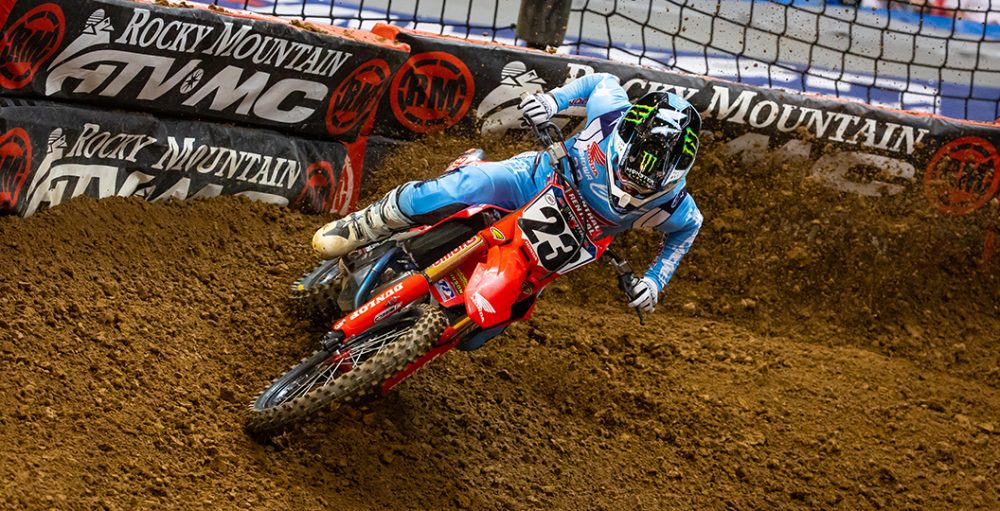 2022 Monster Energy Supercross returns to Atlanta, Georgia, for round fourteen of the campaign this weekend. The Atlanta Motor Speedway that made its debut on the schedule last year – it was chucked in at the deep end with a triple header – will host the poignant event on Saturday, April 16. The 250SX Showdown will dominate the headlines and paddock chatter at the race, as Christian Craig and Jett Lawrence will face off for the first time this year. It is quite tricky to decipher who is the stronger star, but the answer will lie in Saturday’s 250SX main event.

To further add to the intrigue, Lawrence could clinch the 250SX East title this weekend. Cameron McAdoo is not going to compete, so is no longer a threat for the championship crown, which means that ’18’ must gain 11 points on RJ Hampshire to clinch with two rounds to spare. It is certainly going to be possible with the additional depth. If Lawrence wins, he simply needs Hampshire to finish outside of the top five. Who could get between the duo? View the provisional 250SX entry list below, as well as the 450SX sheet.