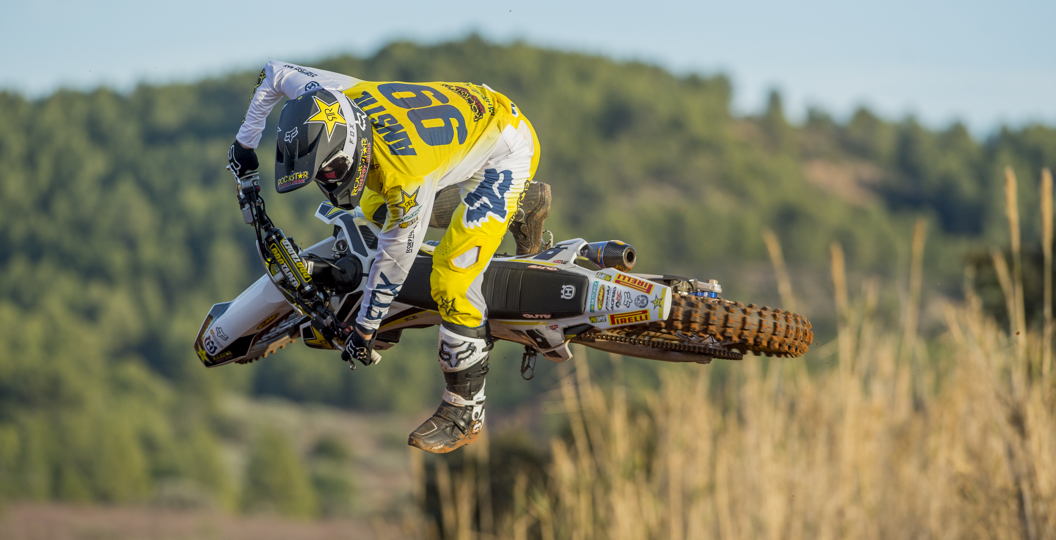 After attending many events on different continents, the MX Vice team have acquired answers to a lot of questions that you may have. That is why it seemed like a brilliant idea to open things up in this new feature! If you have something on your mind and want to be featured, email [email protected] or get in contact via our various social media channels.

“Why can’t Britain get more than one MXGP around a year? Holland/Italy manage it,” asked @L3V3R3TT on Twitter.

I am just working on getting an official answer to this, so we will revisit this topic in the coming weeks. However, in the meantime, here are some initial thoughts. Whenever there are multiple MXGP rounds in a country, they are not all run by the same organiser. Moto Club Arco Alto Garda Off-Road are going to organise the MXGP of Trentino this year, for instance, then Maggiora Park will run the event at Ottobiano. So, first of all, a second organiser must step forward in Britain, but there just are not many out there. Steve Dixon has done a lot for British fans in recent years, as without him the FIM Motocross World Championship would not venture across the English Channel.

Besides Steve Dixon, there have not really been any promoters in Britain in recent years. RHL Activities stepped forward for a couple of seasons to run the event at Mallory Park, of course, but that soon fell apart. Finding someone who has the time, support and bravery to tackle such a project would be the first step. I believe that has to happen before a suitable track is located. Another massive advantage that promoters in Italy, France and other European countries have is that they can pull from the surrounding areas. That takes a lot of the risk away.

The Grand Prix of Pays de Montbeliard acts as a great example. Although it was a French race, it was so close to the Swiss border that it could have been looked at as the MXGP of Switzerland. The promoters managed to draw fans from both countries, as well as Austria and Germany. Milan is just five hours away as well! The point is, it is rather easy for them to make it a success. A track like Ernee is so far away that it may as well be in another country. It would actually be extremely interesting to see how many fans went to both events.

If there was a second event in Great Britain, it is extremely likely that fans would be split. It would be ludicrous to host another race in the south, as then the two races really would be in direct competition, but is there really a track up north that can handle such a request? The Maxxis British Championship rarely ventures up there, despite the fact that their standards are much lower. 2005 was the last time that there were two events in Britain and one was on the Isle of Wight. Again, it may as well have been in another country and really was not in direct competition with Matchams. – @_LewisPhillips

“Are 114 Motorsports getting support from HRC? I have also heard that Hunter may get parts from GEICO, is there any truth in that?” asked @CameronKingston on Twitter.

I will turn this over to Hunter Lawrence. “We asked when we went to GEICO and stuff and they were awesome with supporting us with what I thought I needed to do to become a better rider in the future,” Lawrence told us exclusively in December. “They were all for it and said that they wanted to help me out as much as they could, which was just really comforting. We are not under contract with Geico for 2018, but they are still helping us out and treating us like we are. That is just their good will and the type of heart that they have.”

GEICO Honda are working closely with HRC this year, more than they have done in the past, so Hunter Lawrence is tangled in that web somewhere. 114 Motorsports are not an official HRC team, as there is obviously only one of those, but they have backing from Honda Europe and will work closely with the Japanese manufacturer. To simplify things, the support that they have is the same as what Tim Gajser had when he rode a Gariboldi Honda in 2015 and won the MX2 title. – @_LewisPhillips

“What is attendance like compared to US outdoor national? How many US attendees at an MXGP? Which MXGP round has the greatest attendance?” asked @PulpMXFanClub on Twitter.

I have never seen the official figures for rounds of the Lucas Oil Pro Motocross series, so that would be tough to say. I can, however, provide them for the FIM Motocross World Championship. Below you will find a table with the number of fans that were in attendance at each Grand Prix. No matter the series or discipline, some will always question how reliable these are. Did Indonesia really have that many fans in attendance? It seems about right to me.

There were so many people there that it was almost impossible to walk around and if you look at any of the photos from Pangkal Pinang, there is just a sea of fans in the background. The figure below may not be entirely true, admittedly, but there is no doubt that there were a considerable number of fans present. There are not too many surprises on the list below, except for Valkenswaard being rather low.