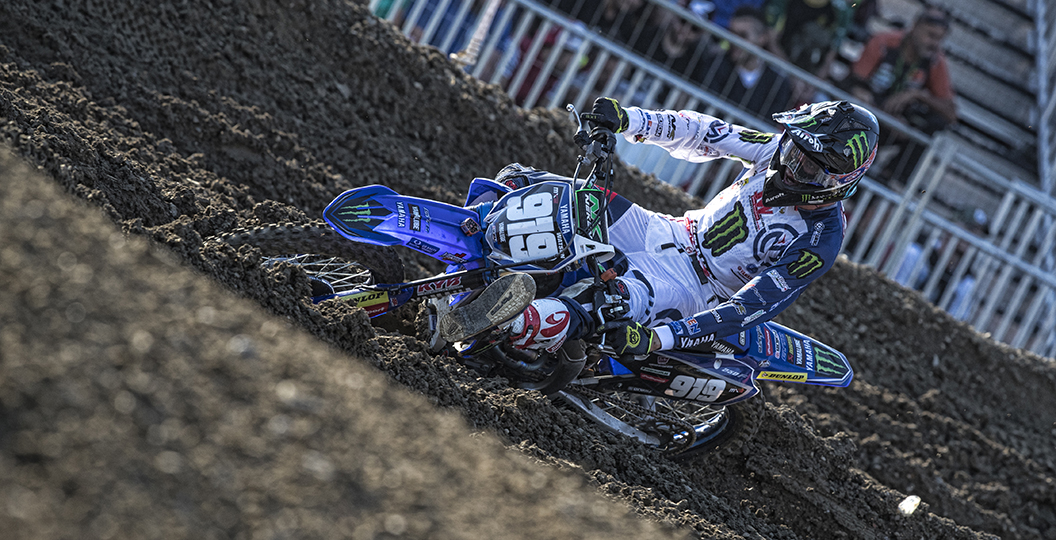 After attending thirty-four events on different continents thus far this year, those of us at MX Vice have acquired answers to a lot of questions that you have. That is why things have opened up in this new feature. If there is something on your mind, email [email protected] or get in contact via the various MX Vice social media channels.

“Which British rider do you think will step it up in MXGP next year,” asked @AndrewM15219036 on the @motocrossvice Twitter account.

This is a tricky one. How do you define stepping up? I do not think any British riders are going to take a step backwards when the new year starts, but then it would take a lot for someone to make a leap forward. It is likely that Max Anstie will be the highest-placed British guy. One could even claim that is almost guaranteed barring an injury or some sort of disaster. Anstie is not on a full-factory team anymore, but he will still stand on the podium multiple times and may even be up there more than he was this year. Winning motos would be a fairly safe bet one could argue, if there was not a guy called Jeffrey Herlings to go through.

One would presume that Tommy Searle will make a step forward, as the new KX450 is much improved and there will be a lot of development done at BOS. If he can remain healthy, then that will set him up well too. Where could he get to? It would not be that much of a stretch for him to appear in the top five at some of the rounds and then the podium is not too far away at that point. Before predicting how Shaun Simpson is going to fare, one needs to see how the RFX KTM squad will be able to support him. That could be the only question mark here. – @_LewisPhillips

“Who do you think will challenge Prado for the MX2 title next season? If the age rule is scrapped, can you see guys who struggle to get a deal in MXGP dropping to the MX2 class?” asked @TomSenior_ on the @motocrossvice Twitter account.

Truthfully, it is tough to envision a scenario where a healthy Jorge Prado does not win the title. It may be a better question to ask who will be most dominant in the upcoming season, Prado in MX2 or Jeffrey Herlings in MXGP? There is a great chance that they will reel off a similar number of race wins over the twenty stops. Thomas Kjer Olsen is the guy who most have pegged to be the next in line, but he will have to make a step up from where he has been. The fact that he has been third in the championship on two occasions leads a lot of people to believe that he is just waiting in the wings, but that is not exactly the case.

Thomas Kjer Olsen is closer to the chasing pack than he is to Jorge Prado. This thing is wide open! The ride that Ben Watson had at Pangkal Pinang really sticks out in my mind. The raw speed that he had was enough to make his competitors sit up and take notice. Imagine if he could potentially harness that? The improvements that he made prior to the previous season were crazy, they really were, but just take a second to consider what would happen if he makes similar leaps forward this off-season. Is it even possible for that to happen? Watson is arguably the most exciting question mark in all of this.

Calvin Vlaanderen is the third guy who has a great shot at taking Jorge Prado down. Vlaanderen has won a Grand Prix already, which is a solid start to the run, and is just solid. Admittedly, his charge tailed off a little at the end of the previous term. Crashes and mechanical problems restricted him at that point. Before that though, he was solid and making a serious run towards a medal position in the middle of this season. There is no doubt that he is underrated and will surprise people. I would even argue that he is going to end up as the biggest shock next year. Stamp that!

Onto the second part of your question: There is no doubt in my mind that riders would drop down into the MX2 class. Valentin Guillod would probably be preparing to fight for a title fight aboard a 250F. There is no doubt in my mind about that at all! It would not even be that much of a surprise to see Jeremy Van Horebeek join the class, as he was capable on a 250F and started to peak just when he got kicked out. One would presume that teams would offer those two a nice chunk of cash too, seeing as they would be potential race winners. That is a part of the reason why an age-restriction rule is needed though. – @_LewisPhillips

“In both classes, who do you see as the main challengers to KTM after the new teams have been emerging?” asked @LittleChrisCam on the @motocrossvice Twitter account.

This is such a tough question. I want to give an honest response, but it is tough to envision any of the teams in the paddock giving Red Bull KTM a run. HRC are arguably in the best position to succeed, as a complete team, because Tim Gajser will be a podium regular in the premier class and Calvin Vlaanderen is going to win multiple rounds in MX2. They look pretty good across the board. Husqvarna have Thomas Kjer Olsen in MX2, but their presence in the premier class is not going to be quite as strong. There is certainly a chance that Husqvarna will not put the FC 450 onto the podium at all next year.

Yamaha look good, thanks to Monster Energy Yamaha Factory Racing and Monster Energy Kemea Yamaha.  Ben Watson will be a contender for race wins each week and should be joined up on the box by Jago Geerts at a lot of the rounds. Romain Febvre is more of a question mark, simply because he has had a spotty record since he won the premier-class title, but he will obviously spend a majority of his time inside of the top five next year. Although that is good, it is not going to be enough to stop the juggernaut that is Red Bull KTM. – @_LewisPhillips