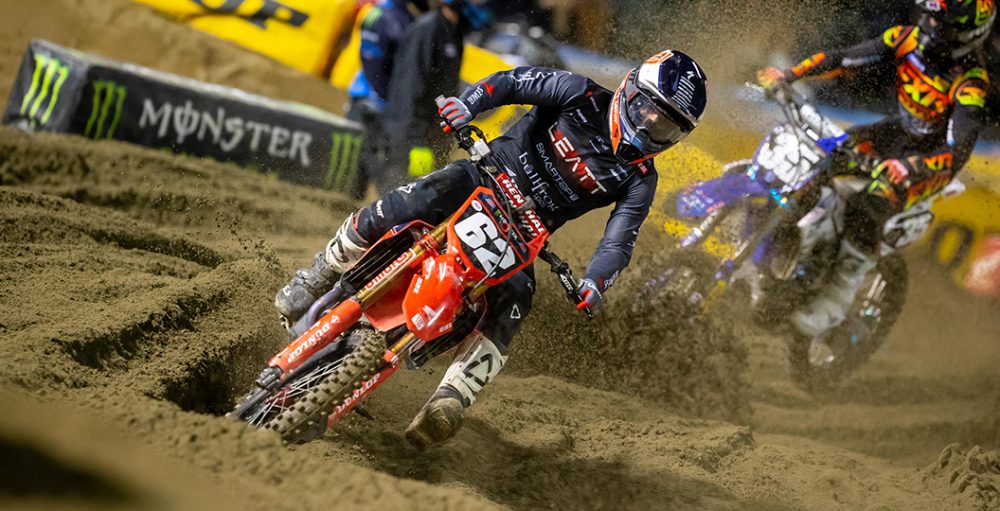 After attending countless events on different continents each year, those of us at MX Vice have acquired answers to a lot of questions that you have. That is why things have opened up in this new feature. If there is something that is on your mind, email [email protected] or get in contact via the various MX Vice social media channels. This is an add-on to the ‘Ask Vice Anything’ section on The MX Vice Show podcast each week and, much like on the show, is presented by our friends at Leatt Protectives.

About Leatt: Known for producing the world’s most effective neck braces, Leatt evolve year after year. The 2022 gear is now available worldwide – there are many different lines for you to consider. There is the 3.5 Ride Kit (an affordable combo), the 4.5 Jersey and Pants, the 4.5 Enduro Jersey and Pants and 5.5 Jersey and Pants. There is so much going on at Leatt! There is an advanced range of moto helmets for 2022 too like the 9.5 Carbon, 8.5 Composite, 7.5 and 3.5. The Leatt helmets are available in a broad range of striking colours to suit all tastes too!

@MX_News_Now: Should Adam take time to heal, seeing as he is not doing himself any favours at the moment?

It baffles me that this question is floating around. Sure, Adam Cianciarulo has yet to finish inside of the top ten. Has it really been that bad though? Cianciarulo has shown a lot of speed, experienced the pace at the front of the pack and has put solid points up on the board. If you look at the championship standings, then there is just one point separating him from Dylan Ferrandis. Ferrandis is healthy and should be a contender for victories at the moment. It suddenly looks like Cianciarulo is doing well, huh? Perhaps more should be said about the way that Ferrandis has started the campaign instead.

Cianciarulo managed to train this week, which is a significant step forward, so it is likely that improvements will be evident from San Diego on. Those should happen very quickly, seeing as he is putting himself in such good positions each week. Second is his average starting position through two rounds, which is the best in the premier division by quite a way. Ken Roczen is the closest to him in that category and he has started in fourth on average. There are a lot of positives to take from the way that Cianciarulo has started the season, despite the major hiccup. – @_LewisPhillips

@CalCrossland26: What are the biggest differences between working in the United States and in the MXGP series?

It is the same and yet so different. Convenience would be the best thing about working in the United States, but not just because the industry is based around the location. It is not too different to spending some time in Lommel, Belgium, right? Having everyone speak the same language opens up so many options as a media person, because every single rider has a story to tell and they can communicate that in a clear fashion. The fact is that there are many different nationalities in the FIM Motocross World Championship and some big names struggle to tell their story in an engaging manner. Understandably so, right?

It can make it difficult to offer fans as broad coverage, which is frustrating. Everyone can speak basic English at the very least, of course, but then that is not enough to create an exciting interview that fans really want to embrace. Mathys Boisrame is a perfect example; he was involved in some brilliant stories and there are a lot of questions about his programme for the new season. It is almost impossible to get answers and offer him the coverage that he deserves though, simply because of the language barrier. Such a problem extends to mechanics and team managers too. – @_LewisPhillips

@KeltonGwyther: Is there an update on the MXGP calendar, like whether it will be delayed or something like that?

Rumours are running rampant about the 2022 FIM Motocross World Championship schedule. Although so many people believe that the season will have to be delayed, it sounds like the championship will start with the Grand Prix of Great Britain on February 19. Everyone is confident about that. There could be races that move around after the British stop though, seeing as a track has not been confirmed for the Argentine race yet. Is it even possible to go to South America? The promoters of the Dutch Grand Prix at Oss are supposedly looking for a new date too, due to some local restrictions.

It is fairly normal for events to move around in the middle of the season – that was the case before COVID-19 caused everything to get wayward. If these rumours turn out to be true though, then the series will start in the middle of February and then the series is going to be locked into a traditional format. Finishing up in November is going to be a thing of the past and that is good for the Motocross of Nations, which should be absolutely incredible. – @_LewisPhillips