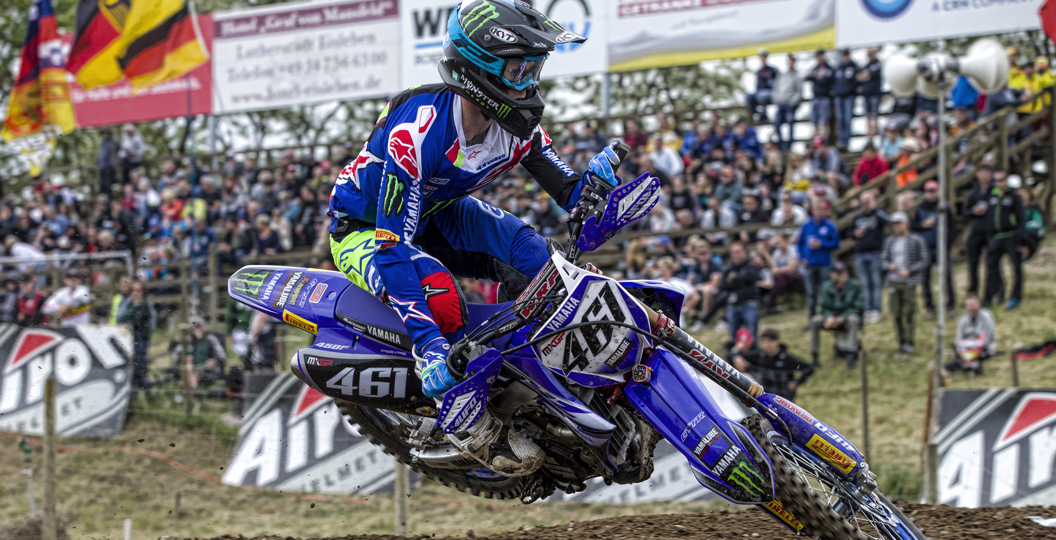 After attending many events on different continents, the MX Vice team have acquired answers to a lot of questions that you may have. That is why it seemed like a brilliant idea to open things up in this new feature! If you have something on your mind and want to be featured, email [email protected] or get in contact via our various social media channels.

“Will Ben Watson get that surely soon to come moto or overall win at Matterley Basin this weekend,” asked @ChrisUnited93 on Twitter.

It is obviously impossible to predict whether that is going to happen this weekend, but it is certainly a possibility. Although some have labelled that as a long shot at this point in time, considering that he has only landed on the podium once, he has not been too far from the head of the field. Four seconds was the difference between him and Pauls Jonass in the first moto at the Grand Prix of Germany, so it is not like it would take much to overhaul that. There is no doubt that a good start is needed in order to put him in that position though and, as well as getting out of the gate well, he needs to have the intensity to maintain a top-five position through the opening laps. There is no doubt that he wins at some point this year. Stamp that! – @_LewisPhillips

“Are there any MXGP riders coming over to race in America next season?” asked Jonathan Luna on Facebook.

There is! Hunter Lawrence signed a four-year deal with Honda towards the end of last year, which includes three seasons with the GEICO Honda outfit. Lawrence is currently completing his final term in Europe with 114 Motorsports, of course, but will definitely be packing his bags and heading Stateside in October. Jett Lawrence has also signed a deal with GEICO Honda and will head across to California at the same time, but will contest the amateur ranks with Factory Connection next season. It is likely that another rider in the FIM Motocross World Championship will head across to the United States, but we are sworn to secrecy on that one.

Jorge Prado stated in April that he would probably leave Europe at the end of this year, but then confirmed exclusively to MX Vice in Germany that he has changed his mind. Prado feels so comfortable in the structure that Claudio De Carli has built that he wants to stay in the FIM Motocross World Championship and even move to the premier class with the squad. It is certainly a bit of a surprise that he has made such a drastic change to his plans, as he had his heart set on chasing the bright lights of Monster Energy Supercross at one point. ­– @_LewisPhillips

“Yamaha have not reached the MXGP podium in eight rounds. Is that a record?” asked @MXJustin on Twitter.

Yamaha actually had an awful season six years ago that is often swept under the rug. Steven Frossard and Joel Roelants were beneath the Monster Energy Yamaha Factory Racing awning and neither rider came close to the podium all year. Frossard missed thirteen of the rounds with an injury though, admittedly, and Roelants was not expected to set the world alight in his maiden season in the premier division. The only time that there was a YZ450F on the podium was at the final round at Lierop, thanks to Shaun Simpson. Simpson actually started the season on a TM, but split from them halfway through the season and moved to the JK Racing outfit.

Had Shaun Simpson not done that at the seventeenth and final round of the 2013 FIM Motocross World Championship, there would not have been a single Yamaha rider on the premier-class podium all season. The class was named MX1 at that point. Will it get to that point this season? Disaster would have to strike, as Romain Febvre will definitely get up there soon enough. It is funny, actually, as Yamaha did not have a single podium until the sixth round of the 2015 FIM Motocross World Championship and ended up winning the championship. – @_LewisPhillips

“Any signs of the age-restriction rule (under twenty-three) in MX2 being looked at again?” asked Stuart Dawes on Facebook.

It is actually interesting that this question has popped up now, as there have been some rumblings in the paddock. A handful of influential people have come up with different ideas on how the rule can be tweaked to ensure that certain riders can make the most of their time in the class. Those are just ideas, so it does not sound like it is going to change at this point in time, but they are out there. A lot of people point to the amount of entries in EMX250 as a reason why the rule should be ditched, but most of those guys are eligible for MX2 anyway. The decision to compete in EMX250 instead of MX2 comes down to cost and resources for a lot of guys. – @_LewisPhillips

“Will Conrad Mewse get a podium? Can Max Anstie podium after what he did at the ‘Nations with Jeffrey Herlings and Antonio Cairoli being as formidable this season?” asked @ChrisUnited93 on Twitter.

Are we talking about Matterley Basin specifically or the entire season? If it is the latter, then Max Anstie will definitely get up there at some point. It is important to remember that he should have been third overall at the second round in March. Conrad Mewse should get it done as well, because he certainly has the potential, but he is so hot and cold that it is just impossible to predict. Everything has been trending downhill lately, so one would presume that the chances of it not happening are quite high at the moment. It certainly seems much more realistic to expect Anstie to be up there and, hey, he may even be in contention to do that this weekend. – @_LewisPhillips 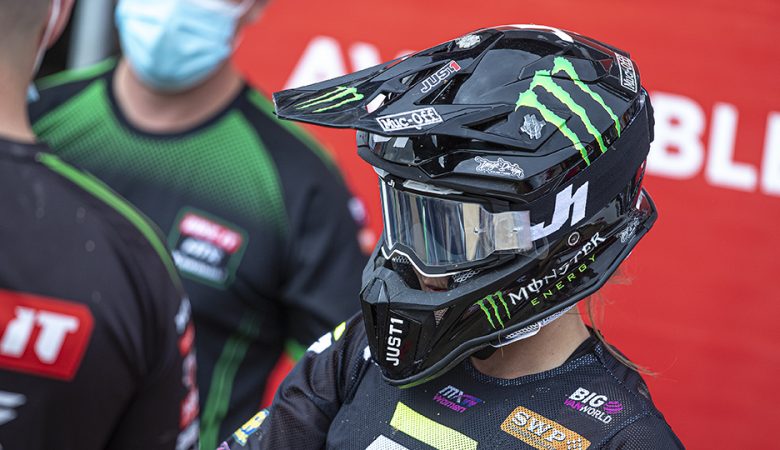 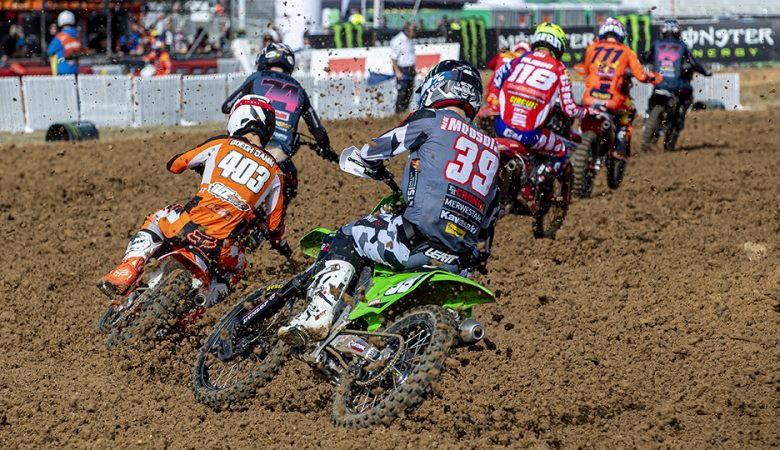 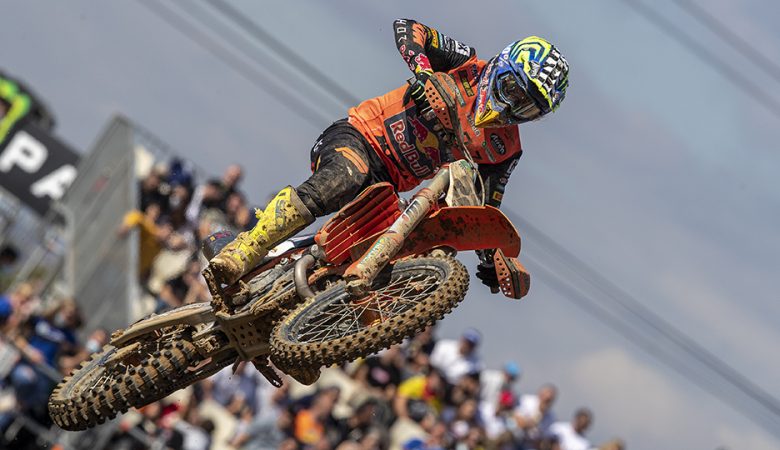 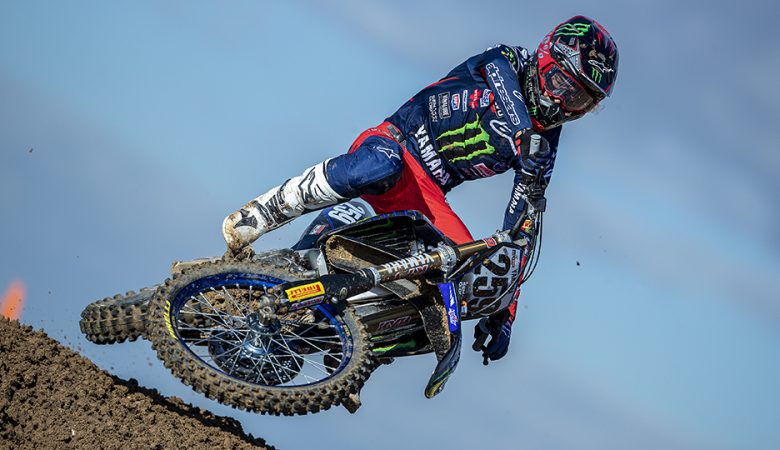