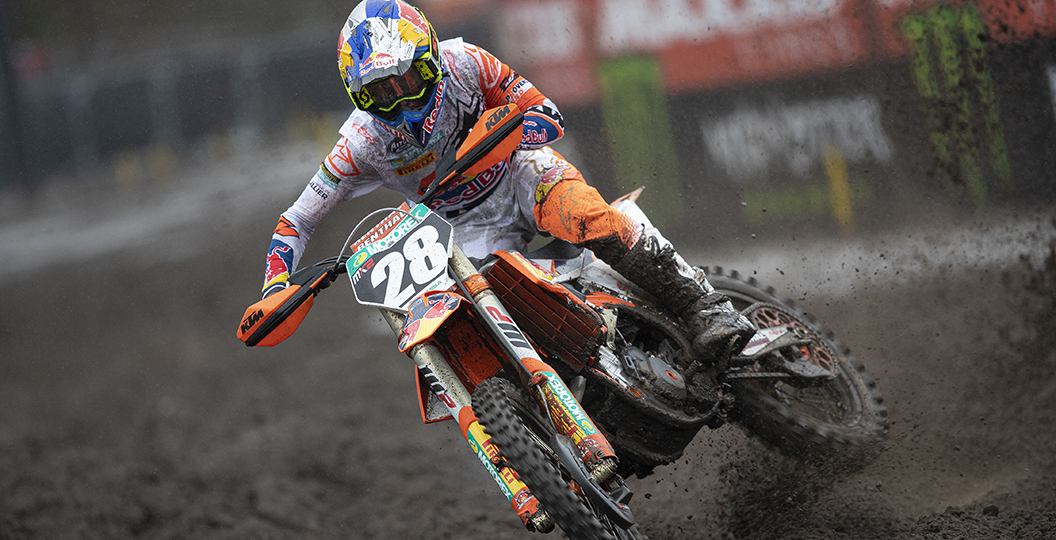 After attending countless events on different continents in the last year, those of us at MX Vice have acquired answers to a lot of questions that you have. That is why things have opened up in this feature. If there is something that is on your mind, email [email protected] or get in contact via the various MX Vice social media channels. This is an add-on to the ‘Ask Vice Anything’ section on The MX Vice Show each week.

“Who will be the next rider, who is not in MXGP already to win the title, in your opinion?” asked @BradWheeler12 on Instagram.

This is actually a very interesting question to think about. This is the first time that the question has actually been relevant, as the answer would have either been Jeffrey Herlings or Jorge Prado every other year. It is safe to assume that everyone is going to hop on either Tom Vialle or Jago Geerts, seeing as they are at the top of the MX2 tree currently, but they will go up against Jeffrey Herlings and Jorge Prado in years to come. There is not that big an age difference!

Okay, it is safe to assume that the current crop of MX2 guys will outlast Herlings and race long after he has retired. Prado could race for just as long as Geerts though – he is the same age – and Vialle is just one year younger. In order to truly assess how those riders are going to perform when they become 450F contenders then Prado has to be thrown into the equation and he was unstoppable in MX2 last season. How could one argue that is not what the premier class will look like in six or seven years?

In short, it would not be a surprise to see Prado dominate the generation after Herlings. Is he going to just run the table? Probably not, and that will open the door for a rider like Geerts to get in there. Geerts, Vialle, Thomas Olsen and Ben Watson would be the four MX2 riders who are the most likely to find success in the premier class in my opinion (for whatever that is worth). The issue is that Olsen and Watson especially will be jumping into a field that resembles a shark tank. – @_LewisPhillips

“Why do MXGP not use Desertmartin for a GP? Clearly one of the best tracks in the world,” asked Matt Jones on Facebook.

I am going to catch slack here. Desertmartin hosted some amazing Grand Prix rounds in 2005 and 2006, as everyone is aware. Who can forget the fight that Stefan Everts and Josh Coppins had the last time that the world series went there? It was great. I feel like the FIM Motocross World Championship has outgrown the facility now though – the track is tight in some spots, there are narrow sections and there is not much room to work with to make the necessary improvements.

That is just the circuit! The paddock is not large enough to house everything that is required nowadays and, yes, the hospitality trucks are needed. There are not really any hotels nearby, access is not great and getting to Northern Ireland is a bit inconvenient for the industry and fans. Now, everything that has been listed so far is going to come under fire as people will automatically shout about the flyaway races. “How is travelling to Indonesia better than going to Northern Ireland?” I can hear the screams now…

The flyaway events are an anomaly though. Those cannot be compared to the normal Grands Prix in Europe, as they serve a specific purpose. Indonesian races just sit in their own special category and no one can argue that Desertmartin would be a better option than Neuquen. Come on! Anyway, this is a good way to sum things up. What would Desertmartin possibly add to the Grand Prix series? I’d be interested to see what the answers to that question are. – @_LewisPhillips

“Which Brit (excluding Tommy Searle) should have won or contested better for a world title and what year should it have been theirs?” asked @ChrisUnited93 on Twitter.

I guess it is possible to go off of the facts here. Tommy Searle was the last British rider to hold the red plate in the FIM Motocross World Championship, but who was it before him? Stephen Sword had it as a KRT guy in 2004. Sword was three points up on eventual champion Ben Townley five rounds into the sixteen-round series, but things went sideways after that and he was fourth in the points (admittedly he missed races) at the end. That was a bit of a miss. – @_LewisPhillips