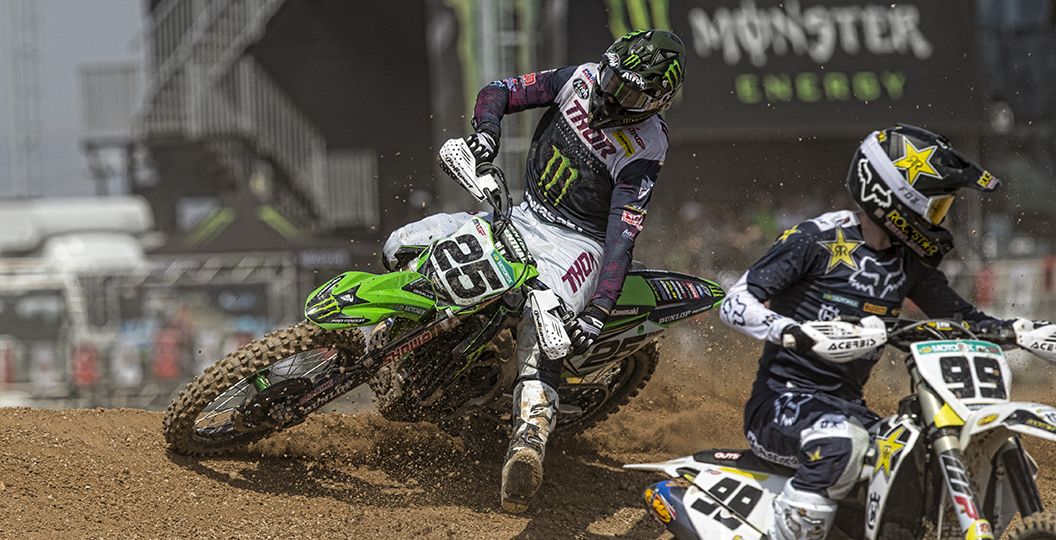 After attending twenty-four events on different continents thus far this year, those of us at MX Vice have acquired answers to a lot of questions that you have. That is why things have opened up in this new feature. If there is something on your mind, email [email protected] or get in contact via the various MX Vice social media channels.

“Where has all the budget gone from the motocross industry? Everyone is on such a tight and strict budget nowadays,” asked Roy Rowland on Facebook.

There are so many different avenues to go down with this, but presumably this revolves around the professional scene and particularly the FIM Motocross World Championship. The number of rounds continues to increase, as it was not long ago that it was a fifteen-round championship, as does the number of flyaway races. In a lot of cases the budgets are not growing at a similar rate and therefore people find it tough. Add in the fact that there are a lot more people working on the teams now, such as various different technicians and even physios, and it all adds up. Most are happy with the overseas events though, as they understand the bigger picture in all of this. It is a fine line. @_LewisPhillips

Wow! Talk about a loaded question. Will Suzuki World MXGP return to the series? There was a lot of talk about that a couple of months ago, as representatives from the Japanese manufacturer travelled to the French Grand Prix to take part in the meeting with Youthstream. Intrigue was sparked when that happened, but it does not seem as though they are going to be back next year. There are no riders linked to Suzuki at this point in the season and therefore it seems most unlikely that they will be involved. Things look bleaker now that they have lost Evgeny Bobryshev. Speaking of that relationship, there were rumours going around that BOS GP were going to receive more support from Suzuki. It never materialised though.

Will KRT come back to MX2? It does not look like it! Kawasaki have a contender with Darian Sanayei, so the DRT squad have them covered in that area, and then the F&H Racing duo (the second rider will be unveiled shortly) will put the bikes in the top ten. It is clear why they do not feel the need to field a complete squad. Jorge Prado, Thomas Kjer Olsen, Calvin Vlaanderen, Ben Watson, Jago Geerts and two new guys will be on factory machinery in the class next year. Red Bull KTM are expected to announce another rider and Thomas Kjer Olsen will have a new teammate. Iker Larranaga Olano will not be on Rockstar Energy Husqvarna Factory Racing. – @_LewisPhillips

“What has happened to the TM Factory Racing team?” asked Richard Robinson on Facebook.

Presumably this is referring to the fact that the TM Factory Racing squad have not spent too much time in the paddock lately. Samuele Bernardini was let go from the squad prior to the Grand Prix of Czech Republic in July, so that left them with just one guy, and then Max Nagl sustained a finger injury at the same sort of time. There was obviously no need for them to travel to Czechia, Belgium or Switzerland with that in mind. Nagl returned at the Grand Prix of Bulgaria, so the team were present at that round, but realised the finger is not quite ready and therefore skipped Turkey. Another surgery has taken place since then, so TM still do not have an active rider. @_LewisPhillips

“How solid are the Max Anstie rumours of going to America? How can Max not get a ride for next season?” asked Sammy Bradley on Facebook.

Nothing is signed or solid at the moment. Going there is an option though. There is no way that one should state that he is definitely locked in over in the USA, as it is all up in the air, but there are some opportunities in the 250SX and 250MX classes, so that is something. It does seem most likely that he will head to America instead of staying in the FIM Motocross World Championship though, as there are more options over there. A lot of the seats in MXGP are locked and loaded, as Rockstar Energy Husqvarna Factory Racing have two riders signed up and the same goes for Wilvo Yamaha MXGP. Announcements will probably not surface until the off-season and that is when everyone will learn what Max Anstie is going to do too. @_LewisPhillips