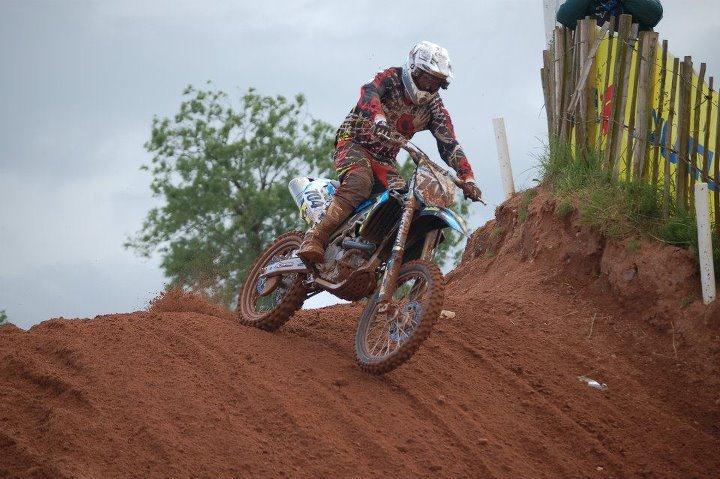 Qualifying: Considering the bad weather we had suffered in the last few days the track was in prime position. The first few laps of practice I felt really good and comfortable on the bike. Unfortunately a few laps in I had some mechanical problems and had to pull in and go out on the spare bike. The bike wasn’t set up for the track and I really struggled to get to grips with it resulting in a bad qualifying down in 24th

Race one: We swapped all the stuff of the race bike onto the spare and it felt allot better. I got a terrible start and didn’t ride so well in the opening laps causing the leaders to get away by the time I had got into a groove at the half way point I couldn’t catch the group in front and I finished 17th

Race two: After a disappointing first race I tried to get going straight from the start. Suffering another bad start I let it hang out a little bit the first few laps and stayed with the group in front and rode allot better finishing 15th

Race three: The track was really rough at this point and was very sketchy in a few places. I got the best start of the day and was in 15th at the end of the first lap. I got a good rhythm going and was moving forward at the start. Towards the end of the race I had a few scary moments that shook me a little bit and I dropped my pace slightly by not getting over the jumps causing me to fall back to 14th.

Overall: Today was a pretty average day for me, I feel like i could of done allot better today but I still came away with 3 points scoring rides for 15th overall and have again moved up in the championship to 16th.