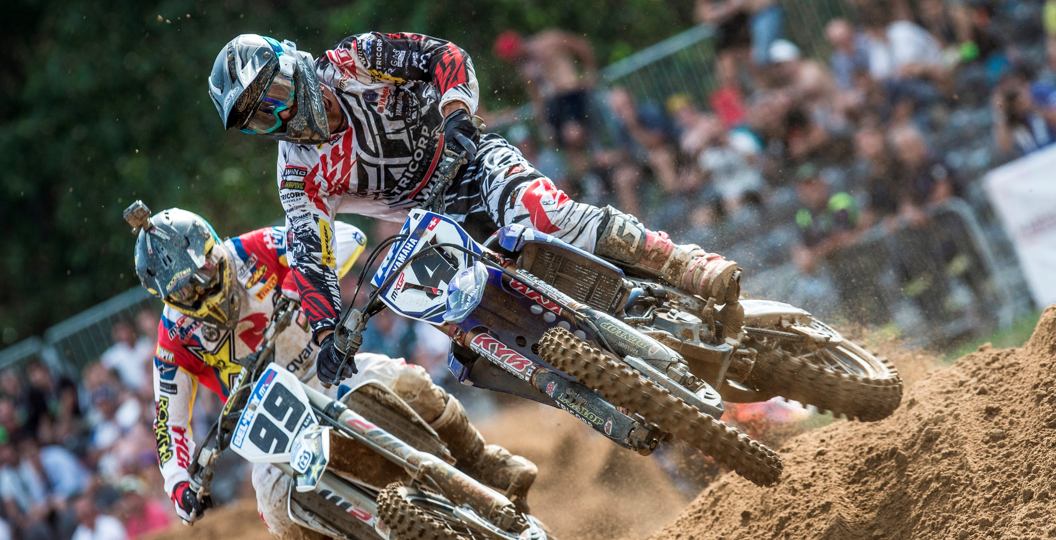 Yamaha Motor Europe is pleased to announce a contract extension with Arnaud Tonus that will see him continuing to race the YZ450F for the next two years, through to 2019.

The twenty-five-year-old Swiss rider is currently in his rookie season in the premier motocross world championship, MXGP. While he is tenth in the championship standings, he has already showcased his potential with a podium finish at the MXGP of Trentino in April and a qualifying race win two weeks ago in Russia. With nine rounds to go in the MXGP series, one of which will be his home grand prix in Switzerland on August 12th and 13th, the Wilvo Yamaha Official MXGP star hopes to hit another career milestone with an MXGP Grand Prix win too.

Tonus will remain on the Wilvo Yamaha Official MXGP team in 2018.

Arnaud Tonus: “I am really happy to sign with Yamaha. It was my number one choice since joining with Louis and the team at Wilvo. I have a really good relationship with them and I know how hard they work for me to be happy on the team, I am grateful for that. It made my decision to stay with Yamaha really easy, and I just wanted to move forward with them. On top of that, I have tried the 2018 YZ450F and I can honestly say it’s a really good bike and I can see a really solid future.”

Louis Vosters (Wilvo Yamaha MXGP Team Manager): “I am really happy to have Arnaud on board and I’m excited for the next two years. Arnaud is a really nice rider to work with, it’s been really good this year and he is a really good rider. I am extremely happy that he has signed.”

Erik Eggens (Yamaha Motor Europe MX Manager): “It’s a pleasure to have Arnaud onboard for another two-years. He has been testing the 2018 YZ450F already and it he seems very confident with the new bike, so it we feel it is a good move to continue building a relationship with him. I think he has a lot of potential and a good working relationship with the Wilvo team, so I am looking forward to sharing his success over the next two-years.”