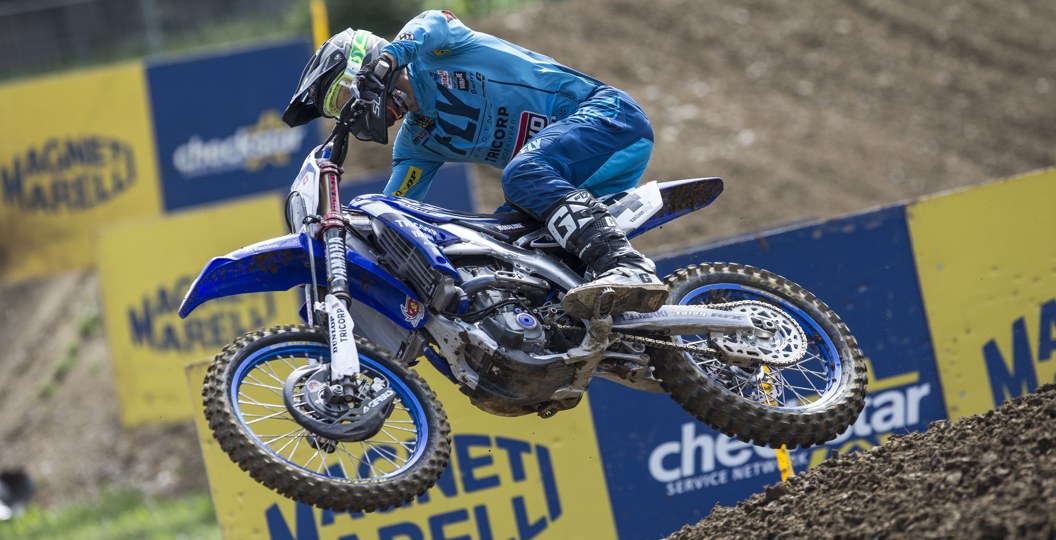 Arnaud Tonus was scheduled to compete in Geneva with the Wilvo Yamaha MXGP team this weekend, but has unfortunately had to bow out. It turns out that Tonus suffered a concussion in training a couple of weeks ago, so will obviously not race in front of his home crowd. The news was announced via social media.

“Sad to announce that I won’t be racing @SupercrossGeneva,” he wrote. “I had a pretty big concussion in practice a few weeks back and I really hoped that I could be riding, but I’m still not fit enough. I will be there to sign some autographs and take some pictures with you guys.“

This is the second injury that Tonus has encountered this year, as he missed three MXGP rounds in August and September with a collarbone issue. Twelfth was the position that he eventually acquired in that series.