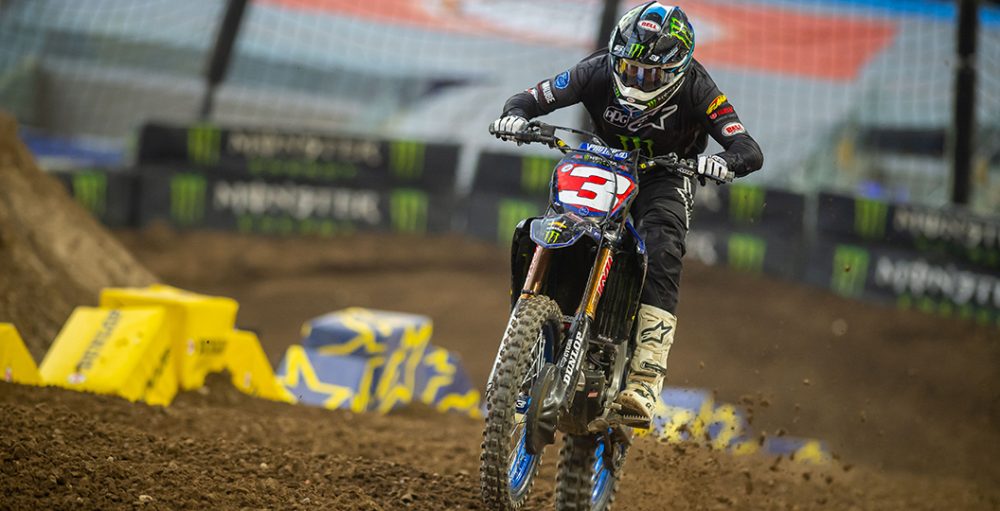 The 2022 Monster Energy Supercross series will continue with round eight of seventeen this weekend; Arlington, Texas, will play host to the travelling circus. The second Triple Crown race of the season will be run this weekend too, so there is plenty to look out for as riders roll into AT&T Stadium. The Triple Crown is not overly kind to those privateers who do not have a shot at making the main event – only the top twenty-two riders in each class will get to take part in the night show. Despite the tougher race schedule, there are forty-six riders entered in 450SX and sixty in 250SX. Read on for some additional notes heading into the weekend.