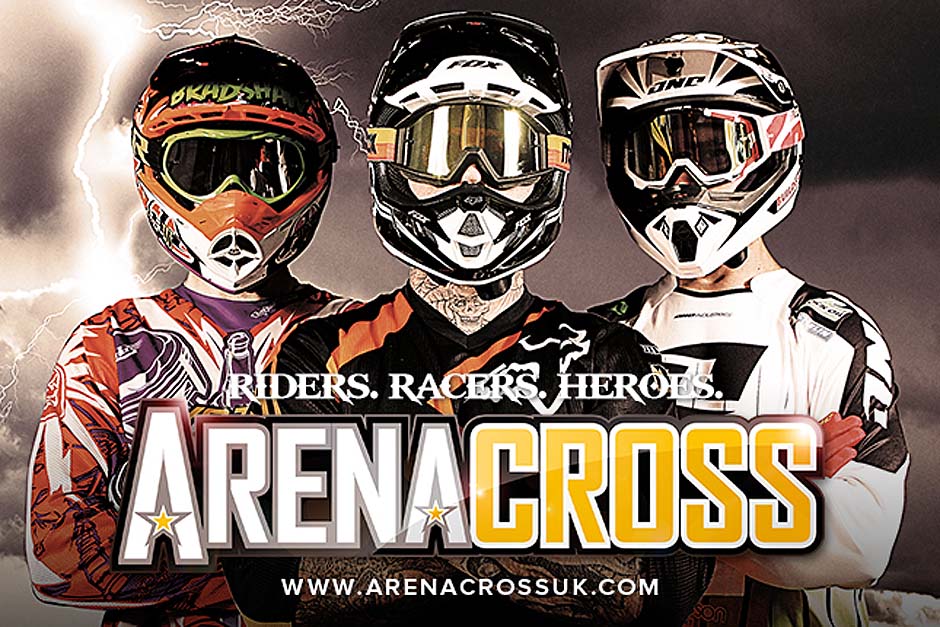 Tickets have gone on sale for the 2013 Arenacross series which will explode into four of the UK’s leading venues early in the New Year.

The incendiary new series features top professional and youth racing along with a frenzied Freestyle Motocross show and will revolutionise the way indoor events are run in the UK.

Sanctioned by the MCF and staged by top motocross promoter Events 22, the series gets under way on January 12 at the O2 in London before heading to the Odyssey Arena in Belfast for round two on January 19. From Northern Ireland the series then travels to the LG Arena at Birmingham’s NEC on February 2 before signing off at the Echo Arena, Liverpool, with an afternoon ‘matinee’ round on February 10.

An invited field of top professional racers will be limited to MX2 machinery while youth classes will be split into 65cc, SW85cc, BW85cc and Rookie classes. Each round will also feature top-flight Freestyle Motocross competitions. The series will be televised on British Eurosport and Channel 4.

Ticket prices start from as little as £10. To buy yours – or to register an interest in racing – log on to www.arenacrossuk.com.