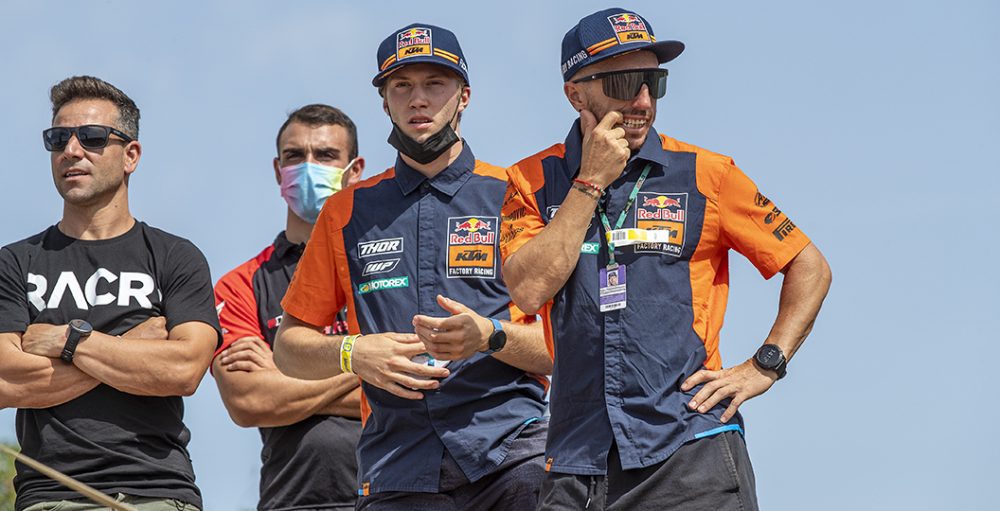 Antonio Cairoli confirms his participation in the 2021 Motocross of Nations! Just days on from such a worrying incident at the Grand Prix of Sardegna, he will take to the track and represent Team Italy at Mantova. Cairoli confirmed this news via the following statement.

“Even if they are beautifully damaged, it is time to take the handlebars back in hand to defend the colours of the national team.”

Silence fell over the Riola Sardo circuit on Sunday morning, as Antonio Cairoli fell in a spectacular fashion and was motionless in the track. Cairoli was stretchered off, taken to the medical centre and ruled out of the Grand Prix of Sardegna. Thankfully, despite the fact that he initially lost feeling, the scans came back clear and it was determined that there was no cause for concern. No significant injuries were sustained.

“A very bad day today. I was hoping for a good race because I like this track a lot. It was a small mistake that cost a lot of energy and affected me. When I was on the ground I didn’t feel everything so well. I was pretty scared. With the check afterwards, it was a relief to know everything was OK but the impact meant I could not race. It would have been good to take some points today but that’s part of racing. We’ll focus on getting healthy again and enjoying this last part of the season.”

The small matter of the 2021 Motocross of Nations looms now, as it is unknown whether he will be able to represent Team Italy at Mantova this coming weekend. Cairoli’s down to compete in the MXGP division alongside  Mattia Guadagnini (MX2) and Alessandro Lupino (Open). Although he was cleared of any injuries, he is battered and bruised. That is unlikely to improve too much in the coming days.

This has been a big week for Antonio Cairoli, of course, as he officially announced that the 2021 FIM Motocross World Championship would be his last in a media event in Rome on Tuesday. Cairoli may do a handful of events next year, but this is going to be his final term as a professional athlete. Now, following a DNS at the Grand Prix of Sardegna, he sits in fifth in the championship standings and 45 points down on the new championship leader, Jeffrey Herlings.