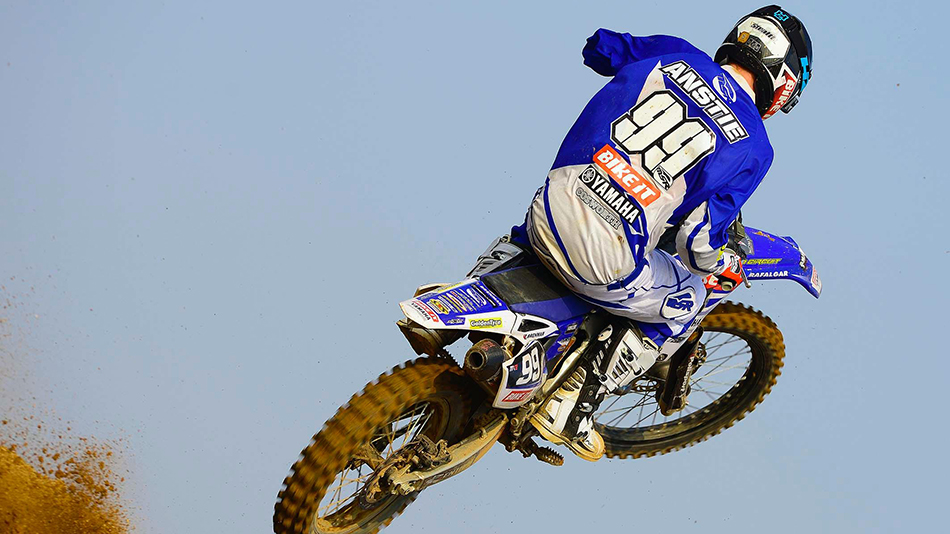 Yamaha’s elite in the MX2 class of the FIM Motocross World Championship fried in the heat of Si Racha for the Grand Prix of Thailand but Bike it Yamaha Cosworth’s Max Anstie delivered the goods on his YZ250F by taking third position overall for what was the second round of eighteen on the 2014 slate.

Temperatures reached higher than 35 degrees at the crucial point of raceday when the MX2 moto opened the programme at one o’clock local time. Even though the Grand Prix motos are being run at a shortened length of 30 minutes and 2 laps in 2014 conditions were still immensely demanding on what was a fast and relentless layout; a track that later became ruthless through the braking bumps and ruts that started to form.

Max Anstie was again at the sharp end of the MX2 field and circulated in the first moto as part of the top five. The Brit secured fifth place and then in the second affair blasted out of the gate to lead the world. ‘99’ fronted MX2 for 9 of the 18 laps and until world champion Jeffrey Herlings’ pace was too much to resist. Still, with a 5-2 scorecard Anstie was able to celebrate his first champagne spray in just his second appearance in ‘blue’.

Christophe Charlier endured a tough Saturday when a heavy crash landing awkwardly from a jump gave the Corsican some bumps and bruises. It was the first of two further spills that chipped at his confidence. The former European Champion logged a tenth position in the first moto after recovering from a first lap tumble and was setting some fantastic lap-times in the second race until he caught and twisted his right ankle and had to withdraw.

2013 Australian Champion Luke Styke is still in the process of recovering from a viral infection but both the rookie and Bulgaria Petar Petrov had some technical problems in the searing heat as the team continue their development work for Grand Prix competition.

The Grand Prix of Brazil will constitute round three and will take place at Beto Carrero for the third year in succession at the end of March.

Max Anstie: “I’m just pumped on life right now and to be in the battle is such fun. The last few years have been tough and we’ve started from the bottom and now it is so nice to be racing and up there. To be going for holeshots is a new experience for me. Steve and the team have done an amazing job on the bike and we’ve just worked so hard. Jeffrey and I used to race each other when we were ten and we go back a long way. The plan has always been the same and that’s to go out and ride my laps and it’s doing the job for us so far.”