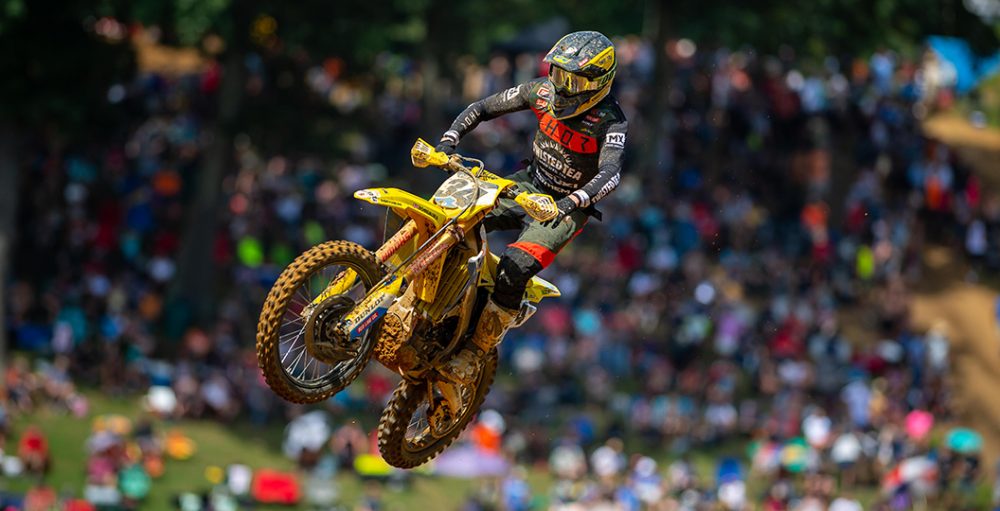 Max Anstie out of Ironman, tests positive for COVID-19.

In an unexpected turn of events, Max Anstie is out of the tenth round of 2021 Lucas Oil Pro Motocross this weekend. Anstie, who is coming off of a pair of top-ten finishes at Budds Creek, has tested positive for COVID-19. Seeing as he has to isolate for 10 days, as per government guidelines, one would think that he would miss the penultimate round at Fox Raceway next weekend as well, although his status has yet to be confirmed. Anstie confirmed his illness via the following statement on social media.

“Ok… Spanner to the plan or wrench in the works. I’m positive for COVID. Felt good all week but now I feel like I have been run over by a bus, so that’s me out of action until I feel better.”

Max Anstie is currently eleventh in the 450MX championship standings, with a season-best finish of eighth in a moto. With Anstie out of Ironman and Fox Raceway, it is likely that he will lose a spot or two. It is unknown what his future holds, as no deal for 2022 has been made public knowledge at the time of writing, although he is linked with many different teams in the American paddock. Anstie signed a one-year deal with Twisted Tea H.E.P Motorsports that is set to expire at the conclusion of the current season.

It is hardly surprising that Anstie has attracted attention in his first full season in the United States, as he showed real potential in 2021 Monster Energy Supercross. Jumping in halfway through the term, he edged closer to the top ten throughout the season and ended the campaign with a career-best result of twelfth at Salt Lake City 2. Anstie made every main event that he signed up for and transferred straight out of the heat race each time.