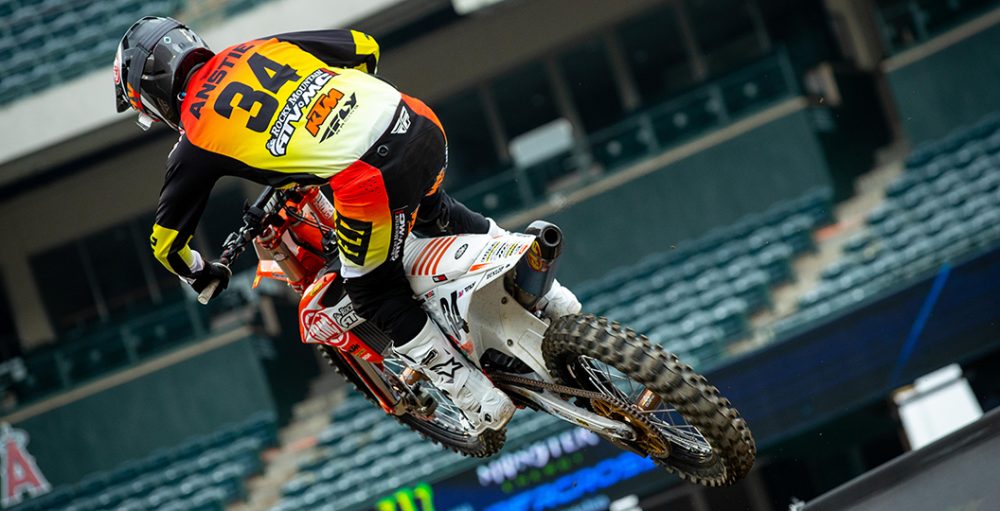 Max Anstie is set to make his Rocky Mountain ATV/MC KTM WPS debut in less than twenty-four hours. Such a poignant moment warranted the return of the ‘Anstie in America’ podcast on the MX Vice network. In episode five of the podcast, which details his bid for American success, Anstie talks about making the switch to KTM, gains that he has made with his supercross technique, what he expects from 2022 Monster Energy Supercross and the low points of his off-season. It is an extremely candid chat with the rider who is desperate to make gains.

Anstie joins Joey Savatgy and Shane McElrath on Rocky Mountain ATV/MC KTM WPS – his contract is for one year. There is certainly a sense that he needs to prove himself over the next seventeen races; he has everything that he needs at his disposal now. The fact that he has actually made it to Anaheim 1, the first round of the 2022 Monster Energy Supercross series, is a milestone for him. Anstie missed the last two season openers with health issues, so has not raced round one since 2013.