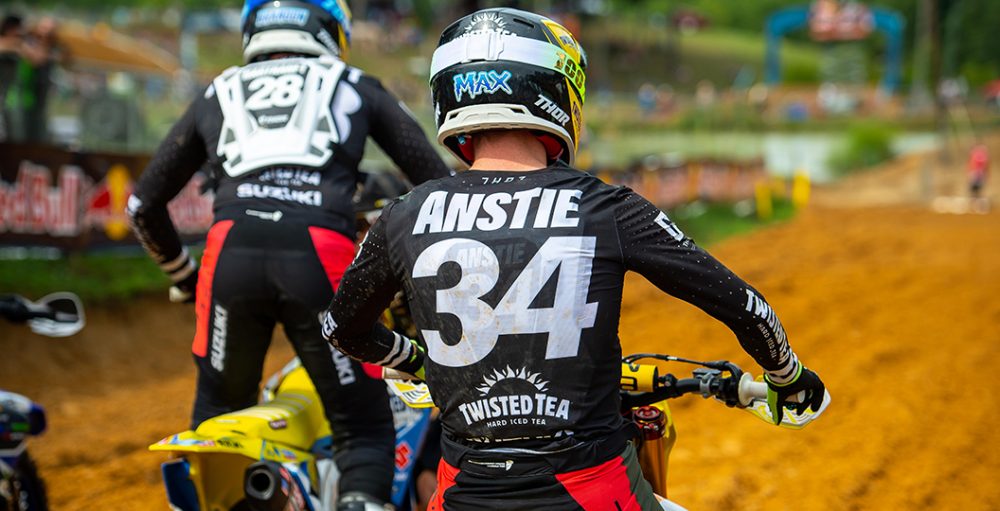 Max Anstie is back with another episode of the ‘Anstie in America’ podcast! It’s the fourth episode. Listen to it on Spotify, Apple Podcasts, SoundCloud, Stitcher and Google Play. It has been so long since the previous episode, so there was a lot to discuss. Anstie talks about his COVID-19 diagnosis, improvements to his RM-Z450, being offered fill-in deals in the FIM Motocross World Championship, 2022 plans and so much more. Yes, a lot of topics were discussed!

Anstie missed the previous round of 2021 Lucas Oil Pro Motocross, Ironman, after testing positive for COVID-19, but is feeling a lot better now and actually went testing earlier this week. The day went quite well, so he’s entered the penultimate round of the outdoors at Fox Raceway this weekend. Anstie sits in eleventh in the championship standings and could potentially build on that, especially considering that so many guys are sidelined. There are a lot of points up for grabs!