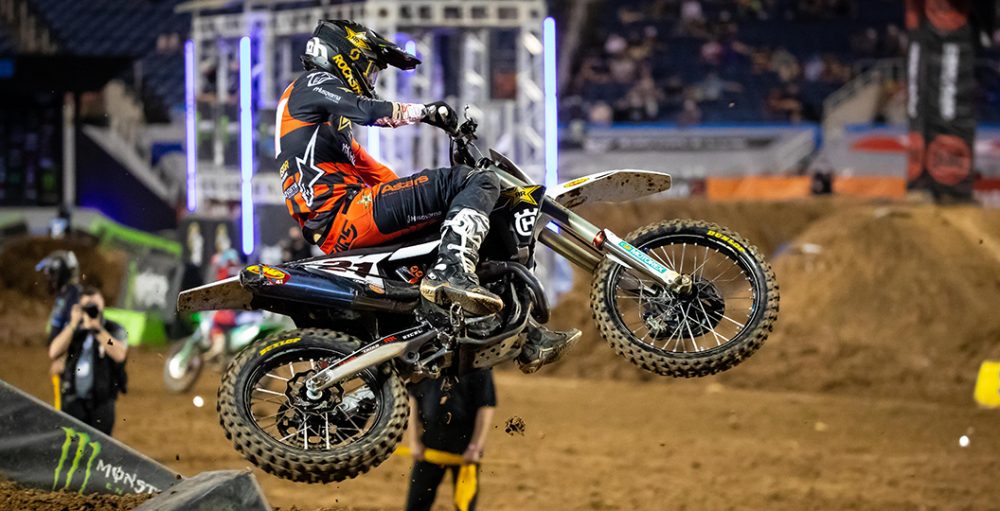 Does it not feel like Orlando 1 was weeks ago? The eighth round of 2021 Monster Energy Supercross will fire into life this weekend and be held inside of the same Camping World Stadium that hosted round seven. That is not the only similarity, however, as the track is going to almost identical to what was used a week ago. Why is that? Rain battered Florida earlier this week and stopped the track crew from making any major changes to the layout. Mike Muye, the director of operations at Monster Energy Supercross, explained the decision via the following statement.

“Immediately following Orlando 1, we did a full maintenance of the track and re-covered it in plastic to preserve what we had. Three full days are required to safely change over the track to the original concept for Orlando 2 and unfortunately the weather throughout this week did not cooperate and the base was saturated to the point we did not want to traverse equipment on it. The best course of action to provide the best racetrack for Saturday’s Orlando 2 race was to keep the same track configuration with new obstacles.”

What was Orlando 2 supposed to look like? Well, the original map can be viewed below.