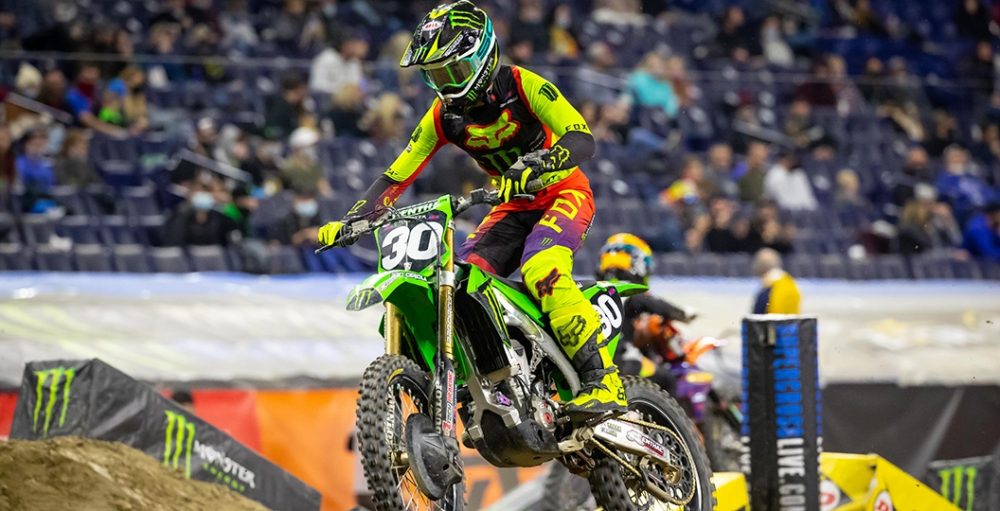 Monster Energy Supercross returns to Camping World Stadium, in Orlando, for the first time since 2007 this weekend! The track layout is actually a replica of that 2007 event, funnily enough, so it may looks familiar in the video below. Orlando has played host to many great races over the years, like Ricky Carmichael’s final main event and the first dry face-off between Carmichael, Chad Reed and James Stewart in 2005.