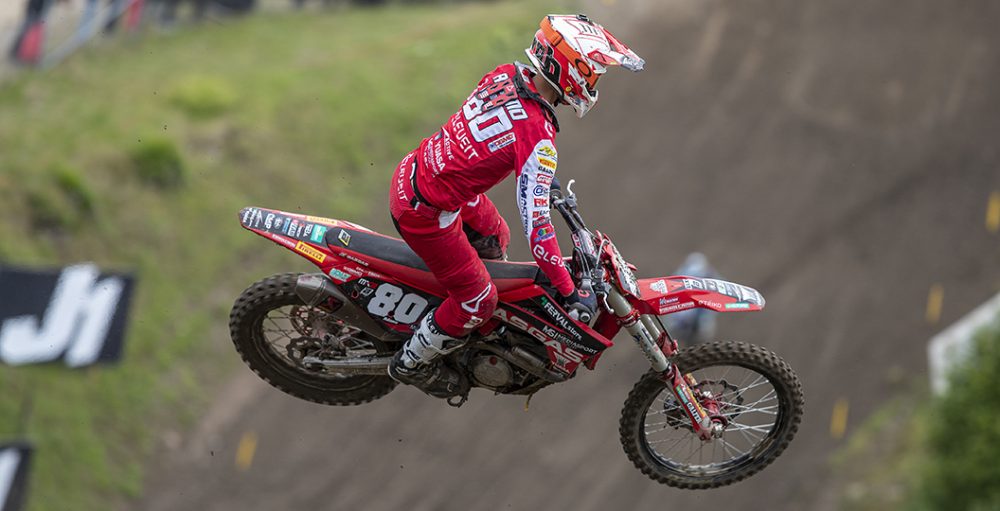 One of the brightest stars in the MX2 division, Andrea Adamo, bowed out of the Grand Prix of Sweden with a painful knee. Although he did not crash, he twisted it in a rut and was immediately seen to by medics after exiting the race track. Such an issue sounds like a torn ligament, of course, but he’ll undergo further examinations today to determine the extent of the damage.

“Unfortunately in moto one, after an excellent start, I twisted my knee when I was in P5 and I had to retire due to the pain. Tomorrow [Monday] I will do all the checks and we will see… I hope I’m still ok.” – Andrea Adamo

Adamo’s future is already secure, of course, as he has signed a multi-year deal with Red Bull KTM Factory Racing to lead their MX2 charge from next year. Adamo actually signed the deal in March and has been using a factory engine ever since; he has had consistent support from KTM’s team manager, Joel Smets, too. A big injury would drastically hurt his preparation for the 2023 FIM Motocross World Championship.

A knee injury would also be catastrophic for Team Italy at the Motocross of Nations. Adamo’s heavily rumoured to sit alongside Antonio Cairoli and Mattia Guadagnini in the MX2 category at RedBud. If he is out, one would think that Guadagnini would move to the MX2 spot and Alberto Forato would be pulled in to race in the Open category. Italy has not yet named their line-up. 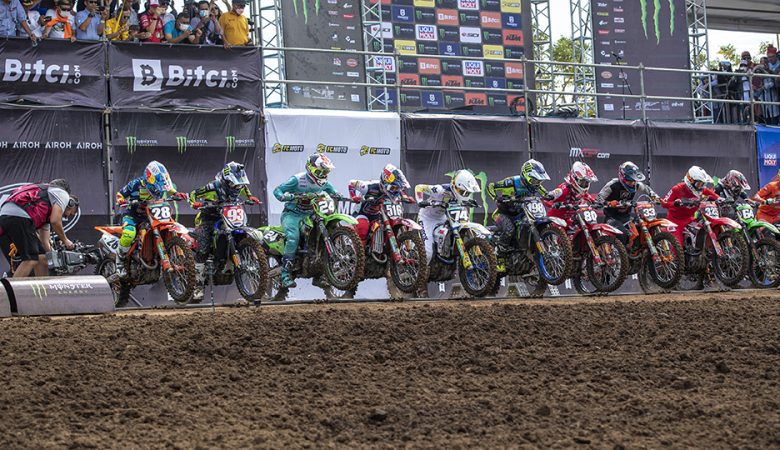