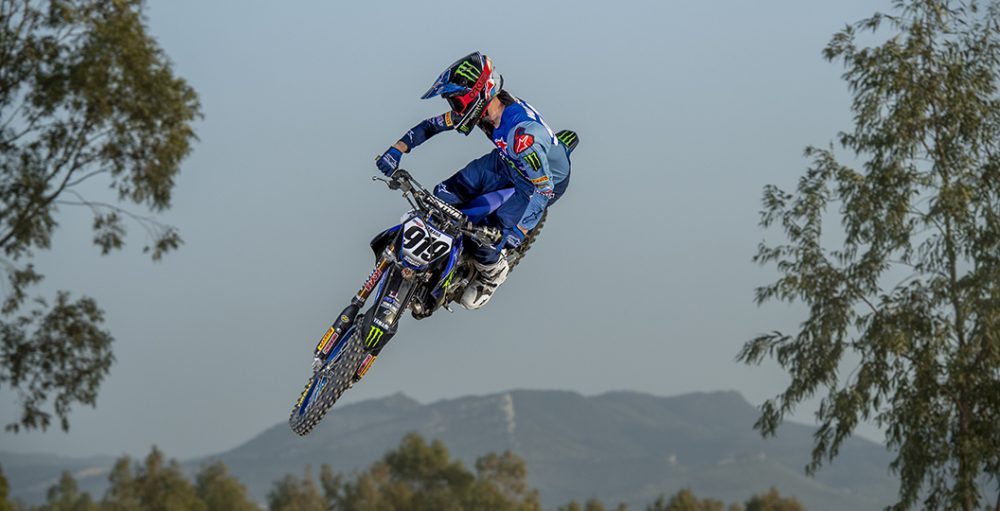 The 2021 FIM Motocross World Championship is going to be very exciting for many different reasons, one of those being the strong rookie contingent that is stepping foot into the premier division. Ben Watson and Thomas Olsen have realistic shots at winning Grands Prix in year one and should, barring any health issues, both stand on the podium at some point.

Now, premier-class rookies immediately impress a lot of the time. It is not like these riders are just unknown commodities – they won Grands Prix in MX2 just a handful of months ago. The expectations that are placed on those leaping onto the 450F have still grown considerably recently, thanks to a steady flow of impressive graduates who exceeded expectations. Romain Febvre led that movement and paved a way for those with limited success in MX2 to step into the MXGP category, as teams suddenly felt that they could discover the next diamond in the rough. Tim Gajser followed Febvre up onto a 450F the next season and won in his first attempt too, and thus the way that rookies are perceived was changed forever.

Jeffrey Herlings did not continue that run of a rookie claiming a premier-class title in year one, although his dominance in the second half of that term was another reminder of the immense talent that the MX2 class was churning out. Jeremy Seewer was the best-placed rookie the next season and impressed with his ability to consistently battle for spots inside of the top five – the statistics below are not a true representation of just how strong he actually was. The point is that rookies tend to exceed expectations more often than not. There is a sense that both Watson and Olsen need time but then in the same breath most are keen to point out how high their respective ceilings are.

This is an exciting prospect for many different reasons, one of those being that it is rare to have two capable rookies making the jump up at the same time. The last time that there was something similar to this would have been in 2017, when Jeffrey Herlings and Max Anstie entered the class and made quite the impact (the pair shared the podium on more than one occasion). A point to consider is that this category is much more stacked with talent now, as all of these rookies have stuck around and only a couple of riders have departed in recent months. That could be an advantage though: All of the attention is rightfully sitting on the big six in the division.

Jeffrey Herlings, Antonio Cairoli, Romain Febvre, Jorge Prado, Jeremy Seewer and Tim Gajser are the riders who will bear the brunt of criticism if they fail to finish at the front. It is thought that both Olsen and Watson can enter that group, but no one is going to raise questions if it does not happen in year one. Watson especially is sat under an awning with two riders who won Grands Prix just last term, so those are the ones with pressure to perform. If he can sneak ahead of one of his teammates – by all accounts that is a real possibility – then that would be him overdelivering in a term dubbed a learning year. The point is these two are lurking in the shadows, but something big could be coming.

There is nothing but positivity filtering through from both the Monster Energy Yamaha Factory Racing and Rockstar Energy Husqvarna Factory Racing outfits, make no doubt about it. Where could each rider realistic sit in comparison to the leading rookies from years gone by? Peruse the statistics that the fresh-faced riders of yesteryear compiled in their first term aboard a 450F.