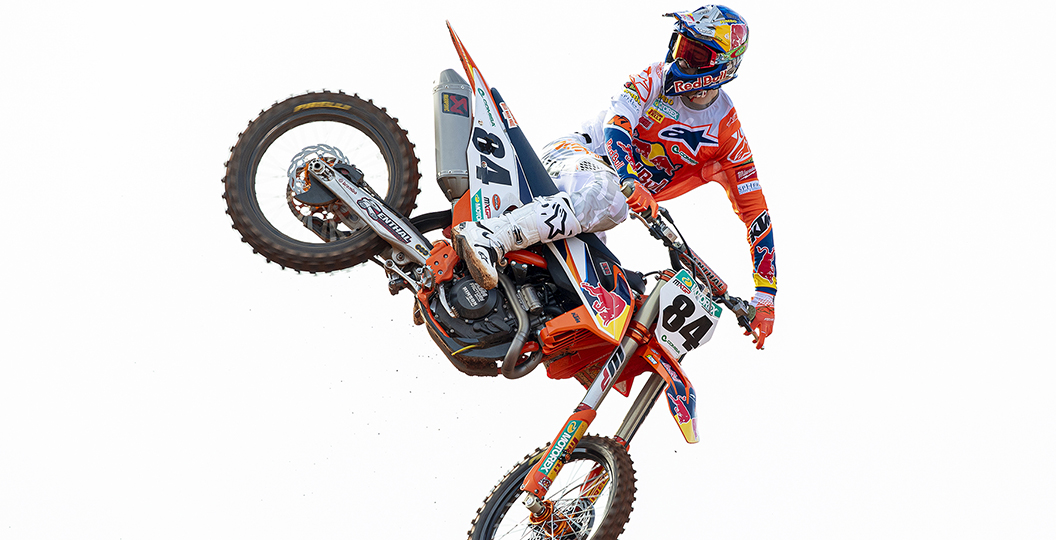 The stage is now set for the 2020 FIM Motocross World Championship! There are a gaggle of contenders in the premier MXGP class, all with world titles nestled in their back pocket, so there is a lot of stuff to unpack before gates drop at the Grand Prix of Great Britain on Saturday. Part one of the MX Vice preview looks at the strengths and weaknesses of the winningest riders in the MXGP category.

Strength: Jeffrey Herlings is the fastest rider in the FIM Motocross World Championship and there is simply no way that anyone could argue that. Herlings will win the most races this season, as long as a health issue does not arise, and that is that. Easy! If a title contender wants to beat him straight up, then attempting to match his speed may not be the way to go. Getting a good start and sprinting early on would be the best bet, because Herlings typically hits his peak in the final few laps. Fitness is also a strength of his, you see. Remember how strong he was in his title-winning season?

Weakness: Injuries go down as a weakness, but not actually crashes. The guy does not crash! If you look at his track record, especially on the bigger bike, then he rarely has a monstrous crash that leaves onlookers gasping. That’s a true misconception that will follow him through the rest of the career. The issue is that when he does crash he tends to break very easily. Now, that does not necessarily stop him winning titles. Take a look back at how he got his first premier-class title or his second MX2 crown. Those attempting to stop him will look at his durability issue as motivation to never give in, no matter the gap.

Strength: Tim Gajser is durable, flexible or whatever label one wants to chuck in there. There is no doubt that he is going to crash at some point, and it will populate highlight reels for the rest of the term, but it is very likely that he will bounce right back up and salvage points. It is safe to assume that he is going to be there at all twenty Grands Prix, despite the fact that gravity will attempt to stop him on more than one occasion. It probably sounds like this is all said in jest, but it really is a valuable trait. How many contenders were unable to stop his charge last year because they were sat on the couch?

Weakness: There are two things to consider here: The first is that one of those crashes could very well bite him at some point. A cat only has nine lives and all of that. The second is that he has rarely beaten Jeffrey Herlings when they are both healthy. Could that be a mental block of sorts? Maybe, but then he does have more premier-class titles than his rival. Break down the statistics there and it becomes apparent that Gajser has beaten Herlings seventeen of the seventy-eight times that they have started together in the big bike class. It is something to think about!

Strength: Antonio Cairoli has more titles than anyone else in the premier division and that obviously means that he has the most experience. All agreed? Good. One would think that he needs to lean on that now. It is fair to say that both Jeffrey Herlings and Tim Gajser have the edge when it comes to speed for one lap, but that does not necessarily win championships. The thing that made him so unstoppable at the beginning of the previous decade was that one could count on him lining up in every race and never dropping off the podium. That reputation has effectively vanished at this point.

Weakness: The ability to avoid niggling injuries could be listed here, based on recent years, but hope is not lost there. There is almost no doubt that he could find the same level of consistency that took him to all of those titles. Raw bursts of speed for one lap are a weakness, one could mention, but that is not catastrophic at all. Cairoli has set the quickest lap time in thirty of the last one hundred and twenty-seven races that he has lined up in (covering the last four seasons). Hey, on the other hand, he had the quickest time in the last moto that he did.

Strength: It is funny really. The biggest strength that Romain Febvre has is his raw speed, which makes him similar to Tim Gajser and others though. Most Grand Prix contenders are similar at the moment: Unleashing one blistering lap is not a problem. Consistency problems haunt all of these guys though. For the most part, each of these riders is fighting the same battle (just at slightly different levels). The move to Monster Energy KRT is going to be a strength for Febvre – there is almost no doubt that is the best place for him. The change may do wonders.

Weakness: The obvious thing to think about here is the fact that he did get a late start with Monster Energy KRT, so will have to build up a little as the season goes on. The progress from the start of the month to now has been quite impressive though. The opening round of the Internazionali d’Italia series was underwhelming to say the least, but then he was a race-win contender at the final pre-season event in France. Maybe it is not going to take too long for him to get up on the podium? It is quite funny actually: This is similar to how Clement Desalle started his time at KRT.

Strength: Starts! Starts! Starts! Is there really anything else that could be put down as the greatest strength that Jorge Prado has? Prado killed the starts in the MX2 category, when there were a few riders just as light as him, so imagine how many holeshots awards he is going to pick up this season? If he can get straight out front and master the art of sprinting in the first ten minutes, he will lead plenty of laps and then give himself a great shot at success. The future is bright. The only question is how long is it going to take for him to taste success?

Weakness: Well, the femur definitely goes down as a weakness (figuratively and literally). It has not actually been confirmed whether he will take part in the Grand Prix of Great Britain, the first round of the 2020 FIM Motocross World Championship, but there is a chance, so stay tuned. If he does take to the circuit then he is going to be way behind the eight ball though, so do not expect too much. The guy has only been back on the bike for two weeks! Expect him to follow a similar path to what Jeffrey Herlings did during his first term on the bigger bike. 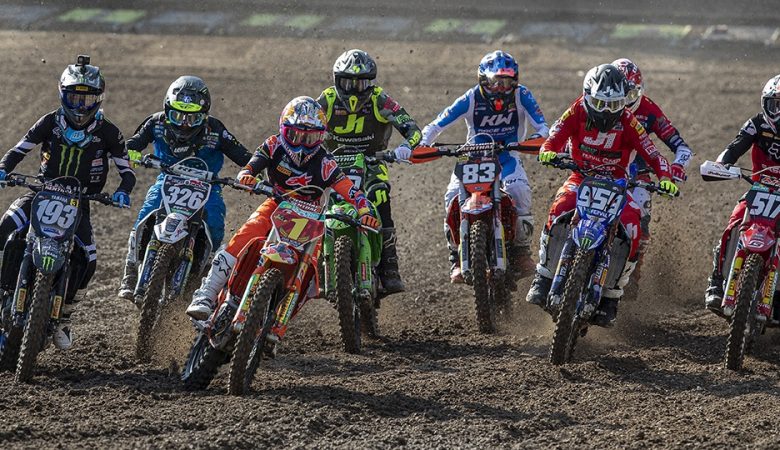 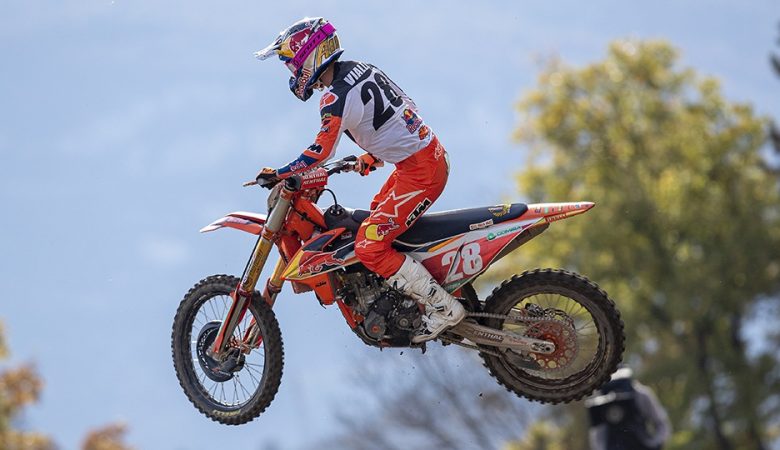 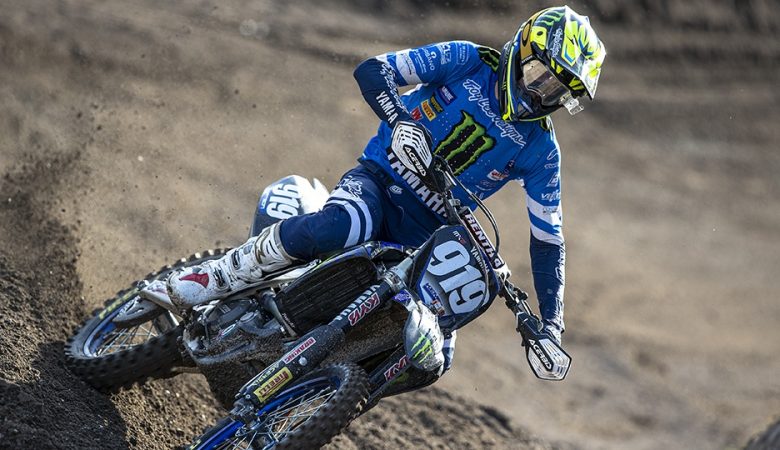 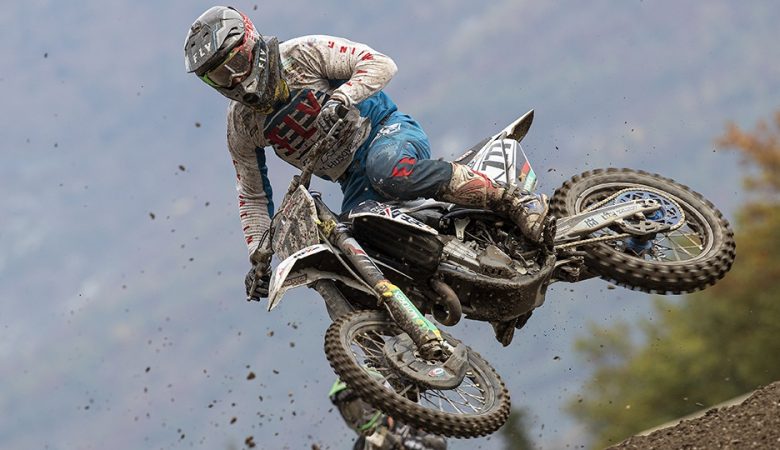