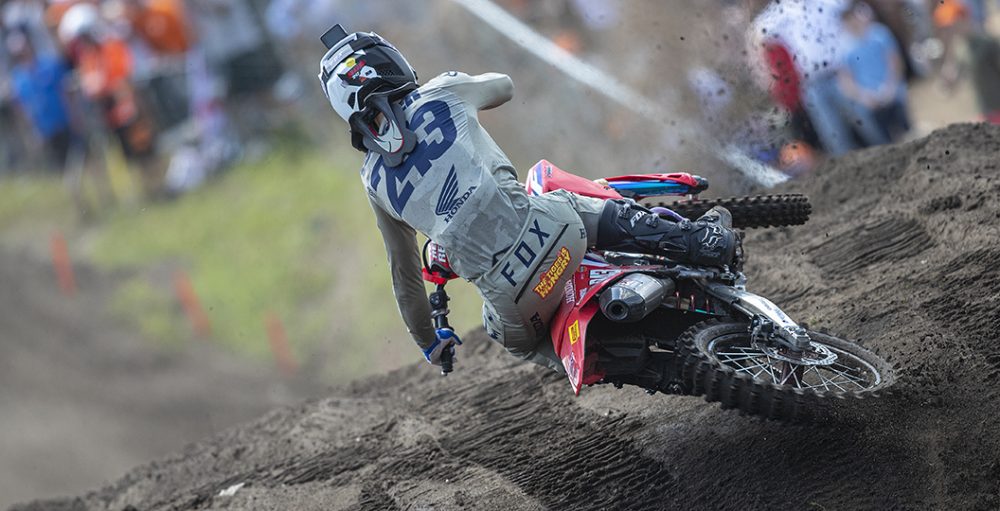 The 2021 FIM Motocross World Championship got off to a rather pleasant start, as there were no significant issues or injury scares across the first three rounds. It seemed that Grand Prix fans were finally going to get the title battle that they had longed for over the last five seasons. Now, after round four in The Netherlands, everything is up in the air and there is drama wherever one looks.

Lost in all that excitement is the fact that Oss was new to the calendar and had large shoes to fill, as it was the replacement for Valkenswaard (a circuit that is showing signs of life now). The circuit was saved by the fact that it had character to it, in my opinion, as it looked the part in footage and resembled Lierop in some ways. The downside is that it was narrow in spots and not the easiest to make passes on. It did not flow or reward momentum as much as a typical sand track, but then do all tracks have to be the same? There is no doubt at all that it provided amazing racing.

Antonio Cairoli mentioned the lack of infrastructure in an MX Vice interview after the event, which is true. The paddock was packed in on one end of the track, a ten-minute walk from the press room and start area, then the car park for riders and officials was a fifteen-minute walk in another direction. There were a lot of gripes about that, but that does not have an impact on the final product and there are other circuits that are a nightmare in that department. Is it the best Dutch track? Not at all. Does it do the job? Yeah, okay. It is not bad, by any stretch of the imagination.

Febvre tried everything imaginable to get around Glenn Coldenhoff, except for that line that Herlings used to get around guys. The line that Herlings was using should not have worked either though – look at how untouched that part of the track was. There was nothing to grab onto. It came down to being committed from the entry to the turn and hoping for the best. Febvre actually ended up being a case study for the two negatives about Oss, those being that it was tough to pass and there were fans too close to the track. Ask him about those two things!

“We are actually riding with two different ECUs,” Vlaanderen told MX Vice. “He is riding with a completely different brand to what we use. We can use the stuff that he is testing, but we are using a different brand now. We just changed this week. We did test this week as well, at a different track, so we are trying to improve on the starts, but it is not easy. When you are up against factory bikes, they get a better start than you. I will not be able to score a podium if I am starting in fifteenth place.”

That is my one issue with what Monticelli did. Febvre, in front of him, had a clear track and Monticelli went even further than he did. None of this would have gone on had the holeshot device disengaged though, so there are many moving parts there. Putting his reign of terror in The Netherlands to the side for a moment, Monticelli has had a horrid start to his stint with Monster Energy KRT. There are no bright spots to lean on through four rounds and he typically shows flashes. Twenty-third in the points is not good for a full-factory rider.