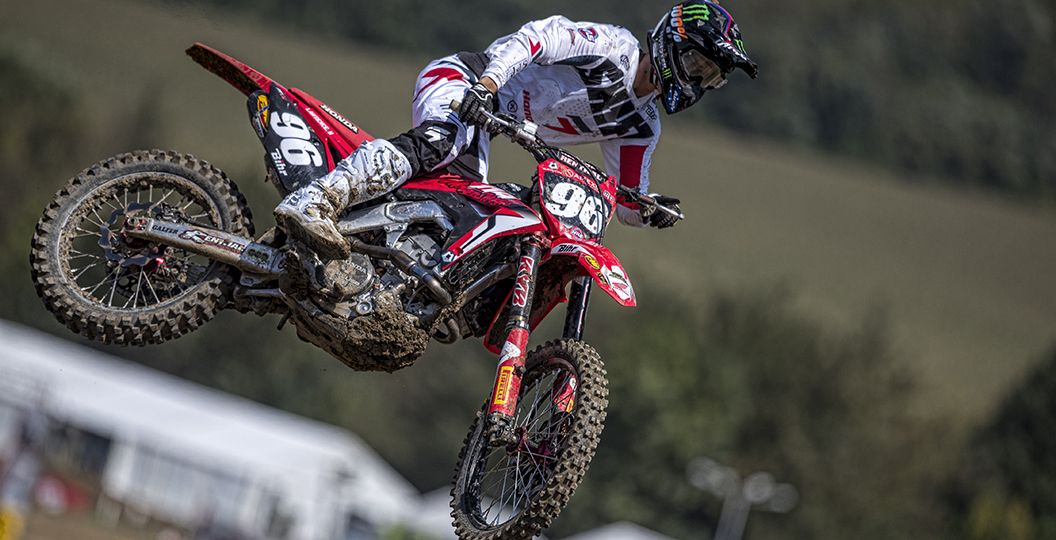 Whenever there is a rider who goes on a run, things can become a little monotonous. Jeffrey Herlings and Jorge Prado have great personalities though and that has ensured that interest levels have not dropped at all. There is no denying the fact that those two have been dominant and really left onlookers with very few questions as the series begins to wind down.

Jeffrey Herlings has led three hundred and sixty-one laps, won twenty-seven motos, stood on the top step of the box fourteen times and not finished lower than second overall through seventeen rounds. There it is! The statistics are absolutely incredible to assess and will continue to grow over the next month. People across the globe have become so accustomed to seeing him atop the box that it sometimes feels as though he does not get enough credit for what he does. Even if he goes undefeated in a season, something that is not out of the question, some would just shrug their shoulders and think that it was inevitable. Every single rider on the starting line has a shot at success though and the current series leader makes it happen almost every single time.

How is it possible for Jeffrey Herlings to decimate his competition in all conditions? It has been mentioned a lot this season, but he is on a ruthless programme that is based off of what Aldon Baker does in the United States. Herlings does not put a foot wrong, rarely allows his mind to wander from the track and is looking forward to seeing the final chequered flag wave at Imola at the end of September. The fact that he can straight up say that is a large part of the reason why he is popular, because he can switch off and speak like a real guy without infuriating any sponsors. It is a fine line and one that most are scared to even touch.

Even his competitors in the premier division have now begun to publicly acknowledge that he is incredible. Antonio Cairoli mentioned at the Grand Prix of Bulgaria that Herlings is the fastest guy in the class, not that it is breaking news, and the one who deserves the title. If any pundits had any doubts about his prowess, the way that he performed last weekend really drove the point home. The slick Sevlievo surface is supposed to cause the racing to tighten up. Instead, however, Herlings had one of his most dominant rides this season and put an exclamation point on this campaign. Four days have been and gone and that lap time that he set at the end of the qualifying race is still rendering some speechless.

There is no doubt that the Grand Prix of Turkey will follow a similar pattern, even though winning races is not a necessity at this point in the season, but it is difficult to picture a scenario that would actually lead to him getting beat straight up. Is winning the title a possibility? The difference between Herlings and Cairoli is seventy-three points and there are one hundred and fifty points available in the coming weeks. If Herlings sweeps both motos on Sunday and Cairoli grabs a tenth and a ninth, so loses twenty-seven points, the title fight would end. It is obviously unlikely, as the knee injury that Cairoli is currently dealing with will only get stronger with each day that passes.

It says a lot that Antonio Cairoli, who has had a lot of stops and starts recently, is really handling the former champions like Tim Gajser and Romain Febvre with ease. This confirms that some were too quick to assume that a new era had begun a handful of seasons ago. Although Gajser and Febvre were the dominant figures, Cairoli was fighting some serious health issues and unable to hit his potential. What would have happened had he been healthy through that period? The mind boggles. Nothing can be taken away from the other two though, that is not what this is leaning towards, but it is funny that many pundits are quick to judge results at face value. It is a common problem in this industry.

It is something that is especially prevalent when Motocross of Nations discussions ramp up each year. Fans want to see riders go, simply based on what their results are on paper, no matter the competition or other factors that come into play. An uneducated fan would choose a rider who finishes first in EMX300 over someone who is eighth in the premier class, just because it looks more glamorous. It is something that will always be an issue, because some will just peruse the results and not read features such as this. Another example is the fact that Tommy Searle ended eighteenth in qualifying in Bulgaria, which obviously does not look amazing, but he came from so far back to there in what was actually a noteworthy performance.

Looking at the premier-class standings with one round to go, it seems as though the battle for fourth is the only relevant one. Clement Desalle is thirty-two points clear of the rider who runs in fourth, so it does not seem as though he is in danger of being overhauled, but then Tim Gajser and Romain Febvre are separated by just five points in the lower half of the top five. Does finishing fourth mean anything to either guy? One would presume that is not actually the case. Febvre told us two rounds ago that he really wants to get third though, so maybe this means just as much to him? How about the fact that Gajser could end fourth or even third, despite the fact that he missed round one?

Jorge Prado is in a similar position to Jeffrey Herlings, as mentioned previously, as he has won five rounds in a row and appears to have this thing under control. It was still up in the air going into the Grand Prix of Bulgaria, despite the fact that the gap was twenty-eight points, as there still would have been time for Pauls Jonass to go on a run. It appears to be universally agreed that Jonass is quicker on the slick tracks and had he swept both of the motos on Sunday, the gap could have been cut down to twenty-two points with three rounds left. It would not have been an unsurpassable amount. The current gap of twenty-eight seems like too much of a stretch though.

It is obviously not over yet. Jorge Prado could make a mistake and finish tenth in a moto or there may be a mudder on the horizon, but that just seems ludicrous. Prado has finished inside of the top three in thirty of the thirty-four motos this year. That is incredible! Argentina was just awful, so scratch that from the record, then there was that fall on lap one of the first moto at Kegums. The last time that he fell out of the top three was moto one at Pangkal Pinang, where he ended fourth. Can anyone really just sit and wait for him to falter through the final six motos? It is unlikely that he will win the title at Assen though, as he is not that much better than Pauls Jonass.

There was a lot of talk about the interview that Hunter Lawrence did on MX Vice back at the Grand Prix of Switzerland, which can be listened to elsewhere, as he openly admitted that his CRF250R is underpowered. In a roundabout way, has this not turned out to be really good for all involved? This sounds crazy, but he has shown that the bike is extremely competitive in stock form. Lawrence has proven that he can take a CRF250R that is not close to factory, so something that consumers can obtain, and challenge factory bike. There are definitely some positives to extract from this situation, especially now that everything is trending in the right direction.

This has also added another intriguing point to the Motocross of Nations though. If Hunter Lawrence is now riding this well on a bike that may not quite be the same as what his main competitors are piloting, what is he going to be like on a GEICO Honda at RedBud? The year has not gone well at all and that is undoubtedly something that will cause most to leave him out of pre-race predictions. There is definitely a good chance that he could take the win or at least be in the mix, especially considering he will feel like he has a point to prove to pundits on both sides of the pond, so that will be exciting. There is still so much to look forward to as this thing winds down.

There was actually something that had been highlighted a lot on MX Vice that was going to be very exciting. The battle for third in the points between Thomas Kjer Olsen, Ben Watson, Calvin Vlaanderen and Thomas Covington was heating up quite nicely and there was the potential for an upset there. The Grand Prix of Bulgaria did not help that at all though and now, with one hundred and fifty points up for grabs, it seems as though everyone is set in their respective positions. Covington is the one to watch though, as he still has the potential to push forward. Overcoming a thirty-five-point deficit to Watson will be tough though. 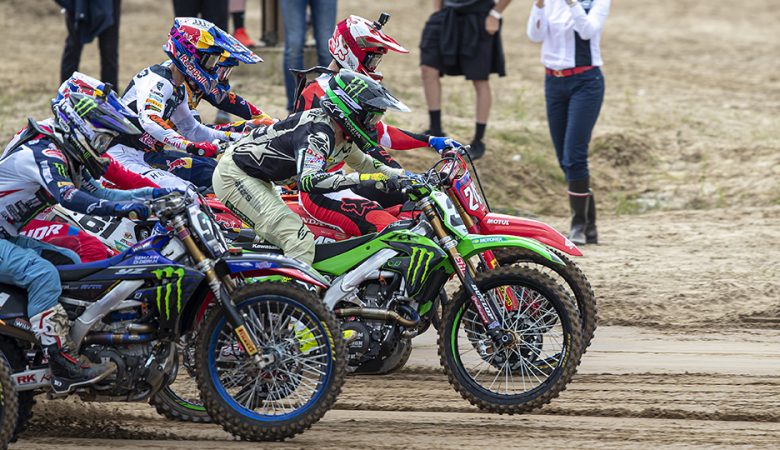 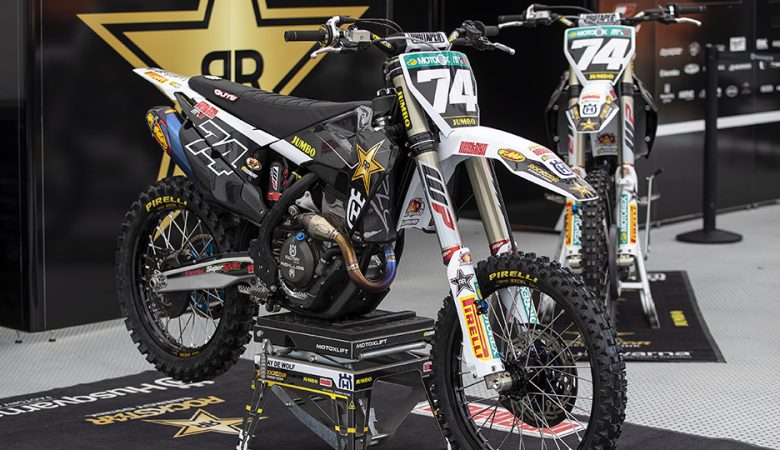 All Results: MXGP of Belgium 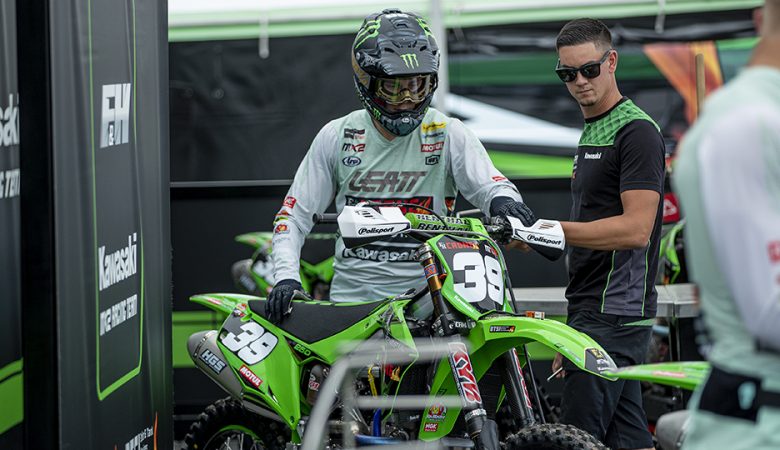 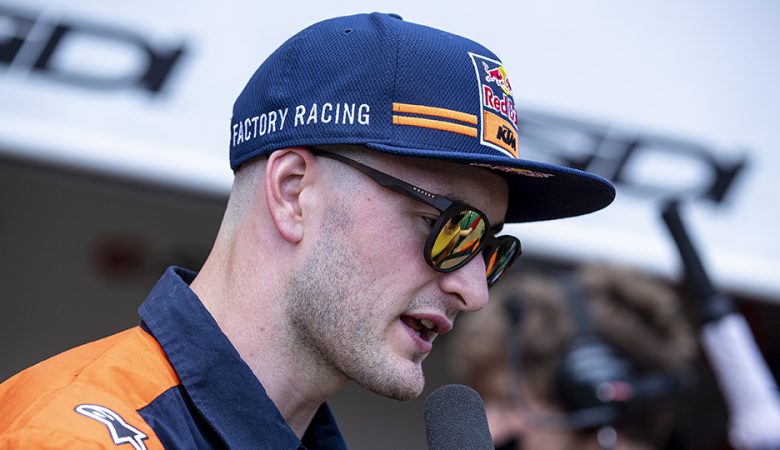