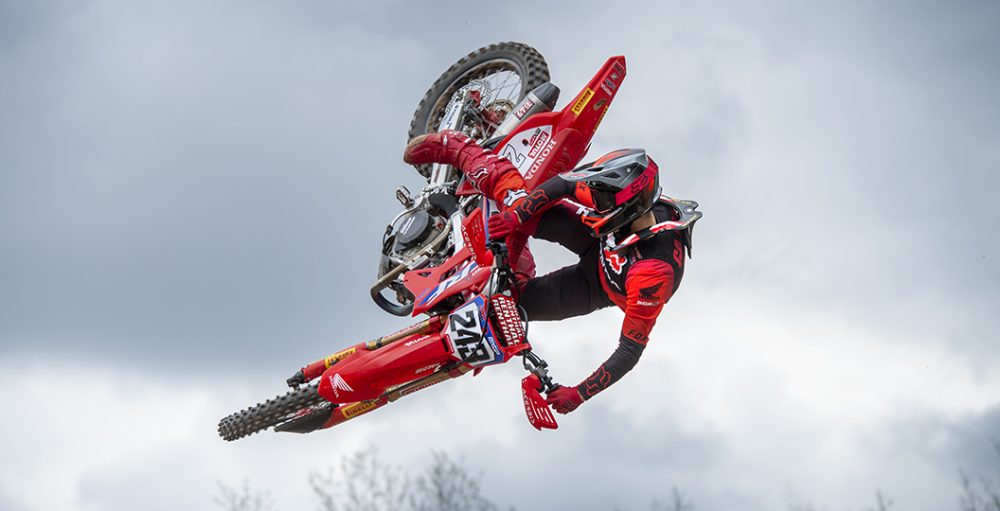 It still feels quite surreal that the 2021 FIM Motocross World Championship is going to begin in just a couple of days, yet this is actually happening. It has been a long drought and one that has prompted some to grow accustomed to life without the Grand Prix series. Buckle up though, race fans, because the upcoming term promises to be one of the best and the action will file in at an unprecedented rate. There will be nine events in eleven weeks. Yikes!

Jeffrey Herlings has raced in eleven of the last thirty-six Grands Prix, which is a number that those naysayers tend to cling to. It is an alarming figure and one that has to be considered. How often can one be struck by bad luck though? Misfortune is the sole reason for his last two injuries – that most recent health issue was caused by his foot slipping from the pegs on a slow lap. Why did that happen? A lingering foot injury caused him to place his foot in a weird angle and that meant he was riding in pain for quite some time. Surgery was done on that foot late last year, and he is in a better position now.

Yes, he is in a better spot now. Yes, better than he was when he built a lead of 60 points in six rounds. Is that not a worrying prospect for his competition? It has to be. Herlings has done so much in his time on the bike that he almost has a hold over his rivals, because there is no telling what could be coming. What if he comes out and is at his 2018 level? Is there really anyone on the starting line who could stop him? It is safe to assume that is something that most of his competitors have considered, because it is a real threat. Firstly though, he must stay healthy and avoid misfortune. Easier said than done.

Tim Gajser is an underrated champion. Well, he was at least. The way that he performed at the end of last year far surpassed anything he had done in his career before then. There is simply no doubt that the Gajser who won the 2019 MXGP title would not have been able to compete with the Gajser who claimed the 2020 MXGP title. This is where things get interesting: Jeffrey Herlings has not faced that Tim Gajser yet. What is going to happen when that battle occurs? Time will tell. That is the on-track fight that is causing mouths to water. The only problem is that these two are like ships passing in the night – they rarely meet at top form.

The worry would be whether Gajser can start at that level, because it took him so long to start flowing after the first lockdown last spring. What if he starts off slow again this time around? That is simply not going to work when battling with Herlings, especially considering that he needs to capitalise on the hard-pack tracks that are going to kick off the campaign. That could be his downfall, along with the violent crashes that he typically bounces right back up from. Flirting with the edge has to bite at some point. It is worth noting that those monstrous crashes have subsided somewhat in the last twelve months though.

“It took him so long to start flowing after the first lockdown last spring. What if he starts off slow again this time around? That is simply not going to work when battling with Herlings.”

Jorge Prado is arguably the perfect title candidate, more so than the aforementioned guys. Prado manages to get amazing starts more than not, rarely crashes, rarely misses races with health issues and is extremely consistent. Where would one find a counterpoint for him being the favourite to win the title? Perhaps someone could argue that he lacks the raw speed that both Tim Gajser and Jeffrey Herlings possess, but then that is not a necessity for him to claim a title and his incredible race craft more than makes up for that. What else is there to say about the two-time world champion?

There still seems to be a stigma that surrounds Prado, regarding his fitness and ability in warmer climates. Those are irrelevant though – his recent rankings prove that he has overcome those issues. Prado even learnt a lot last year about his physical limits, so that knowledge will contribute to making him a formidable threat this term. It is also worth noting that he has had a full off-season about his 450 SX-F, whereas that was not the case at all a year ago. Seriously, try to find a negative about Prado!

Antonio Cairoli is in an intriguing position, as he is one of the most recent Grand Prix winners in the division and yet he has been written off by many. Few are including him in the championship discussion and only a handful of pundits have him pegged to win more overalls this year. What could have possibly changed since the Grand Prix of Trentino at the end of the previous season? One could argue that he is in a better position now – he had knee surgery and spent a majority of the winter period on the sidelines to ensure that he got the most out of his recovery. Does that not sound encouraging as round one beckons?

Cairoli has not been healthy since early on in 2019 – two full years ago – and he was running the same pace as Tim Gajser with relative ease at that point. What is to say that he is not going to go straight back to those heights now that the knee is fixed? Father Time waits for no one, of course, and maybe those days are gone. There is not categoric proof either way though, and that is tantalising. It is worth noting that there is a palm injury now, suffered at home a week ago, so that could restrict him somewhat to begin with. Cairoli is still going to be one of the most interesting guys to observe early on in the campaign though.

“One could argue that he is in a better position now – he had knee surgery and spent a majority of the winter period on the sidelines to ensure that he got the most out of his recovery. Does that not sound encouraging as round one beckons?”

Jeremy Seewer is very underrated in every way imaginable, but will that be the case in a week or two? The step that he took in the previous campaign was noteworthy – he went from a consistent podium threat to a consistent threat for wins. Heck, the red plate was in reaching distance at the halfway point in the season. Things derailed somewhat after that, admittedly, but he is in a better place now and appears to have made another step in the right direction in the wintertime. Could he come out and immediately remind everyone, including his fellow riders, that he is a force to be reckoned with?

That is why one could argue that these early events are more pivotal for Seewer than anyone else. Although he won a Grand Prix last term, it was in strange circumstances and a legitimate premier-class win at rounds one or two would alleviate any doubts that are floating in the background. Consistency is a strength of his, as he has raced 128 Grands Prix in succession at the time of writing. MXGP has been ravished by injuries in recent years, so perhaps that consistency could really come into play as this thing starts to wind down? It is worth noting that it is a contract year for him as well.

Can Romain Febvre claim a second world title? That is not necessarily the conversation here – a lot of things would have to go right for him to take gold. Febvre can be a consistent contender for race wins though, as proven by his two moto wins last term. Antonio Cairoli acquired the same amount and Jeremy Seewer had just one more, so he has to be mentioned in that group. The role of spoiler is arguably more fitting for him; he will steal points from the title rivals and slip between them a lot. The question is whether or not he can win more races than anyone is even considering currently.

Febvre has been impressive this off-season – he has taken advantage of being healthy (far from the case a year ago) and actually got momentum under his belt. The way that he rode in France last weekend, sticking with Jeffrey Herlings and running lap times three seconds quicker than his factory counterparts, drops fuel onto this fiery discussion. It has been a long time since he has done that consistently though, hence why a lot of people are hesitant to place too many expectations on his shoulders. It is a pivotal contract year for him as well – that is sure to add some disruption.