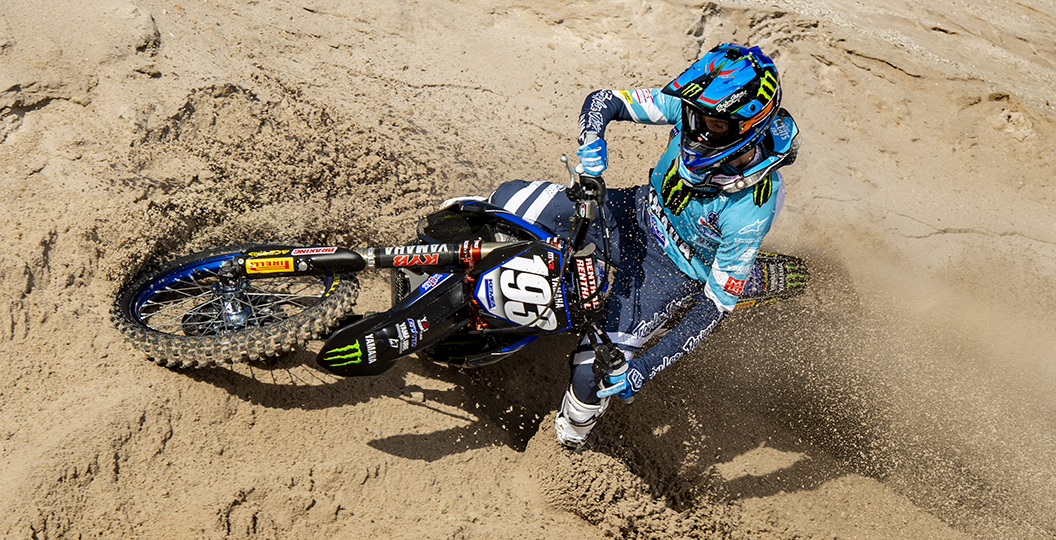 For the first time in quite a while, the MX2 category in the 2020 FIM Motocross World Championship is just impossible to predict. There are so many potential contenders for the title! In part one of the MX Vice MX2 preview, the established guys are analysed ahead of round one in Great Britain this weekend. There is a lot to unpack before the Grand Prix circus hit the picturesque valley of Matterley Basin.

Expectation: Thomas Olsen is expected by fans and sponsors alike to clinch the MX2 crown in the 2020 FIM Motocross World Championship. Fact. Olsen is the winningest rider in the class with three overall victories to his name, has claimed three medals in the class in the last three years and is the most consistent guy by a longshot. It is actually tough to envision a scenario in which he would not take the gold plate, because he has been so much better than the competition that he will face in recent years (over the course of a season, that is).

Reality: Does a leopard ever change its spots? Olsen is going to be the same picture of consistency that he has always been. If Olsen has a weakness, it is that guys like Tom Vialle and Jago Geerts will have more raw bursts of speed on occasion. That is not too big a problem as far as the big picture is concerned though, as long as those riders don’t find a way to pair consistency with that intensity. Olsen is entering the first round a little behind the eight ball, because of a hand injury, but that should not hinder him that much, even if he does have a bit of a slow start.

Expectation: It’s going to be interesting to learn whether the Red Bull KTM team are trying to keep things relaxed by not shooting straight for the world title. After all, even Jeffrey Herlings did not claim a title in his second year as a professional. There is no reason to think he would not be in the battle though – his starts are good (say hello to the new Jorge Prado) and he has the speed to follow that up. Maybe the fact that he does not have as big a profile as some of his competitors means that fans are underestimating what he is capable of, but most will have him pegged for a top-three finish at least.

Reality: It is realistic to think that Vialle could end up with more Grand Prix wins than anyone else this year. After all, he will be starting at the front like Prado did in many races. An element of consistency must be unearthed in order for him to challenge Olsen for the title (he was eighty-seven points down on him at the end of last year) but that should come with another year of experience and all of that good stuff. Game on! Vialle is going to blossom this year and make a name for himself. Is that going to lead to him being a world champion? Time will tell.

Expectation: It does not seem as though there is as much hype surrounding Jago Geerts, for some reason, but do not forget that he outduelled Prado in a straight-up fight last year. That speed is in there somewhere. The fact that he has never spent a prolonged period at the front may have led to the lack of talk about him – his longest streak of moto podiums is six. That was when he was on in the middle of last term and clearly the second-best guy, behind the now-departed reigning champ. Think about that month and suddenly what is expected of Geerts changes considerably.

Reality: A rider typically gets given two years to progress and is then expected to take a step up in the third season. Well, this is the third year that Geerts has spent in MX2. The field is also considerably thinner now, so it would be disappointing if he does not make some sort of big leap. It is hard to envision him picking up the title if everyone stays healthy, truthfully, but he should reel off a handful of Grand Prix victories (he does not even have one now) and could go on a little run at some point. Remember he is one of the only contenders who is one hundred percent going into Matterley.

Expectation: This should probably be dialled back a tad. For riders like Jago Geerts and Ben Watson, who have not stood atop the Grand Prix podium before, simply winning an overall must be the first expectation or goal in mind. Attention can turn to the bigger picture as soon as that milestone is locked in. The common consensus in this sport is that a rider cannot take their maiden win and then go on to clinch their first title in that same year. Guys like Ken Roczen, Jeffrey Herlings and Jorge Prado did not progress that quickly. This is a weaker field though with no established leader, so there is that.

Reality: Watson needs to rebound after a so-so season that consisted of ups and downs, but the first Italian round was already a step in the right direction. There is no way that, if he is at his best, he finishes the year without a Grand Prix victory. Come on! Watson is actually one of the only riders who has proven that he has the ability to match Olsen in the consistency department. In short, Watson will be more of a threat than a lot of people give him credit for. A hand injury may cause a slow start though, so bear that in mind in March.

Expectation: This is easy. There are not too many expectations on the shoulders of Jed Beaton, because a lot of people have not yet realised the heights he could hit. Beaton has not really got going since hitting the Grand Prix scene, mainly because of injuries, but he is in a good spot now and actually entering the first round at one hundred percent. That is a considerable improvement compared to last year. The average fan probably has Beaton pegged as a consistent top-ten rider for the most part. That is a safe bet, but there is the potential to achieve more here.

Reality: Beaton should be a consistent top-five threat, along with the rest of these guys, and pick up more than a few podiums along the way. Considering the fact that there is not a clear victor in this class, it is safe to bet that he will pick up a maiden win as well. Beaton is seriously that good! Remember that he has already got two podium finishes to his name. In fact, he is one of only eight guys (the four guys in this part of the MX Vice preview, Roan Van De Moosdijk, Mathys Boisrame and Maxime Renaux) who are going into the new season with knowledge of what it is like to stand on the podium.