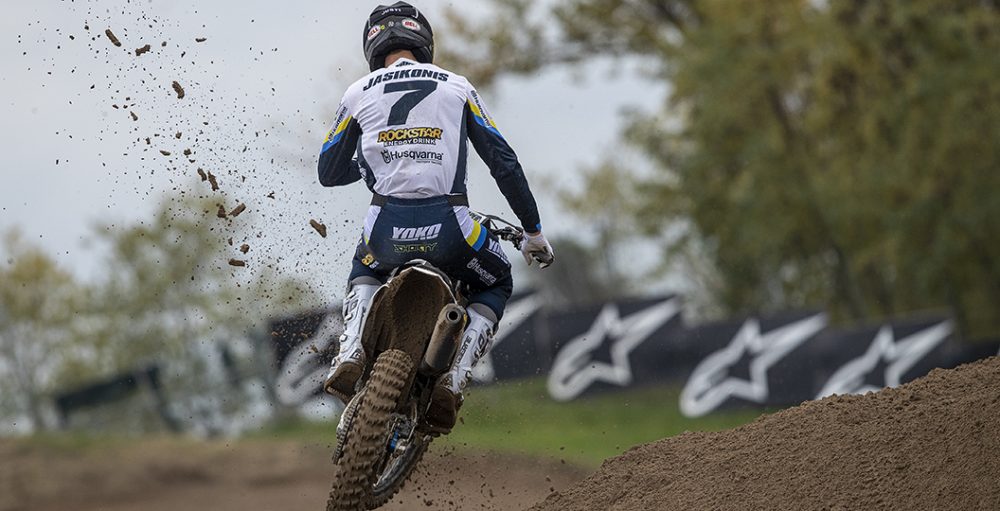 The news that IceOne and Husqvarna Motorcycles are travelling in different directions did not come as too much of a surprise, but it provided a great opportunity to reflect. A handful of different characters have wandered into the Husqvarna awning over the last eight years, some more memorable than others. Who remembers that Tyla Rattray was the first rider to join the squad? IceOne have been with Husqvarna since the manufacturer entered MXGP in its current form.

Tyla Rattray joined the team in the 2014 FIM Motocross World Championship, when it was named Red Bull IceOne Husqvarna Factory Racing. Rattray had a wayward campaign in what was his first Grand Prix season since his title-winning campaign six years prior. A broken finger ruled him out of the first three rounds, but he jumped back onto his FC 350 for the fourth stop. Things picked up after that – he had eight top-ten moto finishes in a row. Another injury, that being a torn ligament in his thumb, sidelined him after that.

Rattray returned for the Grand Prix of Belgium and immediately secured ninth overall, but parted ways with Red Bull IceOne Husqvarna Factory Racing after that even though there were still two events remaining. That marked the end of the season for IceOne. The second rider on the squad, Todd Waters, broke his tibia and fibula in a crash in late April, so missed the remainder of the season. Waters was seventh in the series when he got injured, so he was exceeding expectations in his first year of international competition.

Waters returned for the 2015 FIM Motocross World Championship and was joined by two new teammates, Max Nagl and Nathan Watson. Nagl was very impressive in his first season aboard the Husqvarna. Not only did he win three Grands Prix, but he was also sat on an advantage of thirty points in the championship standings at the halfway mark. A fractured ankle sidelined him at round nine and title aspirations vanished at that point. It was still an extremely successful term that put IceOne on the map.

Waters was ninth in that 2015 FIM Motocross World Championship and climbed onto the box at the Grand Prix of Italy. A 4-4 scorecard led him to that milestone – it was not enough for him to get re-signed for the following year though. Watson missed the first portion of the year with a fractured wrist but returned to record top-ten finishes towards the end of the series. Twenty-third was where he eventually finished, despite the fact that he missed so many races with injuries, but he too was dropped.

IceOne transformed into the Rockstar Energy Husqvarna Factory Racing squad prior to the 2016 FIM Motocross World Championship, where Max Nagl was partnered with Christophe Charlier. Nagl could not quite rediscover his form from the previous season, but he still jumped onto the overall podium seven times across the eighteen rounds. A single overall victory was captured at the Grand Prix of Czechia via 1-1 scores. Nagl ended third in the standings, whereas Charlier was sixteenth after breaking into the top ten just seven times in twenty-eight motos.

Max Nagl, Max Anstie and Gautier Paulin sat beneath the IceOne tent throughout the 2017 FIM Motocross World Championship. Signing Paulin was another significant step for the squad – he delivered one Grand Prix victory, which is still the last overall win for the FC 450, and finished in third in the championship standings. Nagl was a shadow of his former self and did not secure a single podium finish, but he did take a moto win at the Grand Prix of France. 2017 marked the end of his three-year stint with the IceOne squad.

The 2017 Motocross of Nations was spectacular for IceOne. Max Anstie swept his two motos in a very dominant fashion, capping off a rather successful rookie season aboard the FC 450 that included three podium finishes as well. Gautier Paulin won the Motocross of Nations with Team France that year too – IceOne featured heavily at the biggest race on the calendar. Those two riders, Anstie and Paulin, represented the team during the 2018 FIM Motocross World Championship.

Paulin was not quite as strong that term, as he did not win any motos and jumped onto the podium at just four of the twenty rounds. Fifth was the ranking that he secured in the final championship standings. Paulin did win the Motocross of Nations with Team France again though, ensuring that IceOne had some success. Anstie struggled at the start of the season too; he missed multiple rounds after suffering a concussion at round three in Spain but recovered to secure three more podium finishes and tenth in the standings.

It was all change at IceOne in the months prior to the 2019 FIM Motocross World Championship. Pauls Jonass, who was set to make his 450F debut with the squad, and Arminas Jasikonis entered the fold. It was a rebuilding year of sorts with such a young line-up. Jonass claimed three podium finishes, despite limited bike time during the off-season, and was eventually ranked sixth in the standings, just ahead of Jasikonis in seventh. Jasikonis had a season-best finish of fifth overall via 4-4 scores at the Grand Prix of The Netherlands.

Jonass and Jasikonis returned for the 2020 FIM Motocross World Championship, which ended up being the most emotionally draining term for IceOne. Jonass raced just two rounds before being sidelined for the rest of the year with three broken ribs and five broken spinous processes. Jasikonis impressed early in the campaign; he claimed two podium finishes in the first five rounds (those being the first trophies that he acquired with IceOne) and won a moto for the first time in his career too.

Results were simply not a priority in the weeks that followed that victory, as a devastating crash at the Grand Prix of Lombardia left Jasikonis in a critical condition. It was a horrific time for everyone beneath the IceOne umbrella – Jasikonis obviously missed the rest of that season, but did make a full recovery after a tricky couple of months. IceOne did not field any fill-in guys at the remaining nine rounds of the 2020 FIM Motocross World Championship and turned their focus to the following year.

It is now known that the 2021 FIM Motocross World Championship marked the end of IceOne’s partnership with Husqvarna Motorcycles. It was also the first time since 2014 – year one of the eight-year relationship – that there was no podium joy for the IceOne outfit. Funny how those things work, huh? Although this marks the end of an era for IceOne, it is the start of something rather exciting. It is heavily rumoured that the squad will take control of Kawasaki’s MXGP effort in the 2022 FIM Motocross World Championship. There is no confirmation at this time though.

If that does indeed end up being true then that means that Romain Febvre is going to lead the team into action. Kawasaki has not signed a rider to pilot the second KX450 at the time of writing, so there are a lot of unanswered questions. News regarding IceOne’s future is expected in the next seven days. Stay tuned to MX Vice for more.