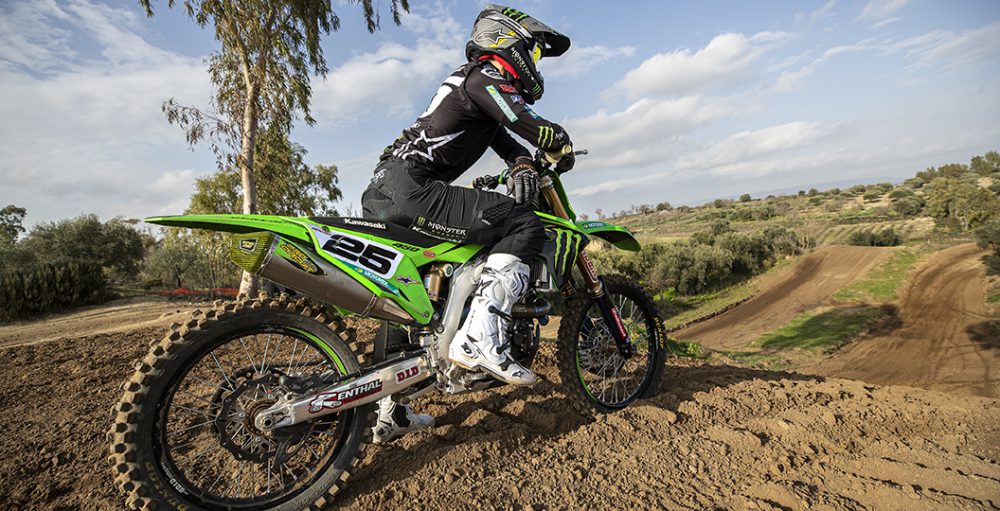 The premier class in the 2021 FIM Motocross World Championship is going to be full of talent. That is fact. There will be a hole on the starting line though – Clement Desalle and Gautier Paulin will not hit the circuits in anger for the first time in more than a decade. To lose two talents of that magnitude at once is rare, but how much of an impact will that have? Race winners come and go. Waiting for the newcomers, like Ben Watson and Thomas Olsen, to build a legacy similar to those before them is what will take time.

Picturing the 450F starting line without Desalle is particularly tricky, seeing as he sat in that division for the entirety of his career. It was 2006 when he first dived into the Grand Prix campaign, with a Suzuki from one of the satellite teams in Germany that donned 35 (Julien Bill occupied his preferred number at that point). In the same season that Belgium said farewell to Stefan Everts, their next great secured his first gaggle of points with a season-best moto finish of twelfth. Little did everyone know what was coming! The top ten was breached for the first time in the summer of 2007, then the top five a year later.

That rapid progression continued aboard an LS Honda in 2009, as he leapt up onto the overall podium and secured Grand Prix wins. Not only did his individual results soar to new heights, he also went from eleventh in the world championship (219 points down on the eventual champion) to third (53 points down) in a year. It is rare to see a jump like that, especially in the premier class. The rest is history. Desalle leapt onto the overall podium 81 times (13 occurred in 2013 making that a highlight) and had 23 overall wins. There were 35 moto victories nestled in there too. A legend is gone.

Perhaps it was his reserved demeanour that caused his legacy to be overlooked? That same trait also earnt him a lot of fans though – he was a different person as soon as his helmet slipped on. A lot of people adored his no-nonsense attitude to racing. Gautier Paulin, on the other hand, was a real showman and that helped carve his own path within the Grand Prix paddock. Paulin was a young hotshot, much more so than Desalle, and had his pick of teams when moving through the ranks as a youngster (eventually leaving Martin Honda for a lucrative deal with Molson Kawasaki at the end of 2007).

It was not until the 2009 season that he really fulfilled his potential, as he won the opening MX2 round out of nowhere. A third at arguably the muddiest event ever was his best result before then. That win with Bud Racing Kawasaki at Faenza in 2009 lit a spark, as he went on to finish third in the standings (Desalle had the same ranking in MX1 that same term funnily enough) and then moved up to full-factory status with Yamaha. Three overall wins and five moto wins, as well as 18 trips to the overall podium, were captured in the MX2 class prior to his move onto the 450F with KRT (his third Kawasaki team in the Grand Prix paddock).

Another nine Grand Prix victories, 17 moto victories and 41 podiums were claimed on the bigger bike. All of those are great, but one could argue that his Motocross of Nations success really defined his career. The fact that he led Team France to victory in 2014, 2015, 2016, 2017 and 2018 will never be forgotten. That is without even mentioning his dominant individual performance at Kegums in 2014! That undoubtedly raised his profile by a significant margin and will ensure that he continues to be referenced as a benchmark for many years to come. Desalle did have one Motocross of Nations win too, in 2013, but that again gets overlooked.