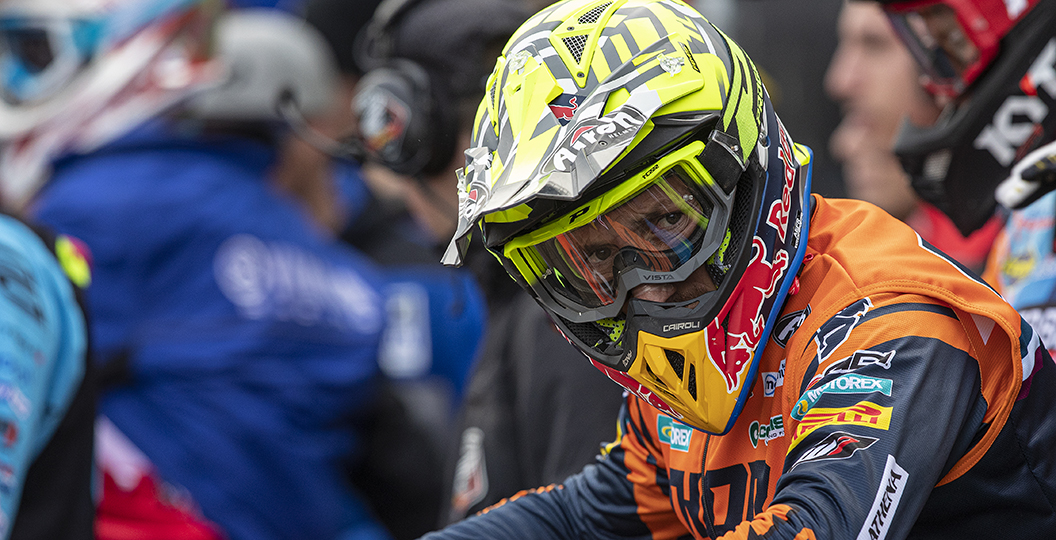 Antonio Cairoli is obviously edging closer to the end of his illustrious career, yet the results sheet does not paint that picture. Cairoli is still beating the same guys that he did six years ago, only bested by young guns like Jeffrey Herlings and Tim Gajser on occasion. There is just no need to hang up the boots at this time, so why would he?

The similarities that Tony and Chad Reed, four years his senior, share should be highlighted more. The pair are both defying the odds by racing longer than most before them, and have a passion for racing that is so pure. It is that quality that makes both riders so relatable – every fan is able to identify with that. The drive to be the very best is what keeps Cairoli going and that goal is easily obtainable as well, as he is so close to that tenth world title. The goal of matching Stefan Everts in that category is still very much alive.

That is where opinion is divided, as there are some fans who believe that now is the time for Cairoli to move on and enjoy life with his family (including a nine-month old son, Chase). It is very clear where the confusion comes from though: 2019 is considered a disaster for him and a black spot on his record. A vicious crash in Latvia, in June, ruled him out of the remainder of the series and meant that his achievements in the first half of the campaign were swept beneath the rug.

Cairoli was phenomenal in the first half of that season though, as he won the first three rounds of the series outright and sat on an advantage of 40 points after round five. The critics will say that he only had that gap as large as that because Tim Gajser made countless errors in the mud of Mantova, but that is the point. Cairoli knows how to get the job done and has experience that is unrivalled in the premier class – even his greatest competitors will attest to that.

There are older riders in the category, like Tanel Leok or Kevin Strijbos, but no one actually has age and the experience of winning a world title on their side. Why do guys like Clement Desalle and Gautier Paulin stare at an empty berth in their trophy cabinets where a number-one plate should live? Cairoli always beat them to the line through determination, grit and sheer talent. That same storyline could easily play out again, if (or when) racing ever resumes.

In fact, Cairoli claiming that elusive tenth title is the storyline that is chucked into the spotlight. What about going even further and claiming sole possession of the record? That is not out of the realm of possibility at this point. Sure, a deal for one more term was just signed (he has at least two championships to go including this year). There is no mention of 2021 being his final season though – there is actually not even a whiff of that. Who knows what the future holds?