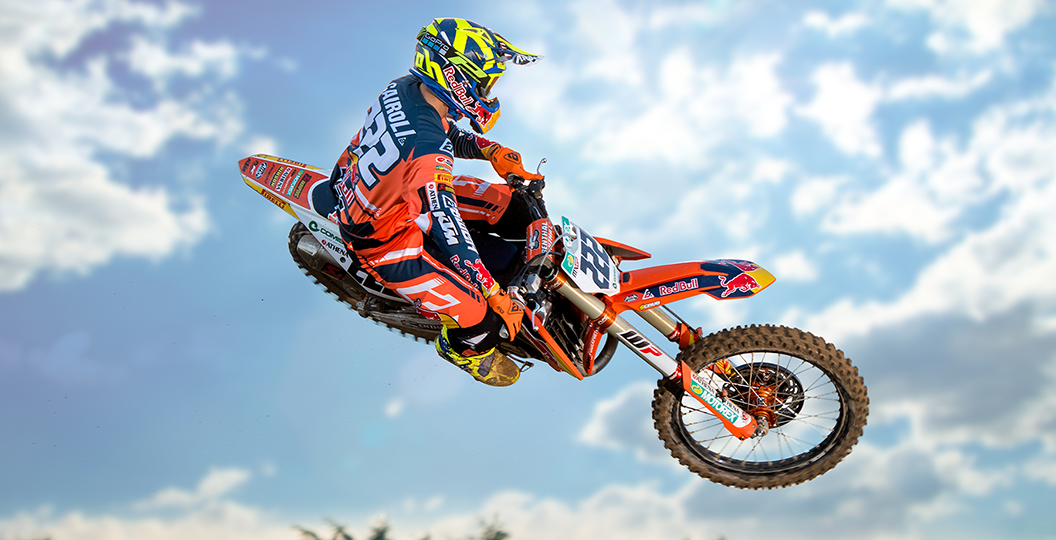 This is it! The 2019 FIM Motocross World Championship is just around the corner and therefore it is time to start looking ahead to the upcoming duels for the respective MXGP and MX2 titles. In part one of the MX Vice preview below, the contenders for the MXGP championship are assessed and broken down extensively. Who is your pick for the championship? Vote elsewhere on this very website and have your say on social media (motocrossvice on Twitter).

Jeffrey Herlings would be the clear favourite to win the premier-class title. That is a fact! A pre-season foot injury has positioned him in a race against time, rather than his competitors, though and it therefore remains to be seen if he is even going to be in a position to contend. There is no doubt that he will miss the Grand Prix of Patagonia-Argentina this weekend, but there is a chance that he will make it to the second event in the UK. What if he misses that? Valkenswaard could be an option and, at that point, he would only be one hundred points down.

There will be a point where he faces a deficit that is impossible to overcome, but what would that be? The way that he performed a year ago indicates that he could even put up a fight if the gap that he faces is right around one hundred and fifty points. It sounds ludicrous, but it is possible for him to make that happen. It is not over until the final chequered flag waves and he knows that better than anyone. This is going to ensure that a cloud of uncertainty hovers over Neuquen this weekend. Who knows what way this thing is going to go?

It is fair to say that fans across the globe know what to expect from Antonio Cairoli at this point, right? The only way that he could possibly surprise us, the pundits, is by going even faster than he has done previously. It is known that he will be smooth, smart and consistent at the upcoming nineteen rounds. It is the latter that must strike fear into the heart of Jeffrey Herlings, as he begins to determine whether it is will be possible to overcome the mountainous deficit that he is going to face when he returns. That is going to be the storyline through the first quarter.

Now, there are undoubtedly some who read about Antonio Cairoli being consistent and immediately jump up and proclaim that he was not at all last year. That is true, in a sense, because he did face a lot of setbacks and injuries over the twenty-round campaign. Even when battling through that though he still amassed an impressive number of podiums and dropped out of the top five in just seven motos all year. That total even includes the finale where he obviously did not even race! It is the ability to be strong everywhere that will serve him well, as matching the raw speed of Jeffrey Herlings will not be a pressing issue.

Clement Desalle is a forgotten man, once again, which is bizarre. Desalle was once one of the most exciting and eye-catching talents in the FIM Motocross World Championship but does not really grab the attention or interest that he once did anymore. Maybe that is a situation that works well for the Monster Energy KRT star? It is fair to say that he has made less mistakes and had less falls recently, hence why he quietly flies beneath the radar. It is a case of the tortoise versus the hare when comparing him to Tim Gajser or someone similar. That works though and he is gaining more silverware, as well as track time, as a result of that.

With that being said, will Clement Desalle win the title or even races this season? It is definitely a possibility and one that he will undoubtedly strive to seize. If he does indeed win the title, which will be his first at an international level, it is likely it would come through consistency, rather than being the dominant figure. It is a method that many adapt though and some even try to replicate: Monster Energy Supercross is a sterling example of that. Expect him to jump on the box in Argentina this weekend, like he did a year ago, but after that? It remains to be seen how much of a force he will be.

When looking for inspiration or a slight boost in confidence, Tim Gajser is going to look back on the previous edition of the Grand Prix of Turkey. It was the closest that he came to toppling Jeffrey Herlings and claiming an overall victory in his third term aboard his CRF450RW, but that was it. A distant third was the closest he came to the KTM juggernauts out front at most of the events. There was a reason for that, of course, as he injured his jaw at a pre-season race in Italy and was behind the eight ball when he re-joined the class at the second round.

The raw bursts of speed that were prevalent during his title-winning term were nowhere to be seen for the most part though. Perhaps that was a cautious effort, as he realised that winning a single race by a significant margin meant very little when looking at the big picture? There are countless theories that could be explored. Now that he has enjoyed a healthy off-season, something that he has lacked the last two years, is there a chance that the flamboyant star who shocks onlookers will return? Will that result in big crashes or another title? There are more questions than answers at this point.

Truthfully, the text that focusses on Tim Gajser could be applied to Romain Febvre. Those two stars are on remarkably similar paths and have been since they entered the premier division for the first time. Incredible speed, spectacular crashes, emphatic highs and crushing lows have all been experienced within just a couple of years. Febvre has been in a lull for longer than his rival though: Set-up issues restricted him for what was an eternity two years ago and then he could not stay upright last year. A season-ending concussion left him sixth in the points and with very little to show for his campaign.

Following an extended off-season break and different approach to training, which has led him to work with Jacky Vimond more than ever before, could a refreshed Romain Febvre make a dent in the title fight? There is a chance. That question sparks intrigue in itself, as he is a former champion and that accolade should mean that he will be in the mix. The reality is that his previous Grand Prix triumph occurred in June 2016. A lot of time has passed since then and therefore he must get back onto the top step before even thinking further ahead. The issue is that he has not come close to doing that lately.

A mystery wrapped in a riddle, so much so that some are probably questioning why Gautier Paulin is placed alongside the aforementioned title contenders. The fact is that he did finish fifth overall in the standings a year ago, so he is still considered the best of the rest, but he does not want that title nor does he think his chances of clinching a title are any less than his counterparts. The idea is that this pairing with Monster Energy Wilvo Yamaha MXGP is supposed to uncork some potential and finally put him in a setting where he is happy, which is a feeling he has sought after for many years now.

Gautier Paulin has already worked through Monster Energy KRT, Team HRC and Rockstar Energy Husqvarna Factory Racing without meeting the lofty expectations that were set. What even is expected of him though? Should he go ahead and claim the premier-class title or reel off countless victories? A significant step up is going to have to happen to reach those heights, so transforming into a consistent podium contender should be the priority. Although he has never had a problem jumping up onto the box, a taste of champagne tends to be followed by a mind-boggling tenth place. The tendency to do that is what evokes a sense of frustration.