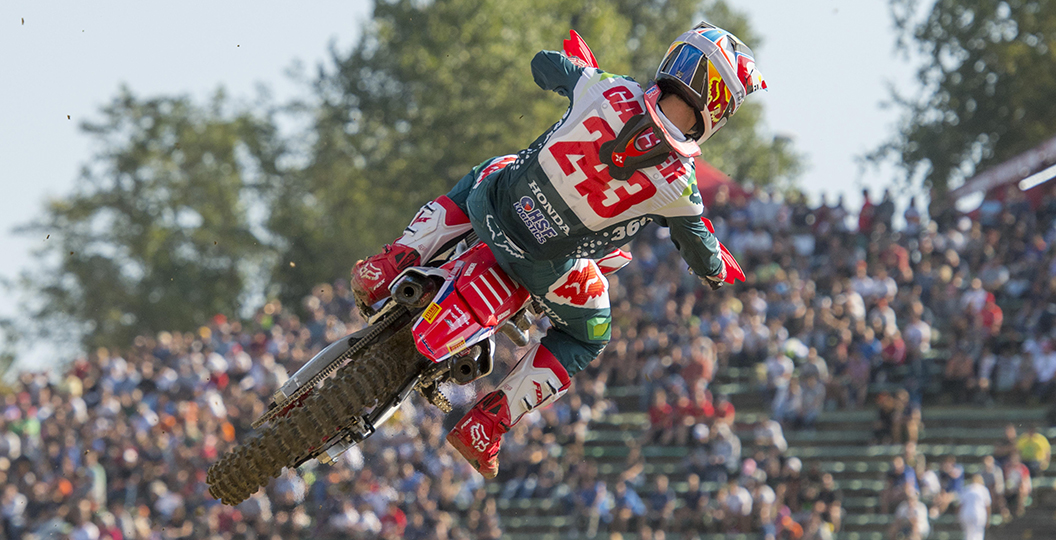 Analysis: An MXGP Guide I

Although the first round of the FIM Motocross World Championship is eighty-seven days away, booking sites are already being perused as most look to make plans and point to MXGP rounds that they hope to visit. Deciding to ditch an event that you have attended each season for the unknown can be seen as a risk, but the hope is that this guide will help you to make an educated decision. Seeing as the season is a long one, which stretches across twenty rounds, here is part one of our lengthy feature. This covers rounds one through five. If you have a specific question or just generally want to bench race, then email [email protected]

The Grand Prix of Patagonia-Argentina will act as the opening round yet again, which is news that most are ecstatic about. Even those in charge of budgets cannot deny that flying across to South America is a worthy investment. The track is incredible, as well as the infrastructure, and plenty of fans support the event. What more does one need from a Grand Prix? It is just a shame that it is so unrealistic for most European fans to travel across to Neuquen. The costs involved are astronomical in comparison to an event like Valkenswaard or even Pietramurata.

Now, with eighty-seven days to go until the first round, flights are eight hundred pounds each from London. Those prices will only rise in the coming weeks also. There is a chance that price entices you, but it is worth checking out the costs of hotel rooms as well before jumping to any conclusions. Those are quite expensive and there not any recognisable chains that drag the average prices down. It depends on what kind of quality you are after and, presumably, if you are going to fly across to South America then you do not want to slum it.

This will be the fifth time that the Grand Prix contingent have travelled over to Argentina, so everyone has seen how scenic the area is on social media and other channels. The views are the greatest draw and worth the trip, but there is not much else in the local area. What more do you really need on a relaxing break that includes some high-profile motocross? The food is similar to what you would find in Europe although, much like the hotels, there are not any recognisable chains. There are just local restaurants, so you get immersed in the culture.

Who would have ever thought that a Grand Prix of Great Britain would arise so early in a feature like this? I am sure this is actually a serious predicament for some far in mainland Europe. The lure of travelling over to the first European Grand Prix of the season, where some EMX classes race for the time, is hard to resist on one hand, but the thought of tackling the British weather in March must be tough to push past. I live an hour from Matterley Basin, so can therefore help with this. It could be a complete mudder, yes. There is a chance of that. It could also be dry as a bone and pleasant.

It really is unpredictable! The same could really be said about any race though. This is the comparison that I tend to use when some go a bit over the top. The first round of the Maxxis British Championship is run in March each year and sometimes it is indeed a washout. It is rarely just a complete mess though. Was round one cancelled earlier this year? It sure was, but then round two was run in fairly normal conditions in the same month. It is impossible to predict. There is one thing that can be guaranteed though: It will not be as cold as Valkenswaard was this year. Now that was just ridiculous.

If you are travelling across, flying into London Gatwick is your best bet. Actually, no, it is really easy to jump on a ferry and then drive off at Dover. Matterley Basin is an hour and a half from the ferry port. What more could you want? There are a lot of amenities that surround the track, as both Southampton and Portsmouth are nearby. There is an endless number of hotels, restaurants and everything that one could possibly need. Arguably the only drawback is that hotels are a little more expensive than in mainland Europe. Camping at the circuit is laid out in an extremely convenient manner though.

The Grand Prix of Europe, a historic stop on the FIM Motocross World Championship calendar. There is no doubt that Valkenswaard hosts one of the best rounds each year and, truthfully, it is rare to hear a negative comment about the event. It was insane how cold it was earlier this year and that put a bad spin on things, but that was just a random occurrence. It is unlikely that it will happen again. The weather is typically good at Valkenswaard, despite the fact that it always takes place early in the season, as it rarely rains. There are really no negatives!

It seems to be a common problem that British fans think that travelling to Valkenswaard is a costly exercise, simply because it is abroad, but that could not be further from the truth. It is actually very convenient. The ferry trip from Dover to Calais rarely costs triple figures, which is a good start to proceedings, and the drive to the track after that is just three hours, so it does not require much fuel. It is fairly easy to go across on a Friday (or even Saturday morning) and then drive back after the races on a Sunday night. The distance that you live from Dover would obviously make that slightly harder though.

There are countless hotels within half an hour of the circuit. Eindhoven is a short drive away and there are plenty of options there, including popular chains. The option that a lot of industry insiders go for is the Van Der Valk, although it is the costliest. There is a Centre Parcs opposite the track and therefore within walking distance. It is ideal for big groups! There are restaurants, supermarkets and more at that facility, so it really is perfect. Oh and, speaking of restaurants, there is a steakhouse called Rodeo in Eindhoven that is amazing. Take note of that!

Pietramurata, Italy, is one of those races that is on the bucket list that most fans have. If you are attempting to attract your uninterested partner to a round, then this is one the one to hit up. Pay attention! Flying into Verona is the best way to get to this race and then, once you have landed, there is a two-hour drive to the track, so a rental car is necessary. There are a lot of places to stay around the track that vary from one end of the scale to the other. An overwhelming majority of people stay at Lake Garda, which is thirty minutes or so from the track. It is the best way to merge motocross with a luxurious holiday

The Grand Prix of Trentino has to be seen in order to be believed. The mountains landscape is breath-taking and makes Pietramurata unlike any other race in the world, let alone on the Grand Prix tour. The area does provide some limitations, but the organisers really have everything down to a fine art at this point. Viewing on the hillside is limitless, as is it possibly to see a majority of the track from one location, so there are very few drawbacks to attending this event. Everyone enjoys visiting Italy, right? This is arguably the best of the three Italian rounds that reside on the calendar.

Most enjoying questioning why there are three Italian rounds on the Grand Prix schedule, which is justified, but the fact is that each one is very well-supported by both the fans and industry. Pietramurata is absolutely rammed every single year and there is no doubt that the upcoming event will be no different. It creates an atmosphere that would even leave an unenthused spectator speechless, which is what is needed. There is a method behind the idea and if, for some odd reason, Italian fans stopped supporting the event then there would be obviously be a reason to reconsider things. 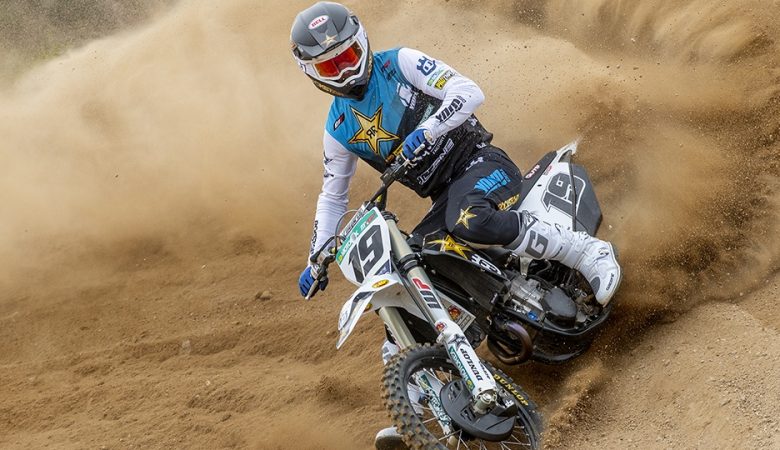 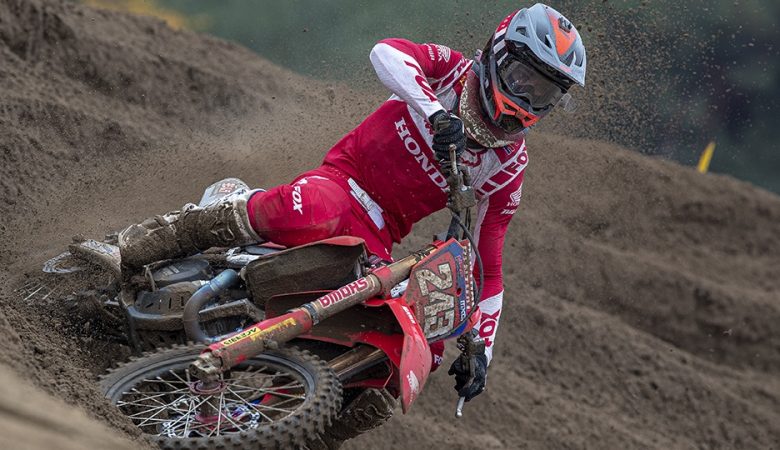