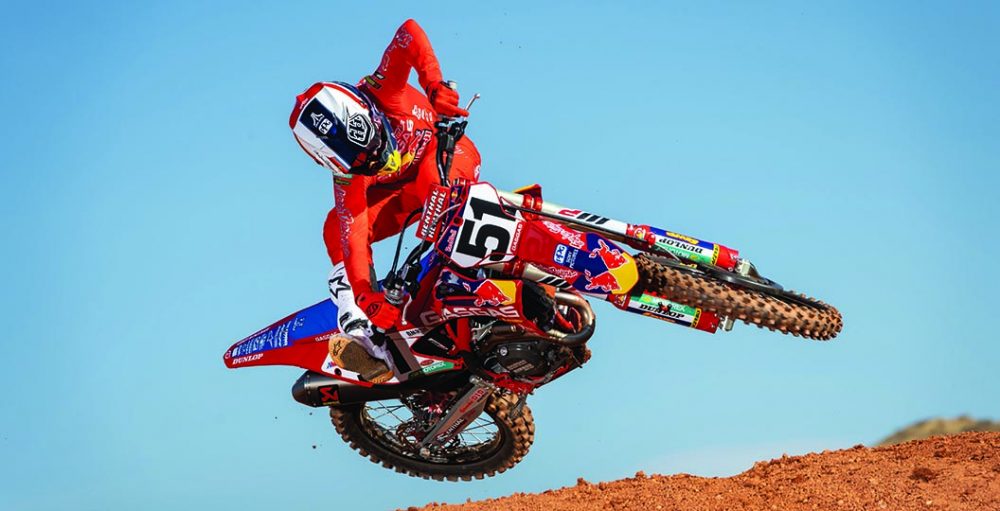 Troy Lee Designs confused just about everyone yesterday, as they posted a series of photos that hinted that Justin Barcia was dominating Anaheim 1. That was not the case, obviously, but the squad still went down to Angel Stadium to shoot the video below and create that illusion. Six days to go until the real race!