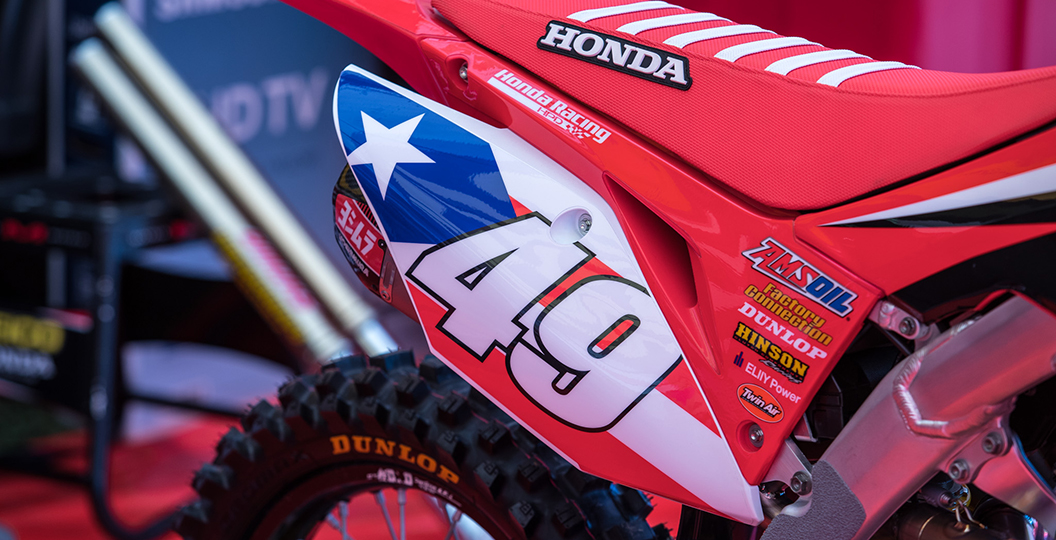 Team Puerto Rico will consist of Kevin Windham, Ryan Sipes and Travis Pastrana at the MXoN this weekend. It has been two months since that news first broke at a Lucas Oil Pro Motocross round, so most have grown accustomed to that baffling information, but the debate about whether a novelty team should be allowed to race continues to rage on. This is obviously the biggest race in motocross and must be treated as such.

The reason for this odd team is to raise money for Puerto Rico, as they are still struggling after a devastating hurricane tore through the area last year. Everyone involved deserves props for not only coming up with this idea, but not shying away from implementing it in such a public domain. Things could go sideways and those across the globe will be well aware. There has actually already been a problem! Ronnie Mac had to be removed from the team a month ago, for reasons that have not been released but are undoubtedly wild, and that has really changed everything.

Fans across the world adore Travis Pastrana and Kevin Windham, but Ronnie Mac is a polarising character. Now that he is not a part of the event in any form, not even on social media or for publicity purposes, there has been nothing but positivity though. There is just no place for a fictional character at a race as prestigious as this. There were complaints when Team Puerto Rico was first announced, but that really had nothing to do with the real guys. The difference is that Travis Pastrana and Ryan Sipes, as well as Kevin Windham, will be nothing but respectful. If they finish thirtieth and get lapped, then the first thing that they will do after the race is pull off their helmets and give props to the current stars.

Ronnie Mac, on the other hand, would have attempted to be funny and chucked insults around. It would have been hilarious in a setting like Red Bull Straight Rhythm, but not at the Motocross of Nations. This is not the place or the time. It is non-issue now anyway, because he is not involved at all as mentioned above. Team Puerto Rico have certainly added something significant to the MXoN, but it may not be possible to truly measure that until the hype begins to build for the next edition. All involved in the promotion process certainly have a reason to be thankful to those who generated such an amazing idea, something that a lot of people would have labelled as too ambitious.

Will Travis Pastrana, Ryan Sipes and Kevin Windham actually transfer into the main motos on Sunday? It is an interesting question that has not really been tackled in bench-racing discussions too much. A move has now been made that could really be a game changer. Ryan Sipes will not ride a TC 125, like he was originally pegged to, because he has opted for an FC 250. Sipes is a great rider and that will make him competitive in the MX2 qualifying race on Saturday afternoon. If he can finish eighth or ninth, which is extremely realistic, and then Kevin Windham ends twelfth in the Open race, they should slide through.

It is likely that the supporters will be relying on those two in the qualification races, because Travis Pastrana is an unknown quantity. Pastrana would have been labelled as that when the squad was announced, for obvious reasons, but has not ridden for a few weeks. After putting in a reasonable amount of time aboard his trusty RM250, his knees began to swell and that has kept him off of the bike for quite a while. Will they hold up in the races? It does not really matter, because the end result is not the goal, but it would be awful if a guy on Team Puerto Rico exits with an injury. It is fair to say that is something that most can universally agree on.