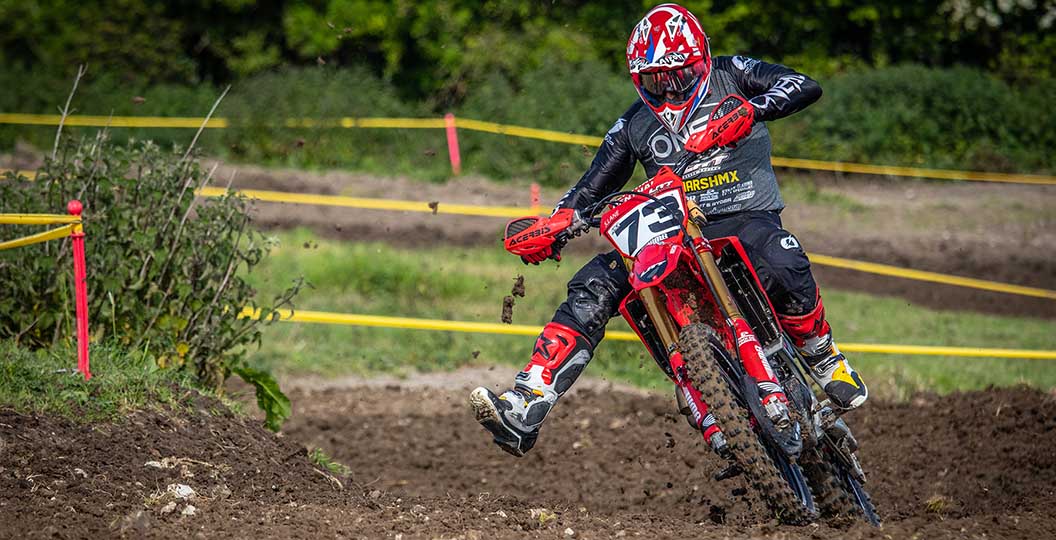 What a weekend for the AMCA Championship with round four taking place at a new track to the series, Bushton in Gloucestershire. The weekend featured full line-ups of MX1, MX2, 125, Youth and Vet riders. All of those battling out for those extra championship points, but with a couple of wildcard riders turning up in the MX1 class it certainly made the championship favourites push that little bit harder and put the extra graft in to get as many points as possible. Get a gallery from Bushton.

The MX2 class went out first on Sunday morning. We had the strong looking Ryan Crowder taking P1, a confident-looking Josh Coleman taking P2 and Luke Dean with a broken toe in P3. Next up we had the Vets Class, which showed the return of Sean Smith and James Lane not noticing his pit board in qualifying which put him down in twentieth place. That left the door open for Jamie Powell, Sean Smith and Simon Lane to take the top-three spots.

Next out we had the youth class, which saw championship leader Matt Tolley take P1 shortly followed by Harry Ridgeway and Yarin Evans. With all eyes on the MX1 Class, we had the 2 wildcard riders of Adam Chatfield and Jamie Skuse going one and two. JSR Thunderoad rider Ashley Thomas put in his best qualifying of the season so far with a third. Get all of the race results from the weekend.

The track was changing with every lap at Bushton, which has now put the top five riders in the MX1 Class within nine points of each other! It is all to play for heading into round five of the championship at FatCat Moto Parc on June 2. To hear MX Vice’s podcast from Bushton, click here.