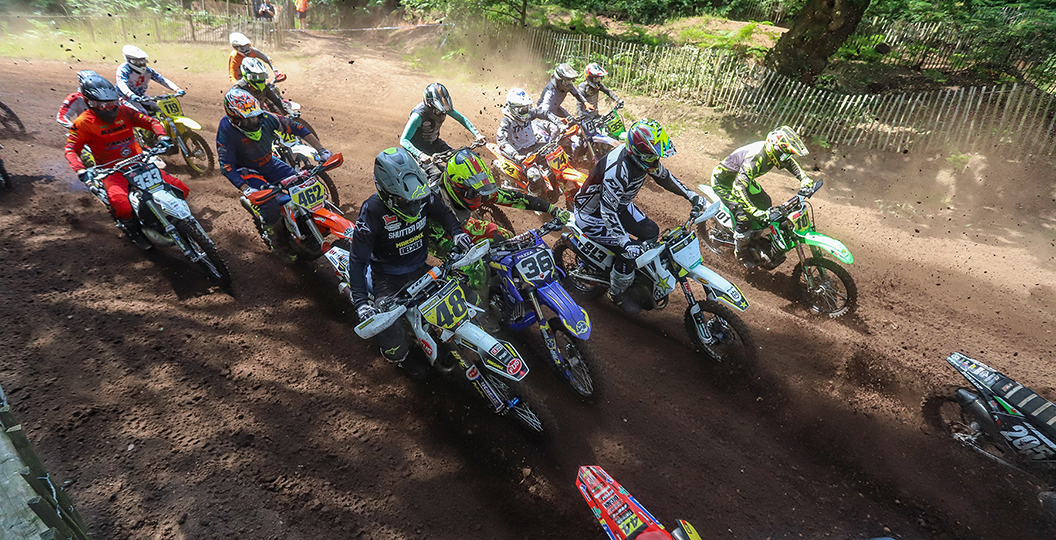 Heading down to Oxfordshire this weekend for Round 8 of the AMCA Championship, Yes were at round 8 of the Championship already! Culham, a firm favourite on the calendar this season we will be watching the likes of Current Championship leaders Shane Carless (MX1), Jamie Powell (Vets), Matt Tolley (Youth 85), Jamie Wainwright (MX2) and Lewis Dowdeswell (125) battle it out on the fast paced circuit.

Coming off the back of the historic Hawkstone park circuit only a few weeks ago, it will certainly change it up this weekend with the addition of the 300 point advantage, Which we discussed at the start of the year (Where if riders completed 5 club rounds they gained an extra 300 championship points) , But will we have a few random wildcards like we did at Hawkstone? We cant wait to watch!

The 125 Class will be one to watch with only 39 points between series leader Lewis Dowdeswell and Chris Povey, It could all be to play for this weekend especially with Top 5 runner Brad Malin out due to injury. Further down the field we have Ben Watkins, with a rather shaky start to the season seems to have redeemed himself and currently sits in 4th position in the championship, Shortly followed by Jordan ridgway and Nathan Bache.

The MX1 Saga continues also with a Confident looking Neville Bradshaw sitting in 3rd position, with James Dodd only 36 points in-front, after taking the IMBA Win a few weeks ago can the JSR Thunderoad rider Dodd knock Shane Carless off the top step with only 39 points between them? Make sure you keep your eyes open this weekend! Not forgetting the likes of Josh Waterman, Gary Gibson and Ashley Thomas hot the heels this weekend it will be a battle to the finish im sure.

MX2 is just as excitable, With the continued battle between Jamie Wainwright, Kristian Whatley and Ryan Crowder, But now with Wainwright pulling a confident 113 point lead from Whatley after Hawkstone Park, it seems to be with 3 more rounds to go in the championship will Whatley pull any points back against Wainwright, And with Luke Dean finding his flow at last weekends IMBA round could he be a podium contender this weekend also?

Jamie Powell also sits a comfortable 94 points in front in the Vets championship, Followed by the LRT Honda rider of Simon Lane, With his brother James Lane currently sitting 4th in the standings. Craig chaimberlaine, After a change of manufacturer half way through the season sits in 3rd position.

The battle between Matt Tolley, Ezra Blackwell and Harry ridgeway is still going strong in the youth 85 Class, With only 39 points separating the top 3, and one point between Blackwell and Ridgway for second and third! The youths will be one to keep an eye out for this weekend.

Want to head too Culham to watch? Pop OX14 3DA in your satnav and we will see you trackside.