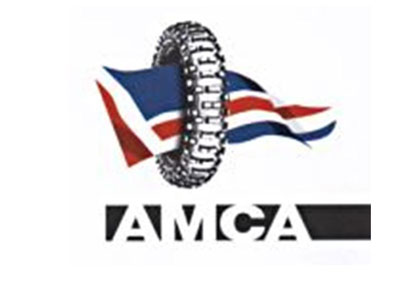 AMCA Wulfsport Masters – round 2 round up

Yes it was the Masters this weekend just gone. No not that golf nonsense we mean the AMCA Wulfsport Masters at Foxhill and to give you the low down here’s a report from Mike Wood sent to us courtesy of the main man Ken Winstanley. Keep up the good work fellas!

It’s certainly early advantage Kristian Whatley and Neville Bradshaw in the race for the respective 2012 Pro MX1 and MX2 class titles following an all-action round two of the super AMCA Wulfsport British Masters at Foxhills on Easter weekend. Once again Whatley blasted his PAR Honda to both MX1 wins,picking up another cool £1,000 cheque whilst Bradshaw on his Evotech Stevens Honda just edged out the flying local Swindon lad James Dunn to take MX2 honours. Also hitting the headlines at the former GP circuit were both Matt Moffat (Putoline Two-stroke) and Jake Alsop (Michelin Masters MX1) as they blasted to impressive, unbeaten class wins.

With a large crowd looking on, there was to be early drama in the opening Battery Energy Drink supported Pro contest as one of the expected favourites, Stephen Sword was forced out on lap one with a puncture.Although Swordy did rejoin the contest following a quick wheel change, his race was over as the immaculate Whatley stormed to victory. The ride of the moto though belonged to young Dunn, hanging onto a brilliant 2nd spot aboard his HM Plant KTM ahead of Bradshaw, Moffat, Scott Elderfield and Graeme Irwin.

Desperate to make amends, Swordy was very quick out of the trap in moto two,leading the opening couple of laps before that man Whatley again took control. On lap seven,Bradshaw then also overhauled Sword and that’s the way it remained right to the flag.With another super charge,Dunn moved from 9th up to 4th and was even rapidly reeling in Swordy as Josh Waterman, Irwin, Luke Hawkins, James Cottrell, Elderfield and Moffat held down top ten positions and were always in contention. Clinton Barrs, Sean Frayne and Paul Neale all represented the AMCA in the Foxhills Pro racing with Barrs 10th overall in MX1 whilst over in MX2, Frayne was 13th and Neale 14th, all three lads giving a very good account of themselves.

There was certainly no doubting the Foxhills star performer in the Putoline Two-stroke class at Matt Moffat blasted to a brilliant four moto wins. Showing it’s incredible popularity,a superb entry of 33 riders took to the line in the two-smokers but no one could halt the storming Moffat! On day one, Joe Jones and Daniel Brough proved to be his closest challengers whilst in Sunday’s racing, James Dunn was the runner-up on both occasions. Although Dunn may have been slightly unhappy with his Saturday performance, he did still take some consolation in gaining top slot in the Two-stroke MX2 overall class awards ahead of Sam Winterburn and Alex Davies.

The GSP Race Products MXY2 contest at Foxhills was dominated by a quartet of very determined racers as Liam Garland, Dan Thornhill, Jay Thomas and Joe Bamfield filled the top four places in every moto contested. Taking top slot was Kawasaki mounted Garland who won three races, his only defeat coming in moto two when Thornhill took glory. With the above lads in such irresistible form the next best in this group were Scott Aldridge and Rickie Roderick.

After bagging maximum points during round one at Mallory in the Moto Pro Suspension Mini Masters BW85cc contest, Jordan Moxey had to settle for 3rd spot in the opening Foxhills moto as he chased Charlie Putman and Tyron Cleaver home. From here onwards though, Moxey was again to be the boss winning all three remaining clashes and also the overall verdict from Cleaver and Luke Craig. Over in SW 85cc,first round winner Henry Siddiqui was again the top pilot, bagging three moto wins and another top slot on the podium. At Foxhills the immaculate Siddiqui was joined on the box by Taylor Hamill and Harry Kimber.

In the very competitive Scott Acerbis Amateur MX1 class, Darryl Maxwell(2), Dexter Marks and Glenn Fletcher scored the moto wins. Despite only starting with a 9th place, Maxwell went onto still earn the overall victory, joined on the podium by Matthew Thomas and Jamie Dobson.Whilst Maxwell’s weekend just got better, in contrast Marks was to suffer a reverse of fortunes, finishing with a no-score which restricted him to a final 8th overall.

Zook Clothing Amateur MX2 produced plenty of super action at Foxhills, typified by a last moto in which Aled Bellis, Jack Cox and Ryan Crowder hotly disputed the race leadership.The win was to be eventually claimed by KTM mounted Bellis who was also the overall victor. Runners-up spot in this class belonged to TM pilot Charles Statt with Cox climbing aboard the last spot on the box. Cox had earlier scorched to the opening Amateur MX2 win of the weekend but a lowly 15th place in moto two was to dent his hopes of taking home the £150 on offer for topping the overall scorecard.

After bagging the overall Michelin Masters MX1 victory at Mallory, Jake Alsop was at it again during the weekend’s Foxhill bash. On this occasion though, Alsop did it in style with a superb maximum points score. In three out of four moto’s, Jamie McCarthy was Alsop’s closest challenger, also eventually earning the runners-up trophy ahead of Samuel Kirby, Jamie Wilson and the hard charging two-stroke pilot William Orritt. Just like the Mallory contest, Adam Wells and Emerson Jones were the top two aces in the Michelin Masters MX2 pack with victory going to the former. In the Foxhills motos, Wells(3) and Jones(1) took the wins with Aidan Wigger, Steven Turvey and James Milne the next best.