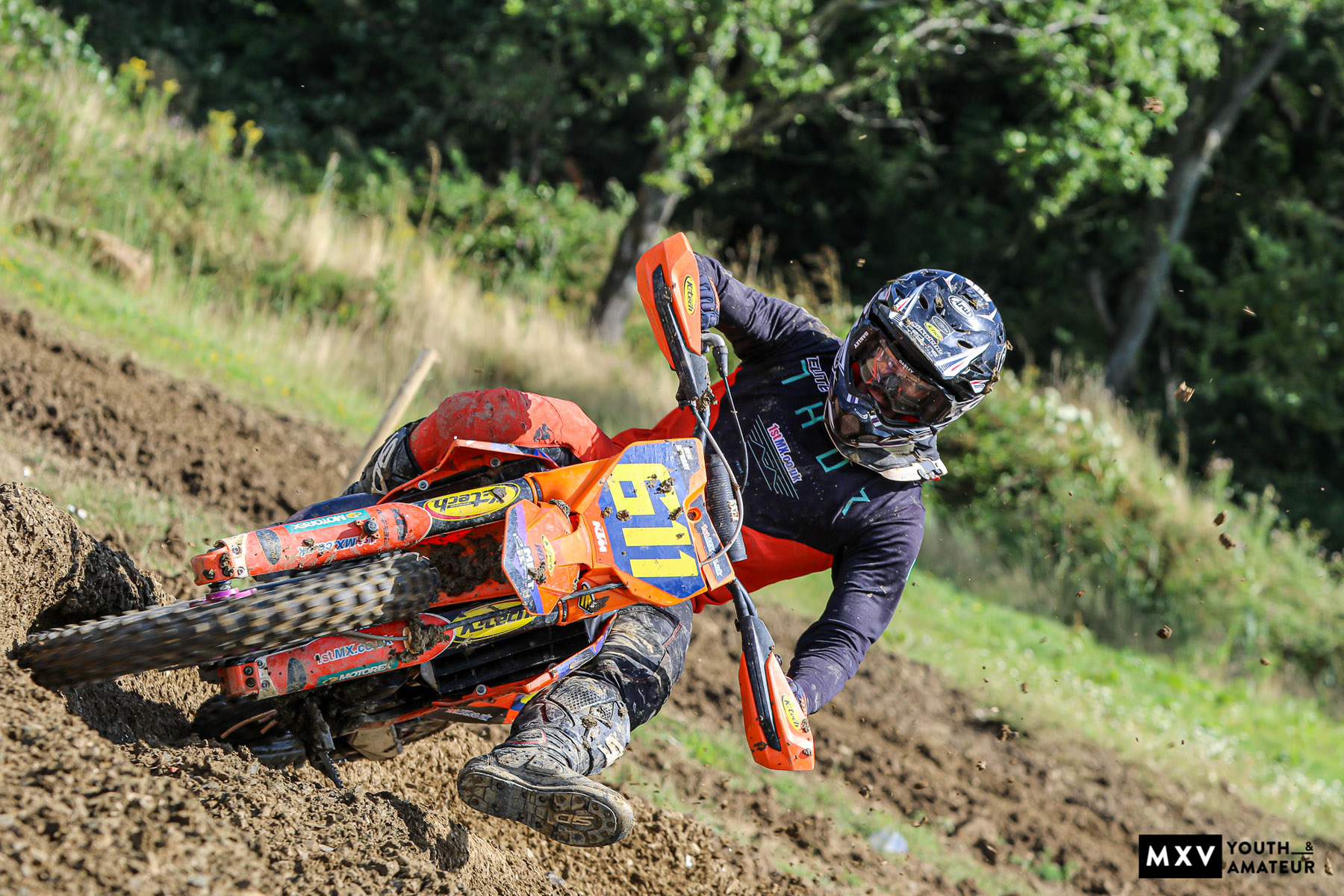 The Final round of the AMCA Championship is here! We head to the circuit of Long Lane in Telford this weekend on Sunday the 1st of September, To watch the championship contenders battle it out for the Top podium spot.

The MX2 class will be one to watch this weekend, With the current leader Jamie Wainwright, He needs just one race win on Sunday to sew up the 2019 MX1 Title, But with the injured Kristian Whatley sat 121 points behind, He will have his work cut out to stay in the top three this weekend as he will come under pressure from the like of Josh Coleman and Ryan crowder, But will Corey Southwood Change things up again with taking another overall win like at brookthorpe? We can’t wait to watch! Luke Dean also is chipping away at that MX1 Podium, Currently sitting in 5th position.

Looking at the future of the AMCA Championship this weekend, We have the current leader of Matt Tolley, After a dominant display of race craft throughout this seasons championship, He currently sits 152 points clear of second place man Harry Ridgeway. Like Wainwright, All Tolley has to do is finish P13 or higher in the first Moto Sunday morning to claim the title. To check out the championship standings click here https://speedhive.mylaps.com/Championships/76790

The explosive MX1 Class will be some finale heading into long lane, With only 28 points separating Shane Carless and DK off roads Neville Bradshaw. With James Dodd and the 2018 AMCA Champion Josh Waterman Still in the runnings for the top step. After struggling with a tough shoulder injury from Culham we have the ever consistent Luke Mellows sitting in fifth, but can he potentially move up a few places on the standings?, The MX1 class will bring you three action packed races to keep your eye on this weekend.

And my favourite class of the series, (As you all probably know if you listen to the podcasts) is the 125’s! Current championship leader Lewis Dowdeswell just has 12 points separating him and the FUS Marsh MX Husqvarna rider of Chris Povey, So the battles between those this weekend will be something else so make sure your track side!

Want to head to the Championship finale? Pop TF6 6HR in your Satnav and we will see you there!