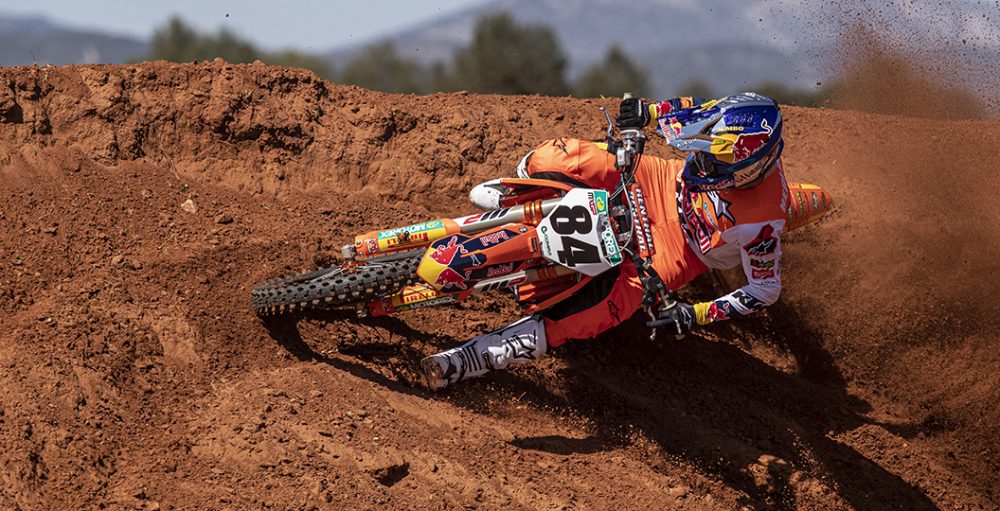 A small pre-season international was run in Montgueux, France, today and it did not receive too much attention. Who cares, right? Well, almost unbelievably, Jeffrey Herlings turned up for some hard-pack practice. This was far from a Grand Prix track, but the surface was insanely hard. Good practice for the Grand Prix of Russia in two weeks! Aside from Maxime Desprey and Xavier Boog, there are not many recognisable names in the premier-class field. Results are in a raw format below.

“For me it is really hard, this track,” Herlings said about his day. “In MXGP you do not really find anything like this – the track is so hard and we were struggling. We had a lot of power in the beginning and we could not really handle it. We made some adjustments and in the last two motos it was better. French riders on French tracks are something special and they are fast. For me it was difficult to have something like this, so hard and slick, but it was good preparation for Russia in two weeks.”